We came a long way from London, Madrid, and Barcelona and our next destination was none other than Paris, France. We booked a very early flight, departing from Barcelona T2 airport at 8.35 am. Buses starts at an ungodly hour schedule, but we were lucky to catch the bus to the airport, otherwise we would be stuck in Barca, which is not really a bad thing actually, but we wouldn't want to waste the air flight ticket, no?


It was at the terminal we met two friendly Indonesians, whom coincidentally went for the World Youth Day as well heading towards Paris. We immediately clicked, coming from almost similar backgrounds and neighboring regions back in South East Asia.

Upon landing, we bought our tickets to the city, which easily costs us a few hours just for waiting (for the bus). Unlike LCCT back in Malaysia, the buses to the city are scarce, almost 45 minutes per wait. There were a number of agitated and impatient Spanish who were complaining all the way during the wait. Fortunately, we only waited for 2 cycles before boarding the next bus.

The journey to the city took us around an hour or so, and the first song I heard over the bus radio was Je Ne Veux Pas Travailler, which was the only French song I have in my song playlist in my Mp3 Player, how coincidental.

Reaching Porte Maillot Metro Station, we immediately bought our daily train passes to travel to our accommodation. We traveled to Jules Joffrin Station, went up the Hermel street and turned to Rue Ramey to  Le Montclair Montmartre Hostel.

Different in many ways compared to Sant Jordi over in Barcelona, this revamped old building was converted to a low budget hostel that conveniently accommodated a number of backpackers. Because this building was  old, there was no lift to our room on the 5th floor, we had to traverse the flight of stairs up with our huge backpacks.Quite a work out I would say :)

The receptionists are very helpful and friendly, which is a tremendous thumbs up, I highly recommend this hostel by the way. The Indonesians, Johan and Christa are staying at a different hostel, so we agreed to meet at the first designated location, the Sacré-Cœur.

It is located in Montmartre, so we decided to walk there, after all that was what recommended by Montclair as well. Upon reaching there, yet again, flight of stairs up to the highest point of the city. The Sacred Heart of Paris, a Roman Catholic Church and minor basilica is dedicated to the Sacred Heart of Jesus.
An awesome architecture at a summit that over views the Paris skyline. Breathtaking!

Of course, once you are there, do visit the Montmartre market, you can find dainty Patisseries and street artists who would paint your portrait for a fee. 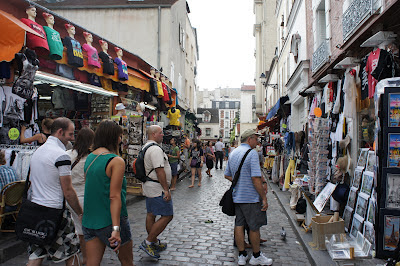 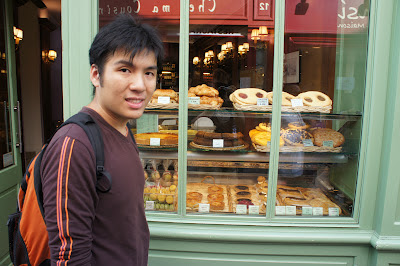 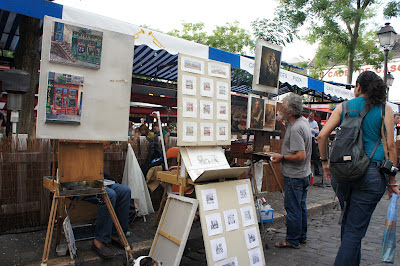 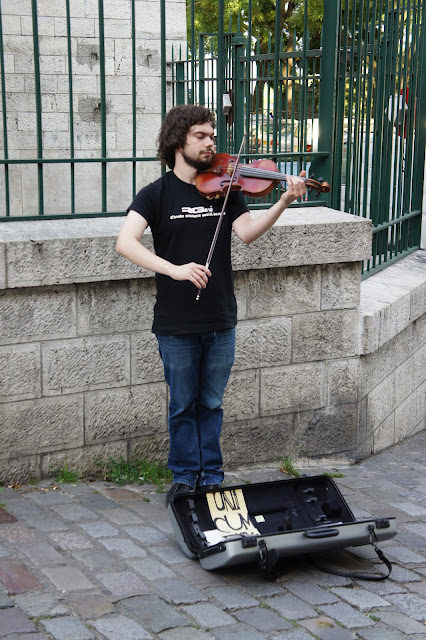 We had our dinner around the area as well, nothing too fancy though but sufficient to call it a satisfying dinner. 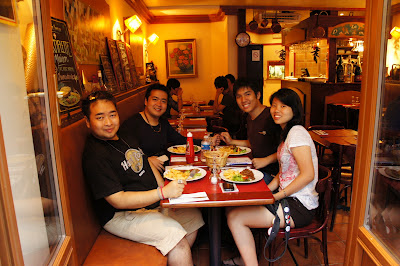 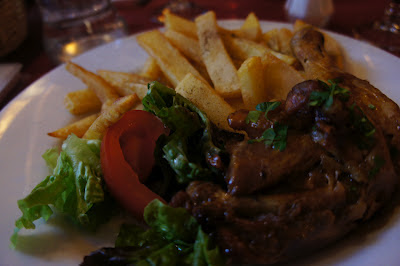 Our last stop before calling it a day was Moulin Rouge, the world famous Red Windmill located at the district of Pigalle, pretty much a red light district over in Paris. 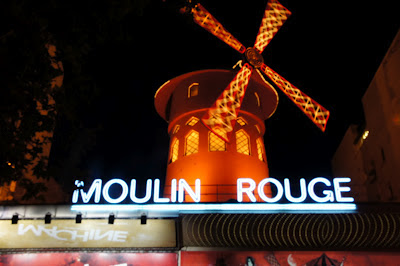 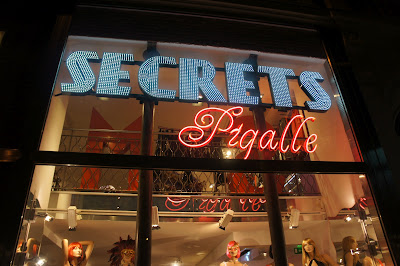 Voulez vouz coucher avec moi, ce soir? Tempted to hum that but we were kinda drained out from the walks earlier. Also, we needed the rest since we planned on visiting the iconic Eiffel Tower first thing in the morning. Another day, another adventure :)
Posted by Unknown at 9:03 PM