We woke up pretty early, and enjoyed a complimentary breakfast from the hostel. Pretty decent breakfast, and the breakfast lady was stern in food allocation to prevent people from taking one too many of any items. 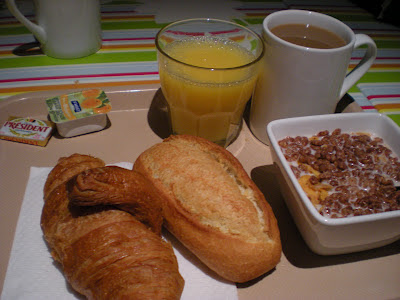 Traveling via the Parisian Metro is unlike Asian countries, there don't seem to be morning rush hours where not many people were seen rushing to the trains. Anyhow, we managed to get to Tour Eiffel metro quite early to climb the Eiffel. The queue was considerably long when we arrived, luckily the sun wasn't scorching just yet. It was not a long wait, approximately 20 minutes plus before we managed to buy our tickets. 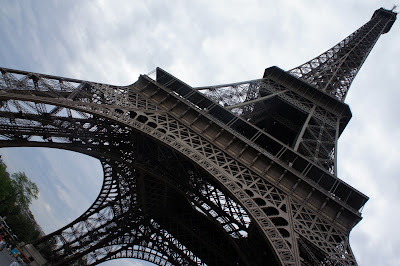 The view from the top of Eiffel is simply breathtaking. I had a sudden weird fantasy of jumping off the Eiffel, bungy style. 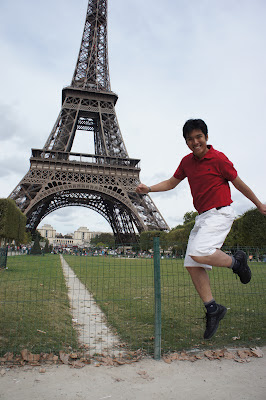 Anyhow, upon landing & camwhoring taking pictures in front of Eiffel, like a tourist, we continued our tourist streak by cruising through the Seine river. The greatest sights aside from the aerial view is arguably from the Seine, we passed by most of Paris' famous buildings, notably Eiffel Tower, Quai Branly, Orsay Museum, Louvre Museum, Notre Dame and more. There were commentaries from the cruise attendants when we pass by the notable locations along the way. 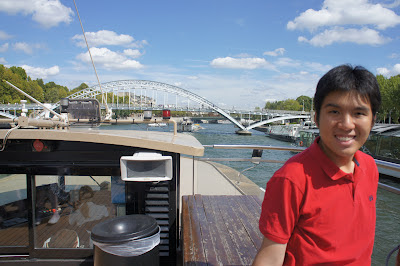 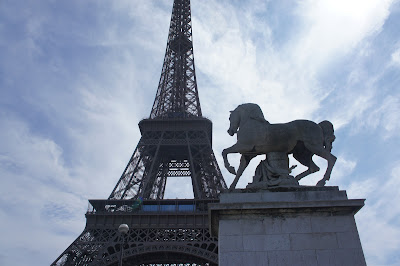 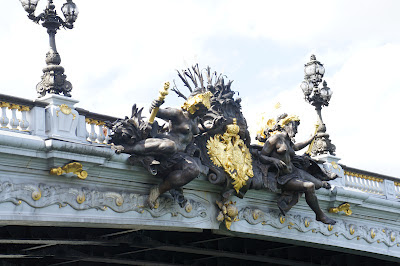 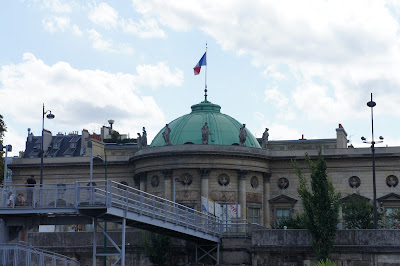 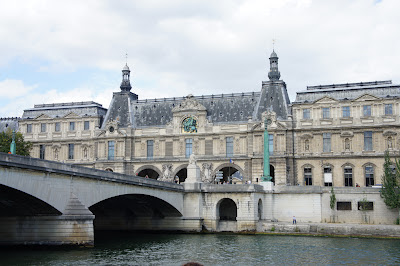 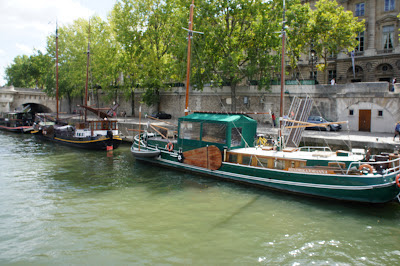 Alighting the cruise, we then made our way through to Paris's Panthéon, located in the Latin Quarter. Unlike the Pantheon in Rome, this building was originally a church dedicated to St.Genevieve but it has now become a mausoleum that holds the remains of a number of France's distinguished citizens. 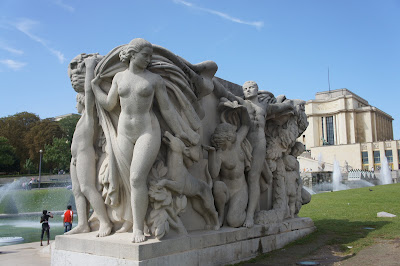 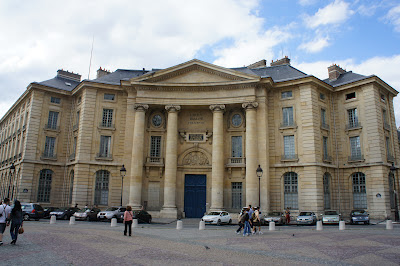 We then made our way to Jardin du Luxembourg, parks like this is what could motivate me to do a morning jog, cycling in the park and have a nice cuppa coffee, without the humid weather back home. LOL. That is why air conditioned cafes are doing so well back home, oh well. 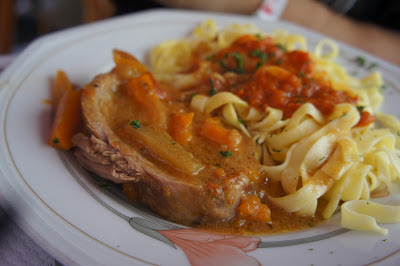 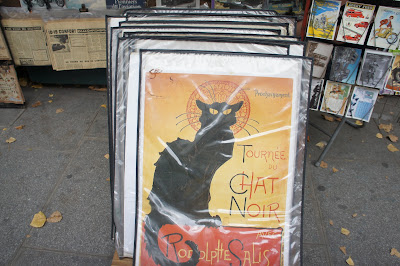 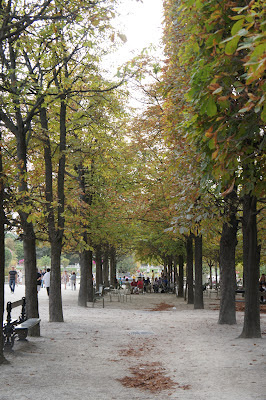 Notre Dame, one of the most famous cathedrals in the world was our next stop. Its French Gothic architecture is simply amazing. My friends Larry and Johan took the opportunity to have a confession session in Notre Dame, a great experience for them I guessed :) 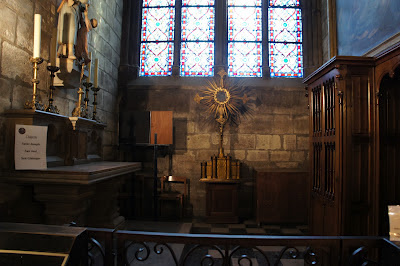 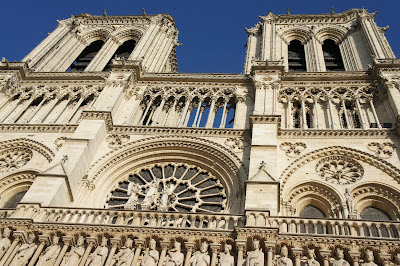 On the opposite of the spectrum of Paris' older buildings is the Centre Georges Pompidou, state of the art architecture and it functions as a vast library there. Christa was excited about coming here, architecture fetish I supposed :) 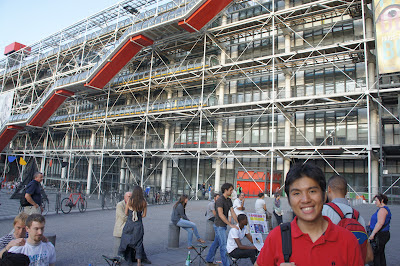 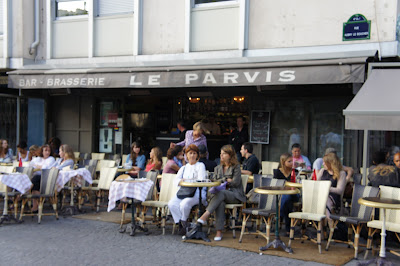 Oh, we met a friend of mine, Vincent whom I met back in my university days, who was back in his hometown then. He took us on a walking tour, so to say, and arrived at the Lourve not too long later.
Unfortunately it was pretty late when we arrived and it is already the closing hour. We did however spent quite some time outside the Lourve, and reenacting the scenes of The Da Vinci Code. 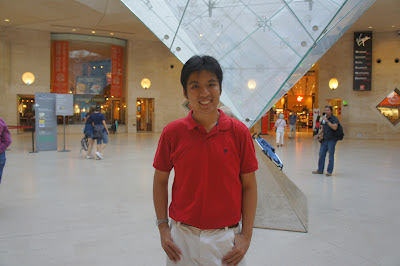 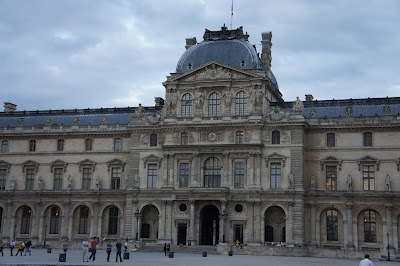 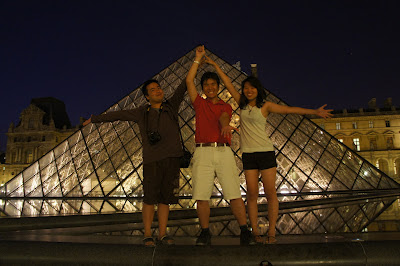 Before heading back, we stopped by at Trocadero, for the night view of the Eiffel. There's more to Paris than we anticipated, and we can't wait for the Versailles and other famous locations visit the next day :) 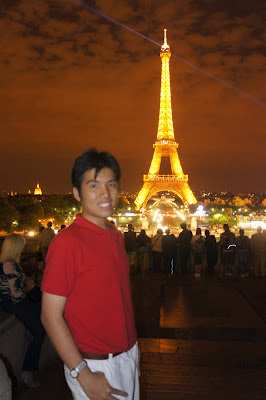