Continuing the adventure of the day before (read here), we continued our Tokyo stay and dedicated half of the day in Odaiba  (お台場), located at Tokyo Bay. Primary reason to visit here is to pay a visit to the gigantic Gundam located there.


We started the day with the breakfast provided by our hostel, an extensive selection of tea, black coffee, toasts and hot miso soup. Moderation at it best, we were satisfied with the 'free' breakfast, you can opt for further variety (charged separately). We checked out after breakfast since we would be spending the whole day out. 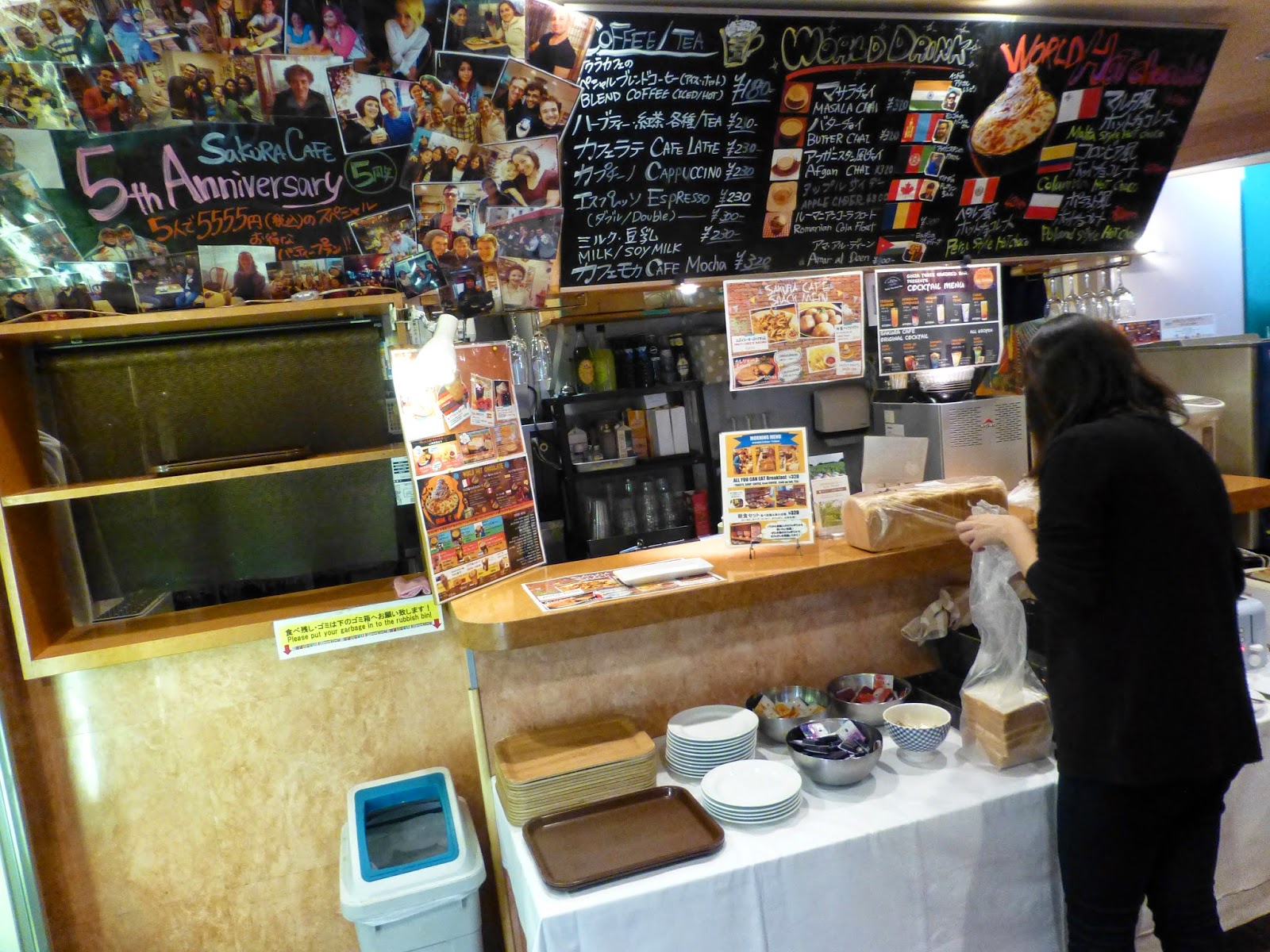 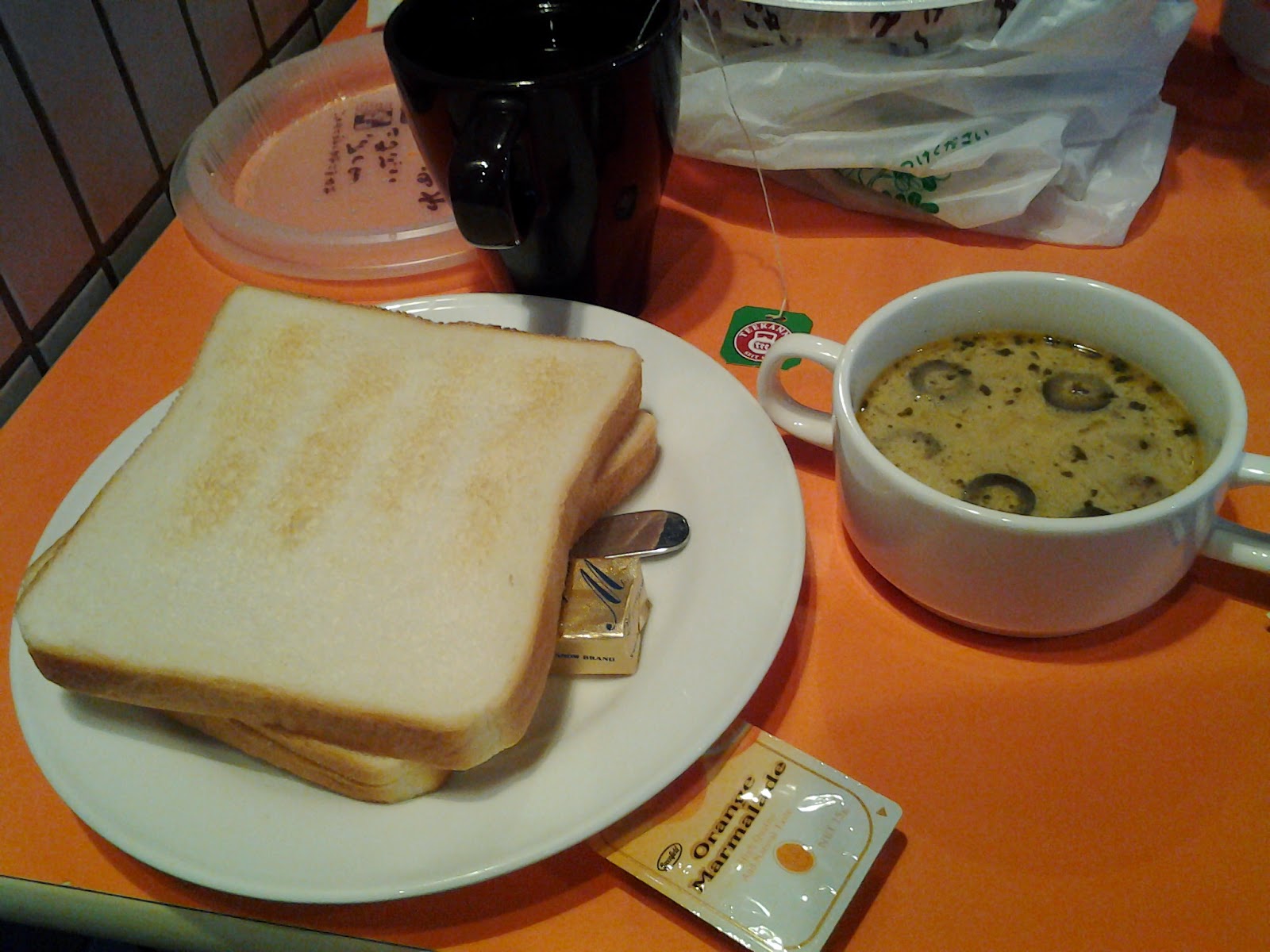 Our first stop was the Shinjuku Sumitomo Building (新宿住友ビルディング), mainly because our bus to Kyoto that night leaves from the Willer bus terminal there. It is 5 minutes away by walking from the The Tokyo Metropolitan Government Building (東京都庁) in Shinjuku, where we can have a skyscraper height view of the city. Utilizing the lockers there at the Sumitomo Building, we then ascended the Metropolitan Government Building. The two panoramic observation decks, one in each tower on floor 45 (202 meters high), are free of charge to the public (good for freebies tourists and locals alike) and contain gift shops and cafes (though the cafe are not exactly to shout about). 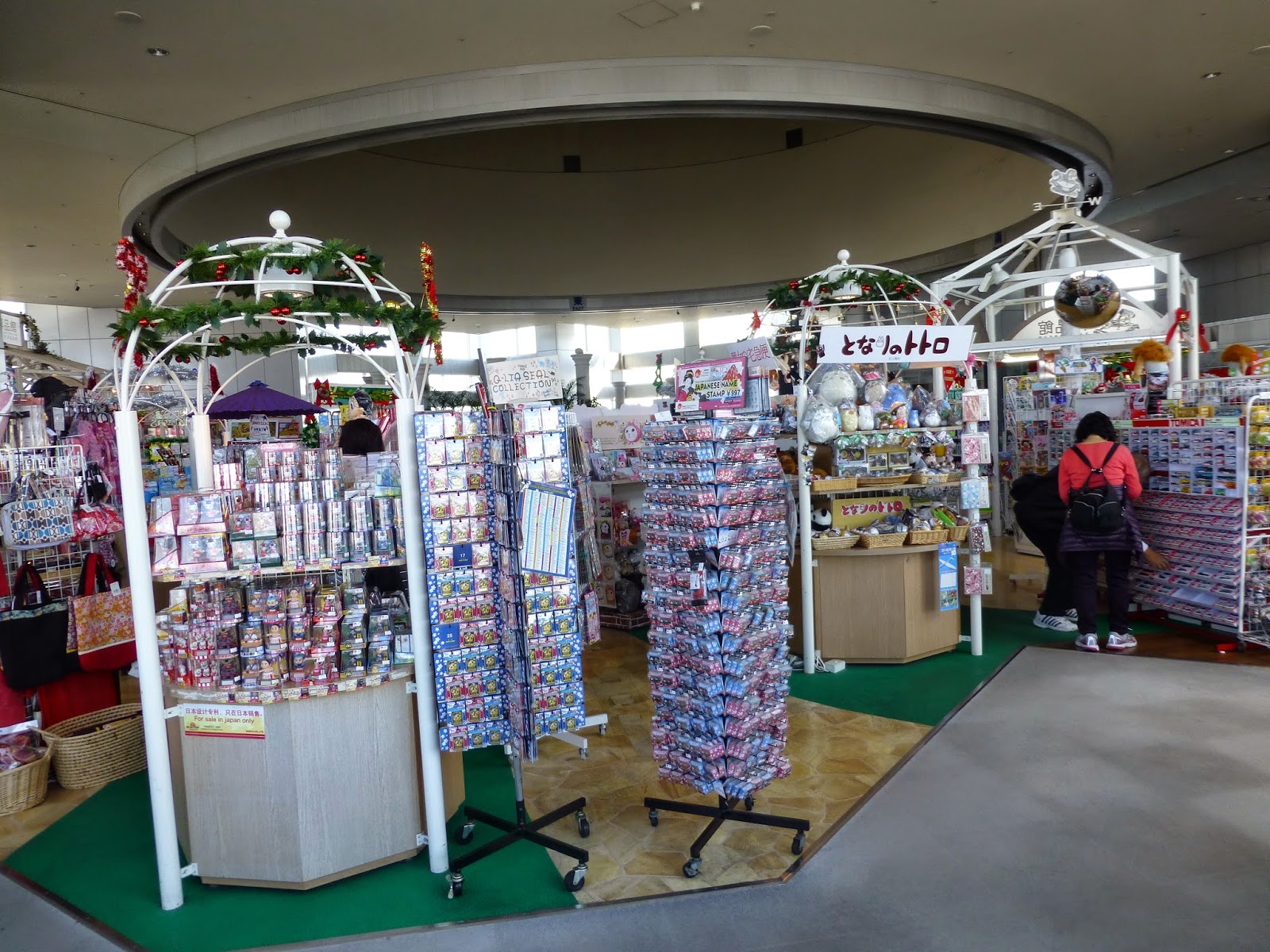 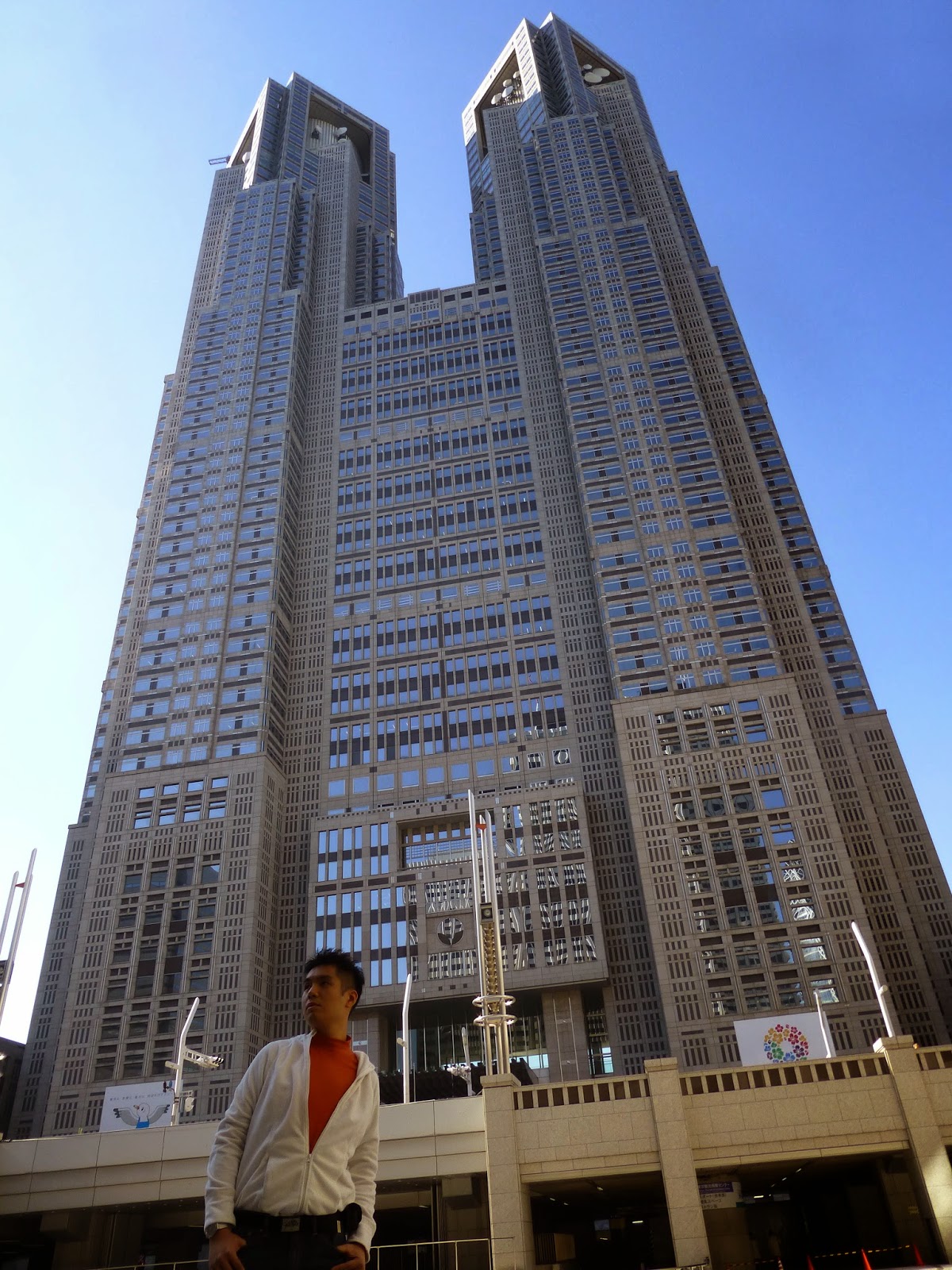 Getting to Odaiba from the Shinjuku Sumitomo Building, requires about an hour (quick 350m walk to Tochomae Station, take the Oedo Line towards Roppongi/Daimon, alight at Shiodome Station to take the train at Tokyo Waterfront New Transit Yurikamome towards Toyosu. To get to Odaiba, alight at the Daiba Station, this should cost about ¥580).

Arriving at Odaiba, the first thing we looked for was lunch. We settled for Pomu no Ki (Aqua City), for some Omurice, the Japanese take on Pattaya Fried Rice, the fried rice wrapped with omelette and drenched with either curry or demi-glace sauce. The Omurice is normally quite filling, and it was quite a sumptuous lunch I may add.

Among the attractions in Odaiba include the famous malls here, Aqua City, Diver City and Decks. We only focused on Aqua City and Diver City as we only had half a day to spare here if we would want to get back to Shinjuku to catch our night bus on time. Of course, you wouldn't miss the replica of the Statue of Liberty and the Rainbow Bridge, another two notable landmarks in Odaiba.

If you have the time, do venture further to Fuji Station, as well as Palette Town (that homes the Ferris Wheel Daikanransha and Megaweb, the exhibition hall of Toyota).

Right in front of the entrance of Diver City is the oh so awesome 18m high Gundam model, which is kind of synonymous with the main reason why anyone would come here. Here we can find the Gundam Cafe as well as the one stop for all Gundam fans, the Gundam Front Tokyo. From exhibition to model purchasing, if you are into Gundam, you definitely need to get here. 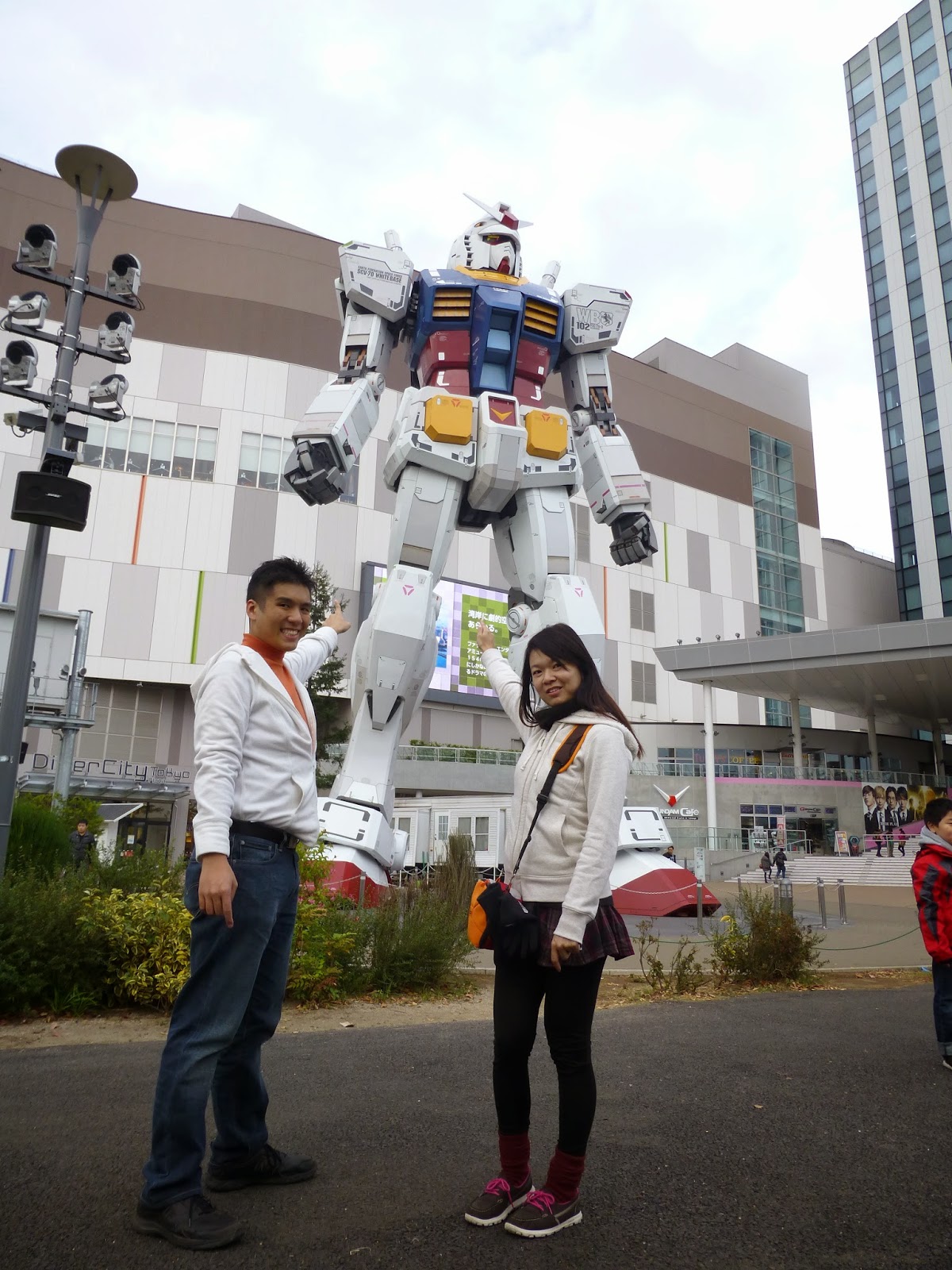 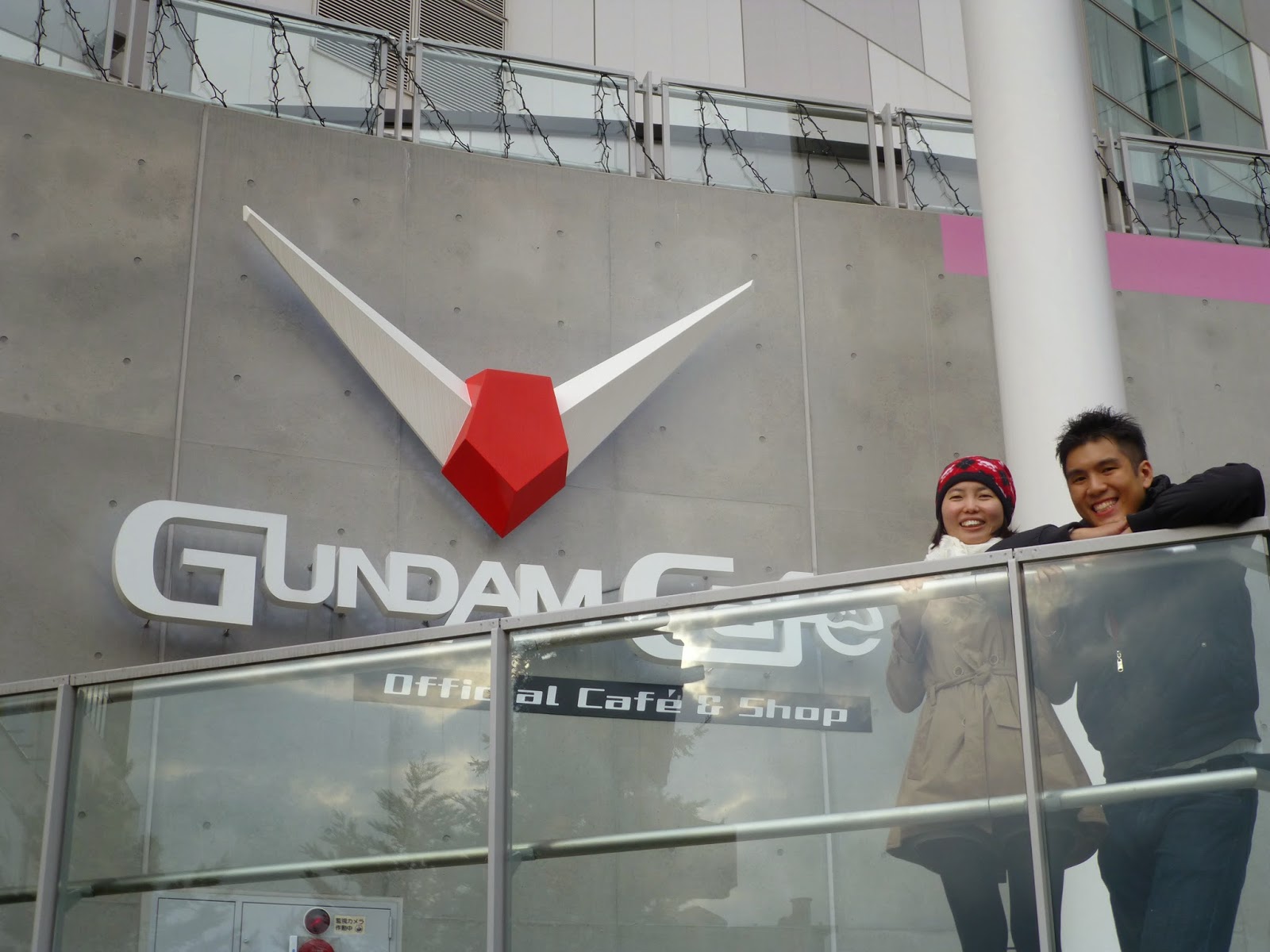 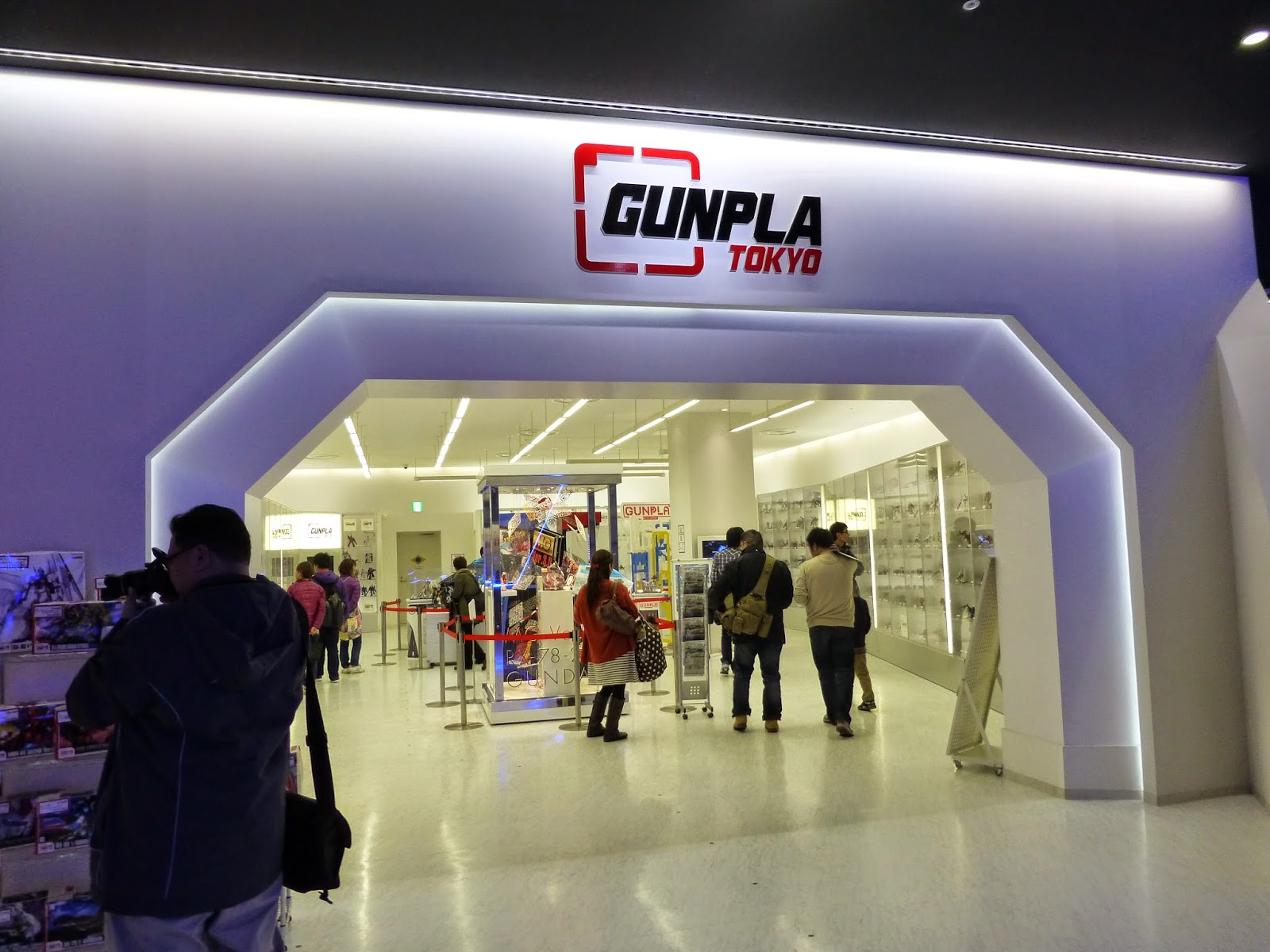 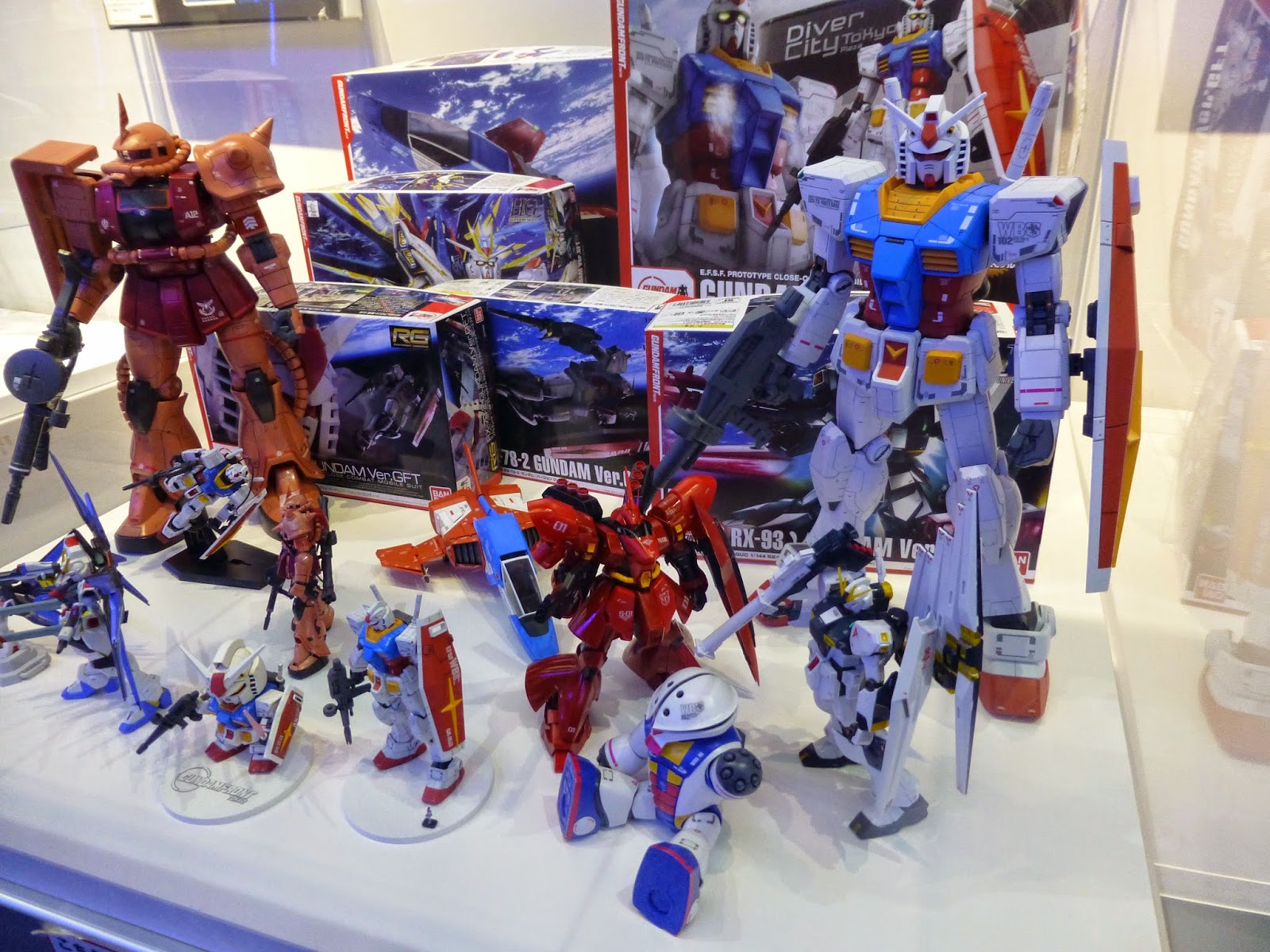 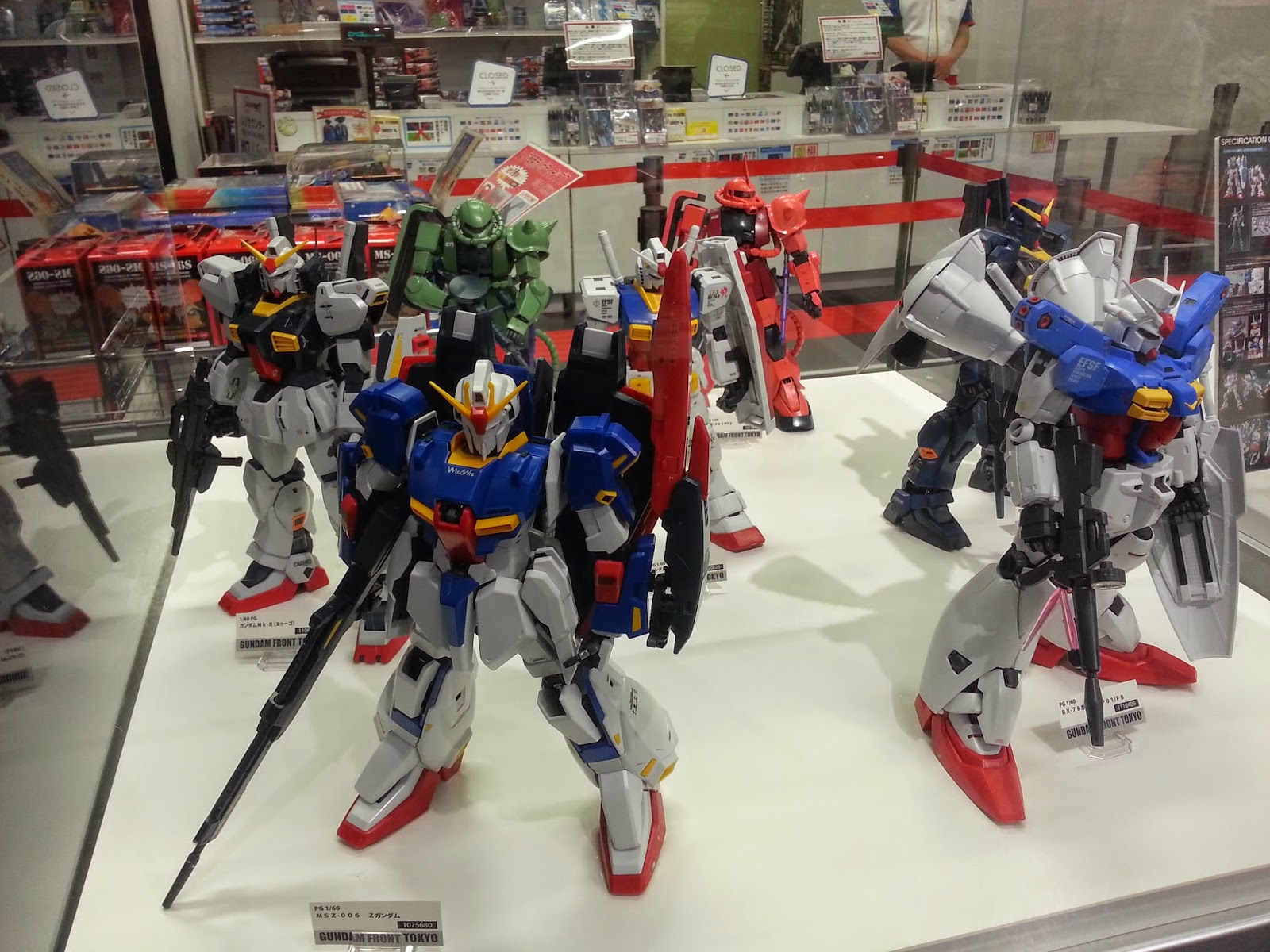 After the 'Gundam Tour', we then made our way to Sensoji (金龍山浅草寺), the ancient and probably the most well known temple in Asakusa, Tokyo. People flock to this Buddhist Temple (dedicated to bodhisattva Kannon, Avalokitesvara) and the Asakusa Shrine, the Shinto shrine adjacent to Sensoji. The nearest station is the Asakusa station, which is about 5 minutes walk to the Sensoji. Like many of the temples in Japan, there are omikuji stalls, whereby you can get your fortune told by the oracle (with donation to the temple in return) and purchase souvenirs and amulets. 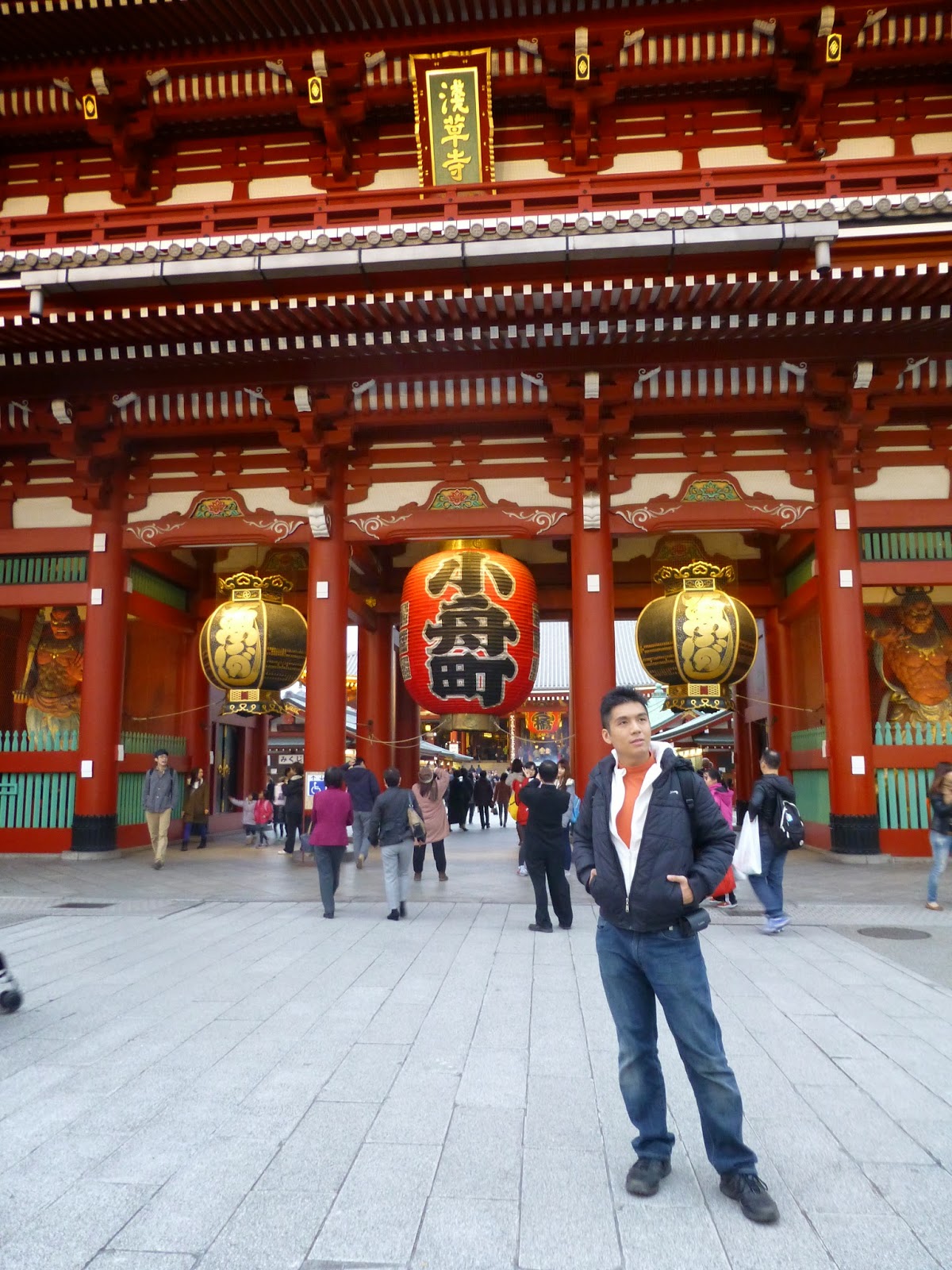 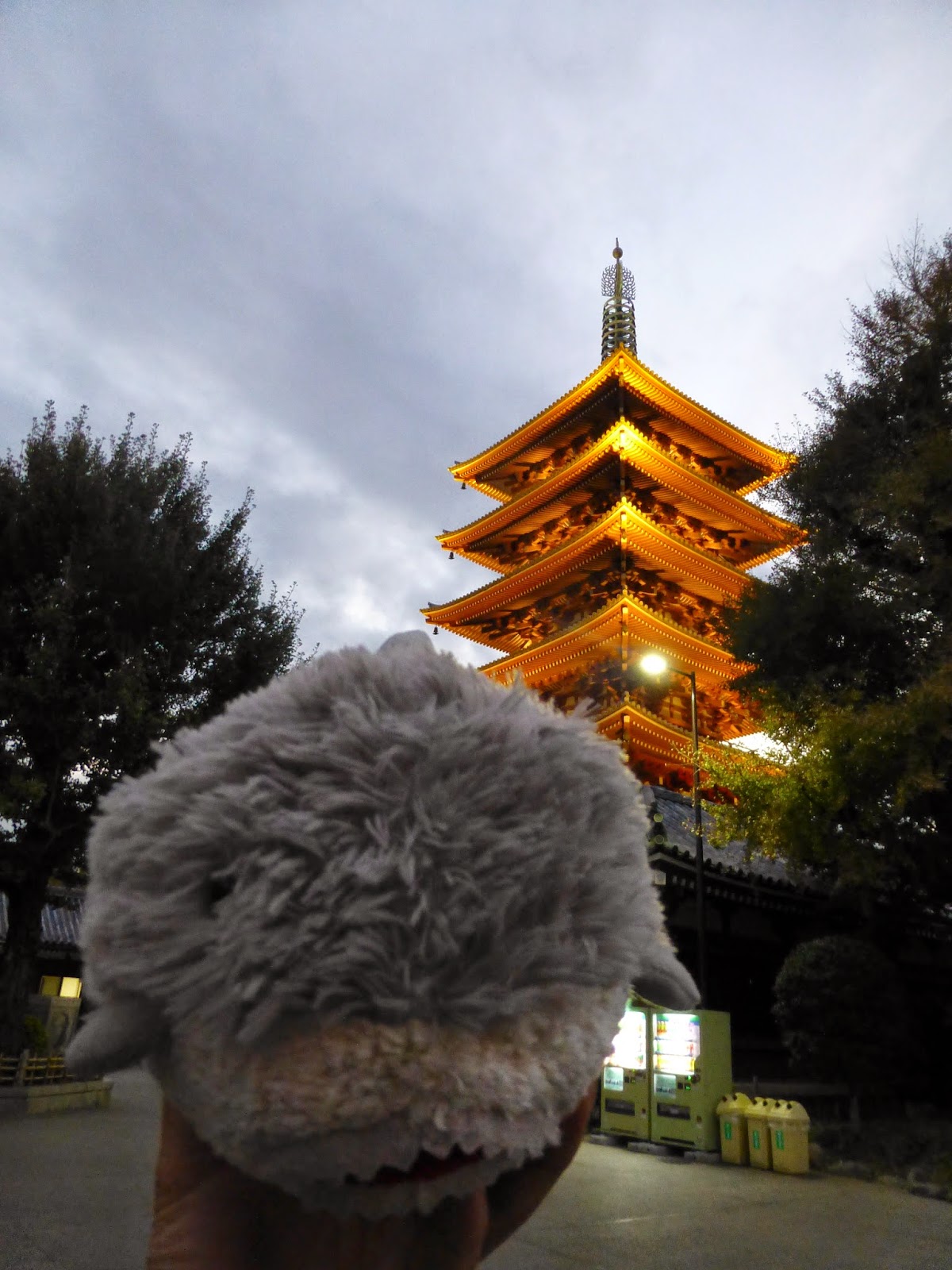 The Nakamise-dōri (仲見世通り) is a street on the approach to the temple, abundant with street food and souvenirs. It is more vibrant towards the evening/night, that's the best time actually to visit :) 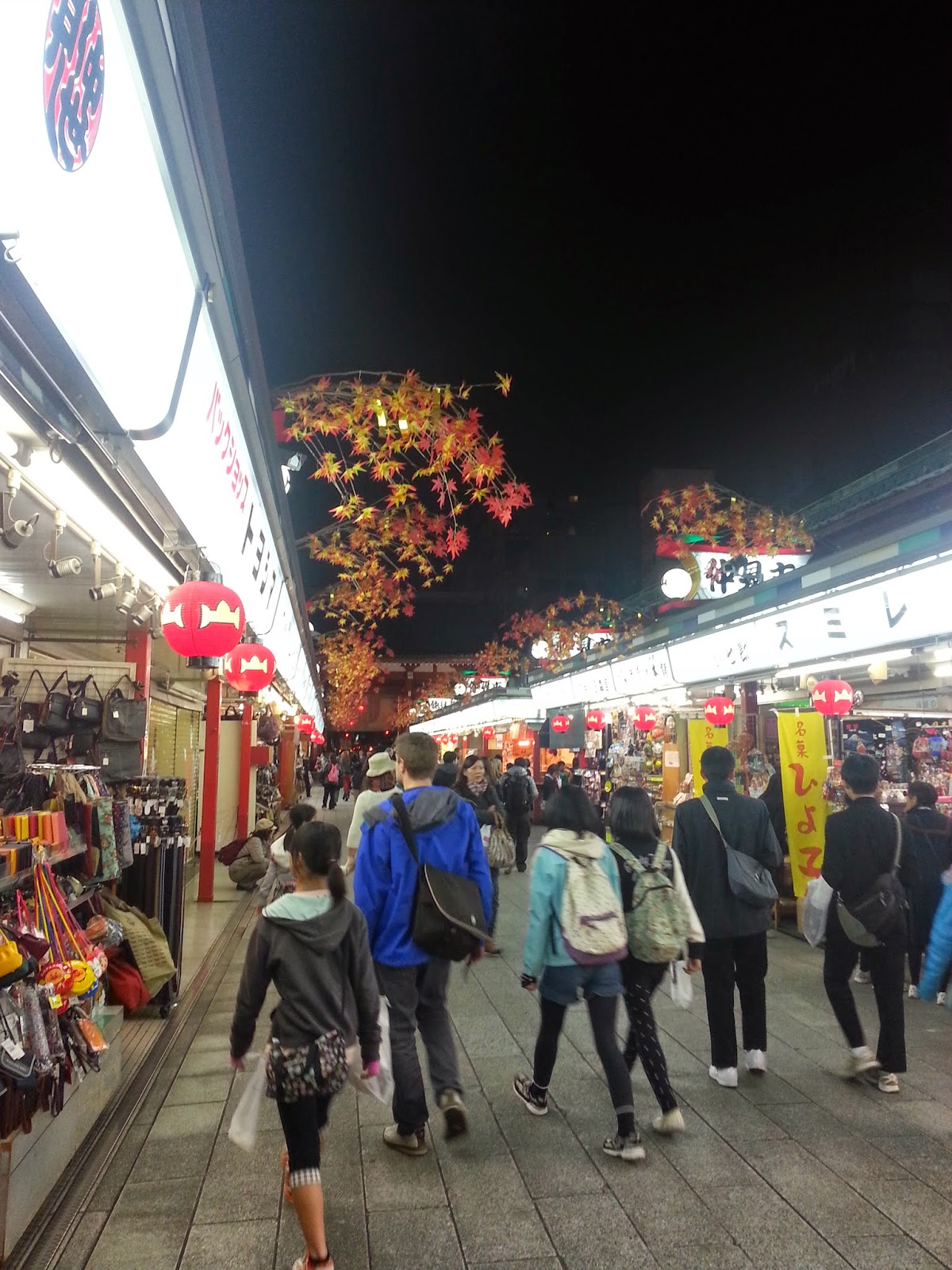 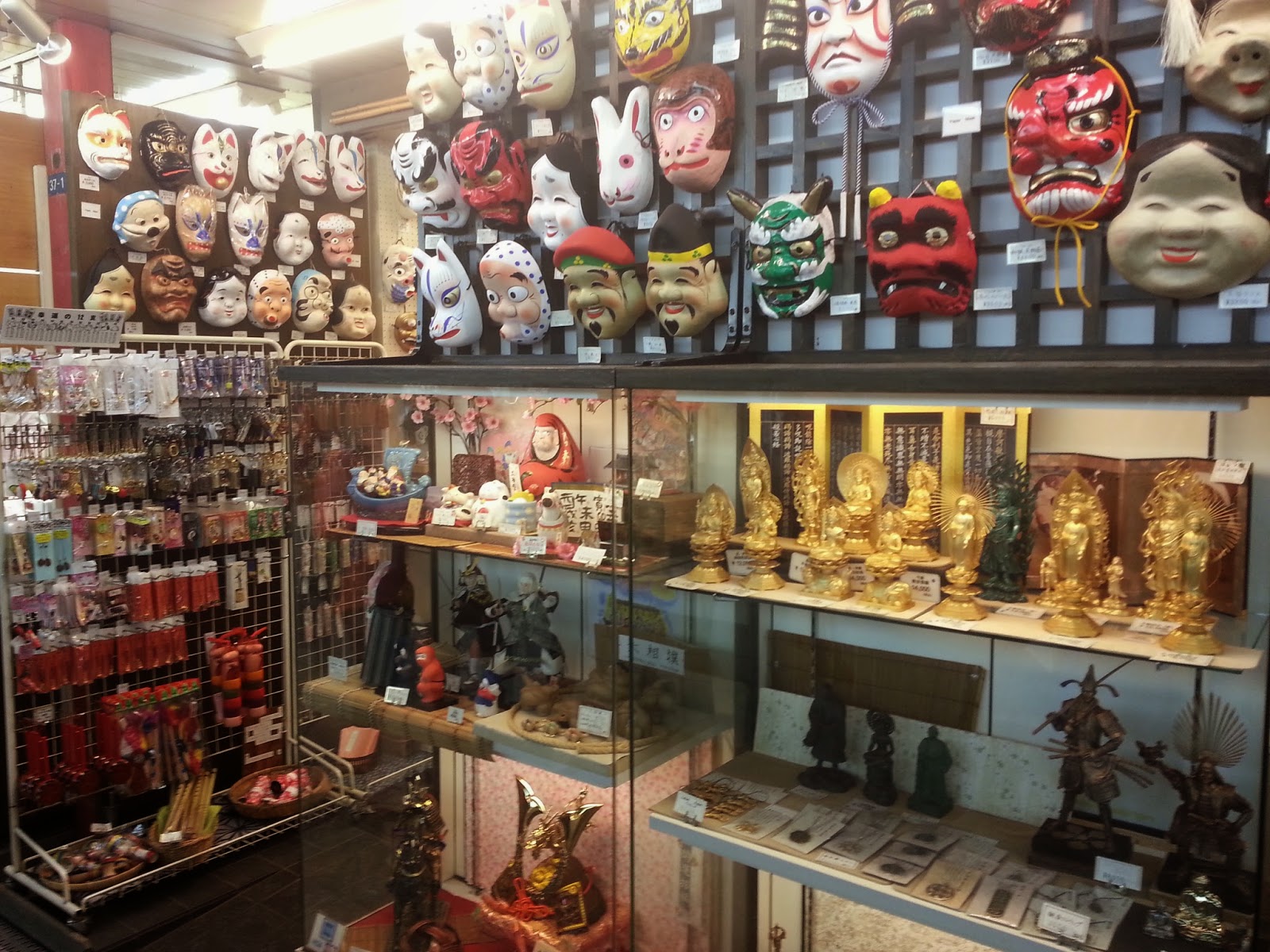 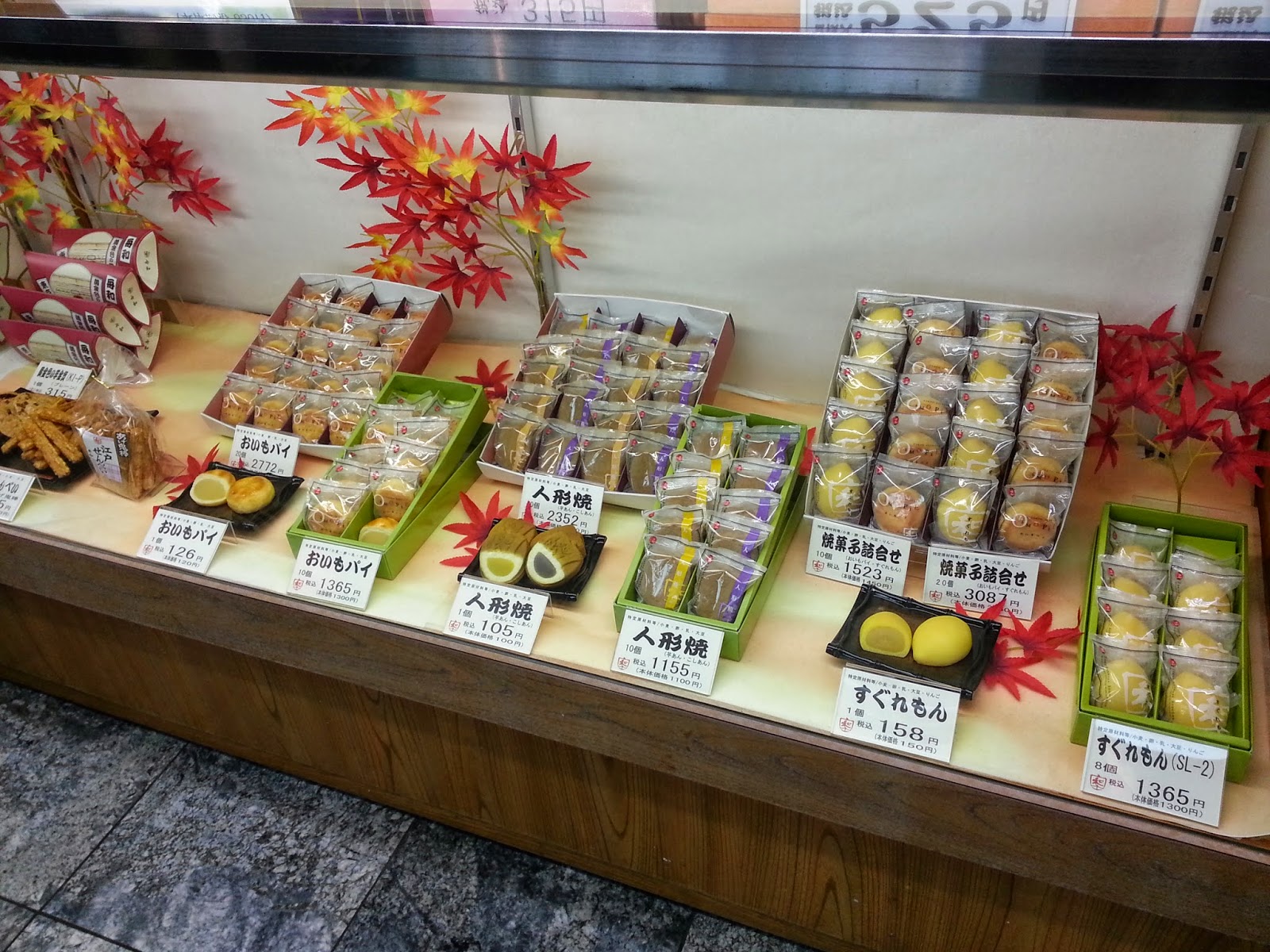 We actually found a little more time, just to visit the Hard Rock Cafe in Roppongi, Tokyo and passed by the infamous Golden Turd of the Asahi Beer Hall. And oh, the Tokyo Station as well. 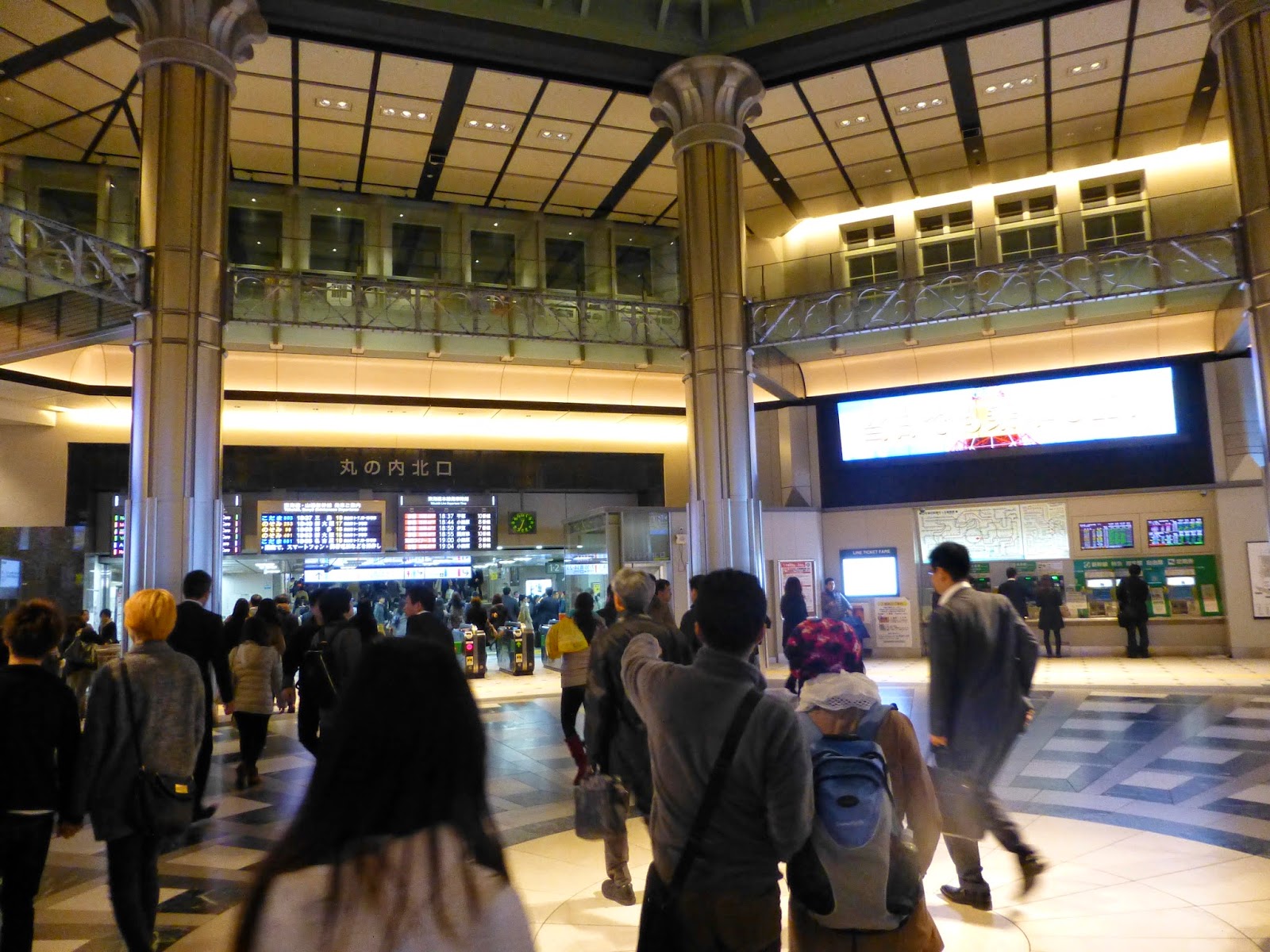 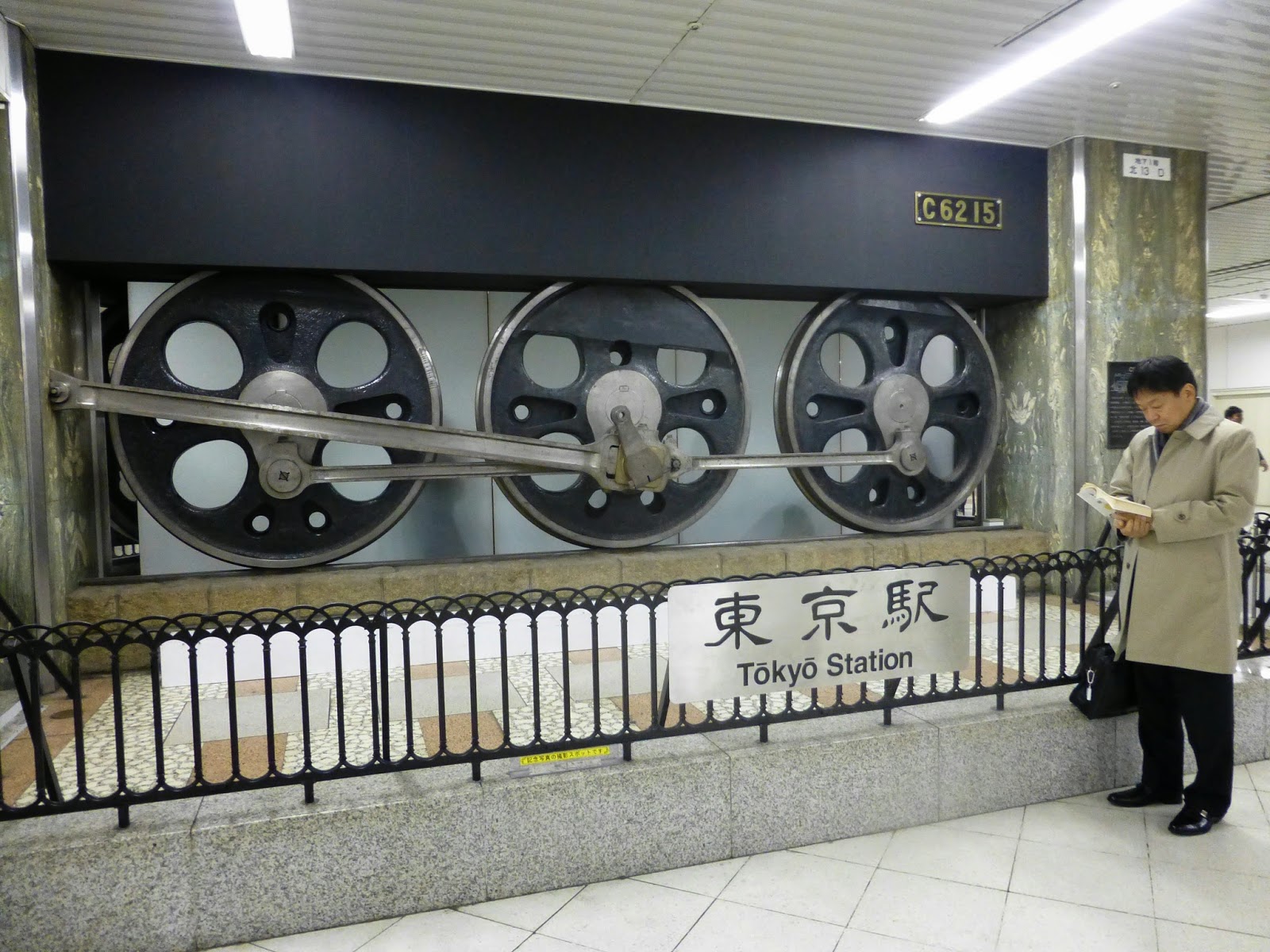 Returning back to Shinjuku, we had an udon dinner, and while waiting for the time to board the bus, we kinda managed to ascend the Metropolitan Building again for the night view. 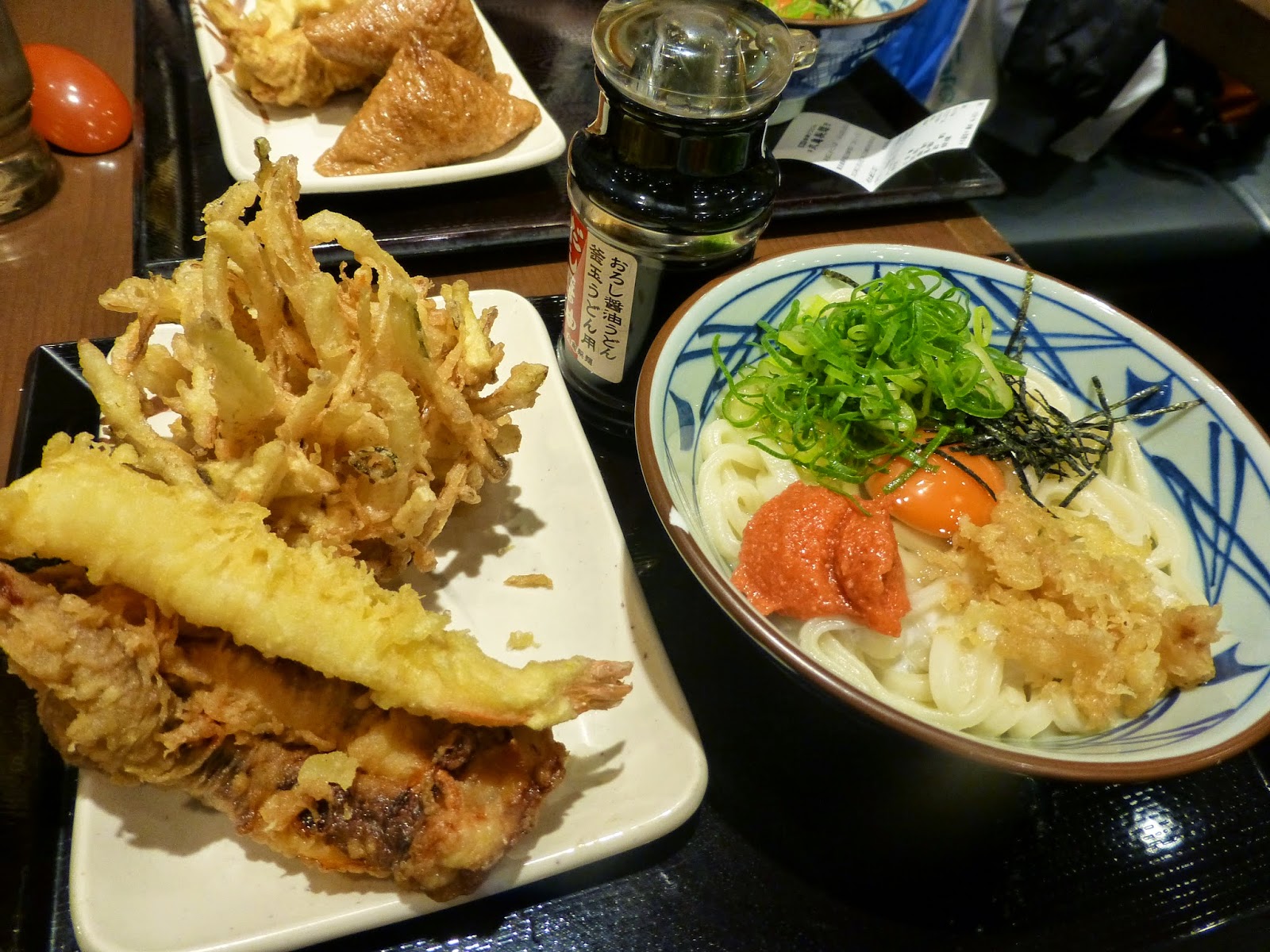 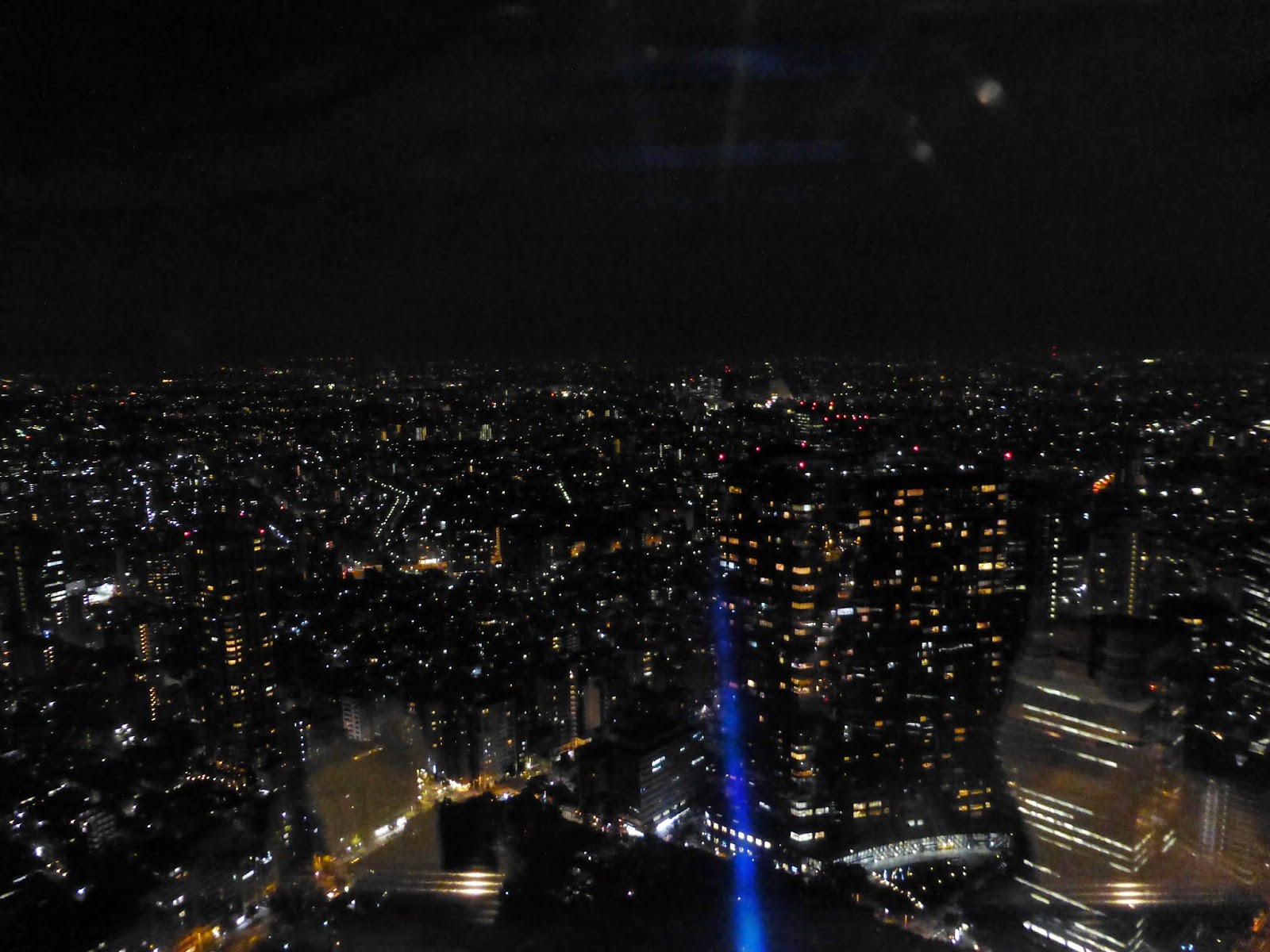 That concluded our Tokyo trip (for now). We then boarded our night bus all the way to Kyoto, it is considered a budget way of saving by merging accommodation and travel. I personally felt I have more to explore in Tokyo, and if there is a chance, I would actually spend a week here rather than splitting the week to Osaka - Tokyo - Kyoto. That is traveling, and it is the adventure (and/or misadventures) and experience that makes it exciting and makes us crave for more. :D
Posted by Unknown at 1:02 AM