The final run of Kyoto before landing ourselves to the retreat of Nanten En Ryokan, Osaka (read here), we managed to visit several places within Kyoto vicinity, which include the Fushimi Inari Taisha (伏見稲荷大社) located in Fushimi-ku, Kyoto, Japan. 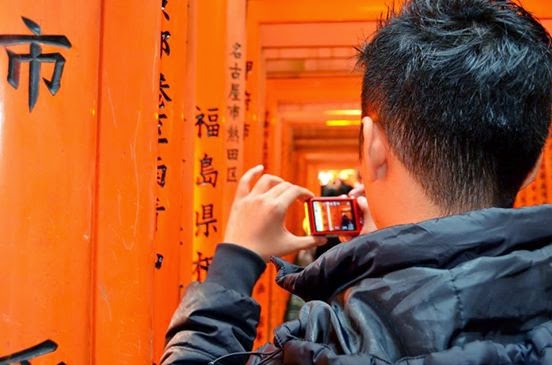 Getting here from Kyoto Station is easy, just follow the JR Line to Inari Station and you will arrive to the shrine. This Shinto shrine is at the base of the sacred Mount. Inari and is most famous for its thousands of vermilion torii gates, that trails up to the 233m high mountain. Fushimi Inari is dedicated to Inari, the Shinto god of rice. Foxes, perceived as the divine Inari's messengers, can be seen in forms of statues here. 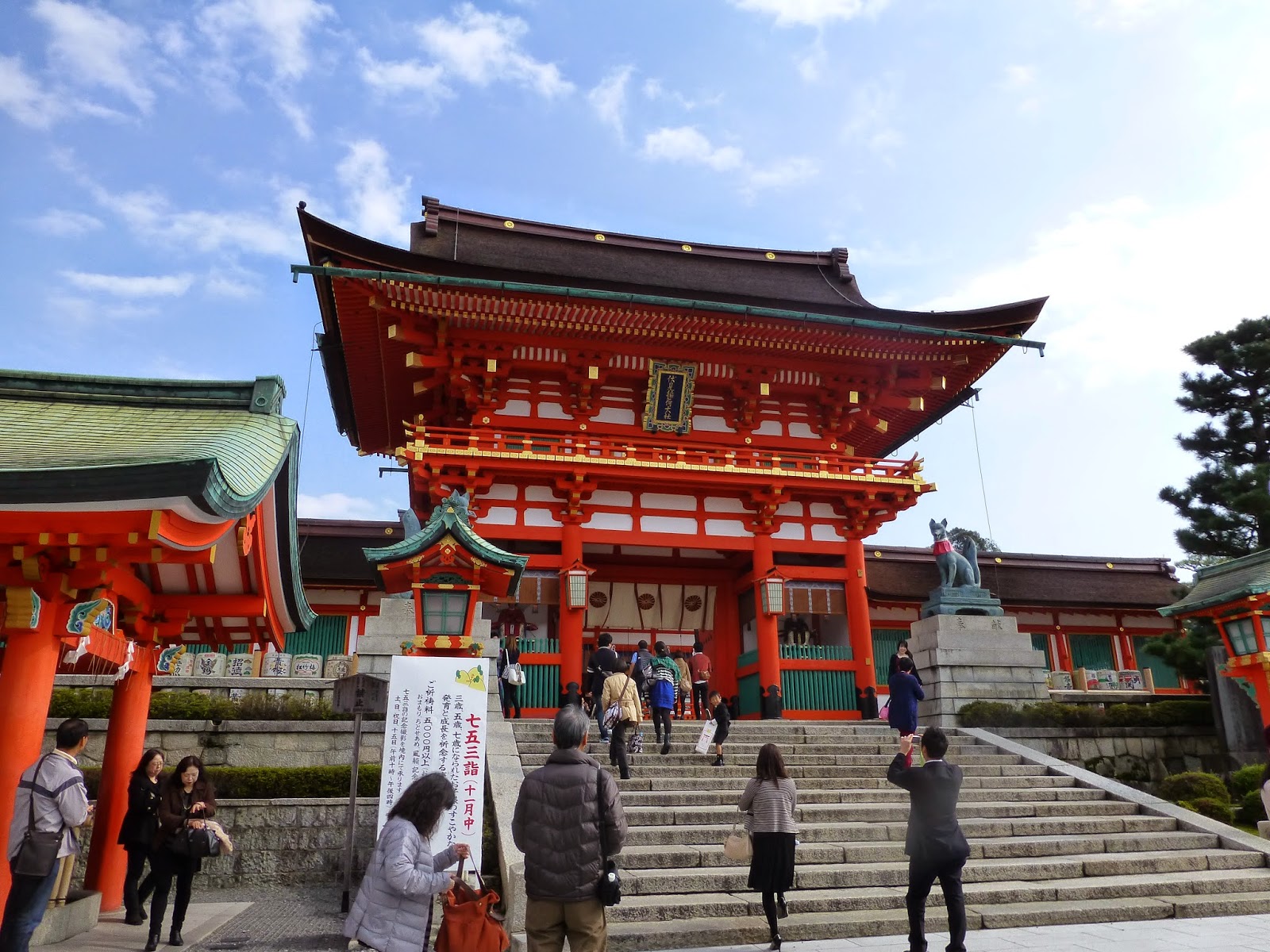 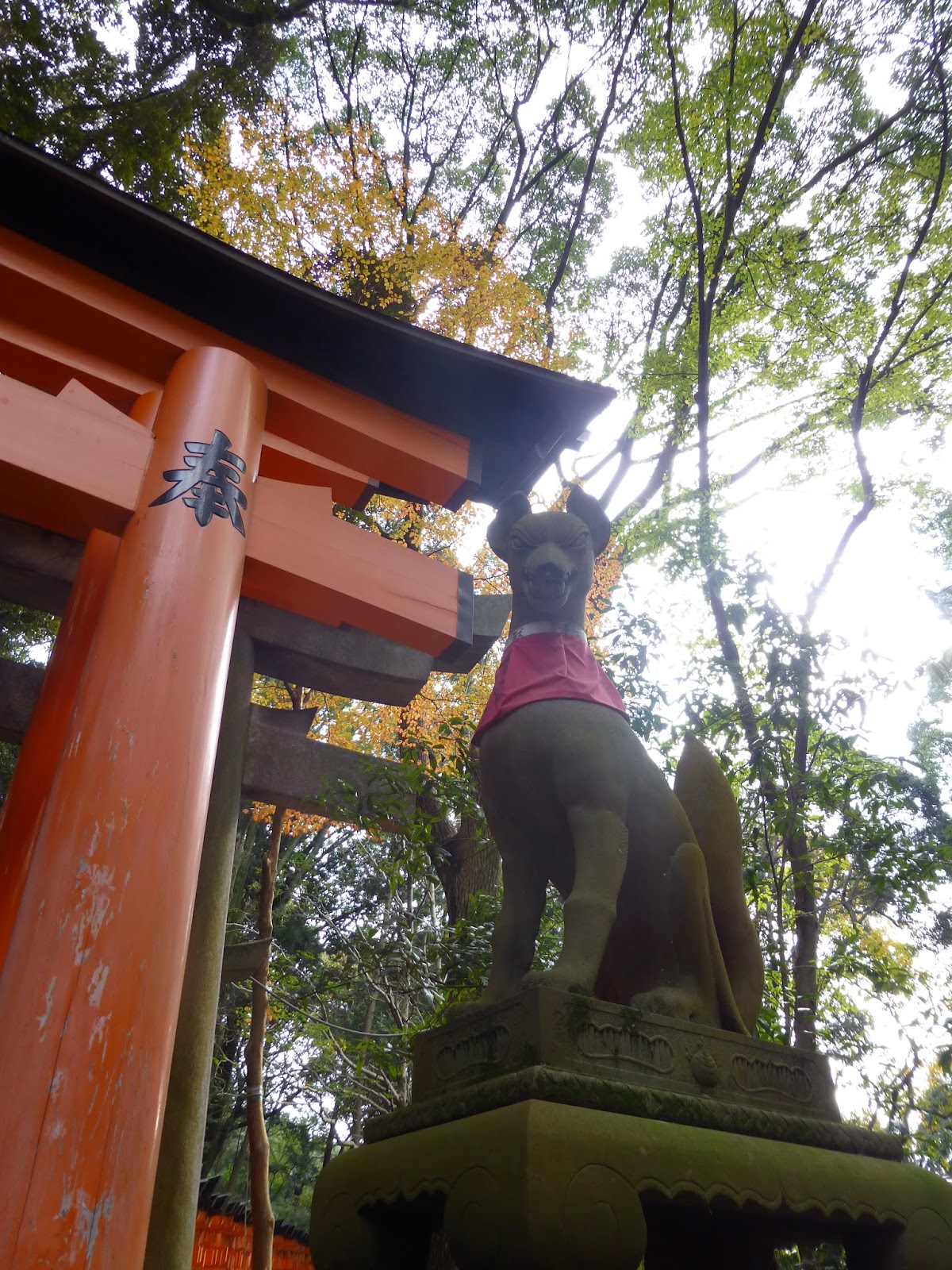 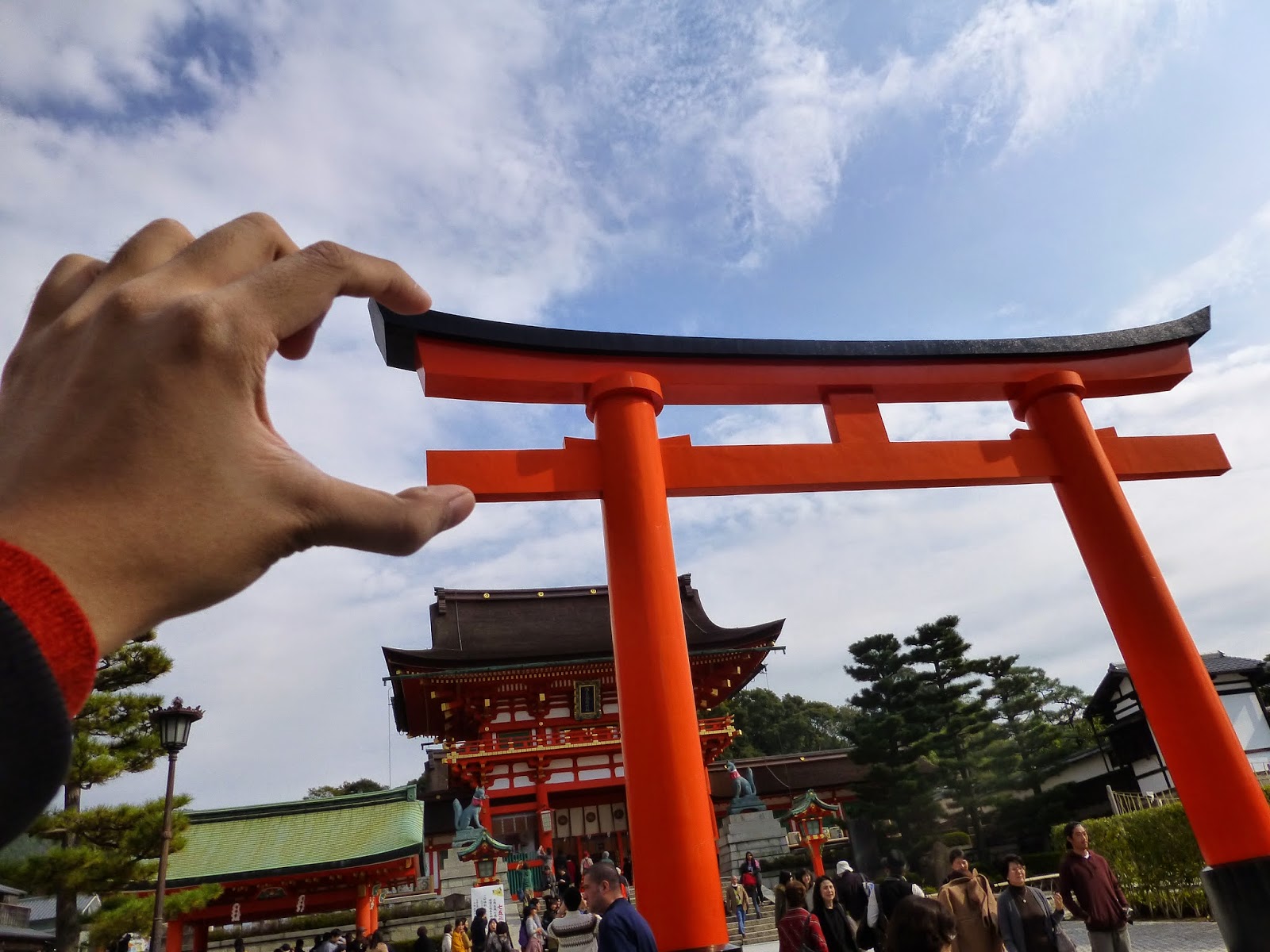 This place is constantly dense with visitors and getting that lone shot at the shrine is really challenging. Shutterbugs and models alike have to be quick, really quick. And of course, a few restaurants here offer locally themed dishes such as Inari Sushi and Kitsune Udon ("Fox Udon"). The hike up may take up to 2 hours, a time luxury we did not afford because of we wanted to visit Nara next. 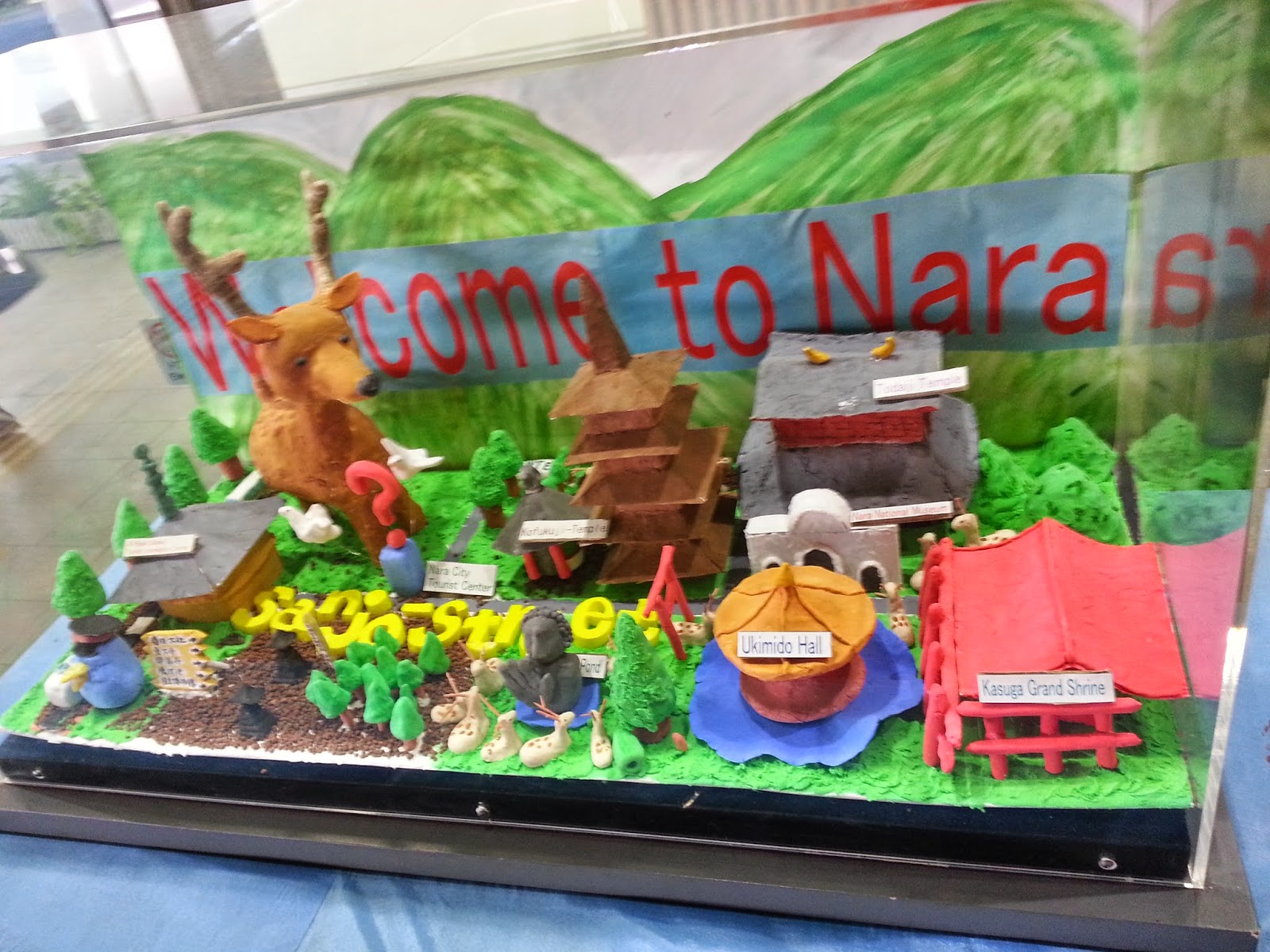 Nara (奈良市) is the capital city of Nara Prefecture located in the Kansai region of Japan. Getting to Nara from Kyoto station costs approximately ¥710 via the JR Nara Line. Nara, most famous for its roaming, tame Sika deer, especially in Nara Park. It is said that the mythological god Takemikazuchi arrived in Nara on a white deer to guard the newly built capital of Heijo-kyo. The deer is regarded as heavenly animals, protecting the city and the country, and they are protected creatures in this prefecture. You may purchase "shika sembei" (deer biscuits) for ¥150 to feed the deer. 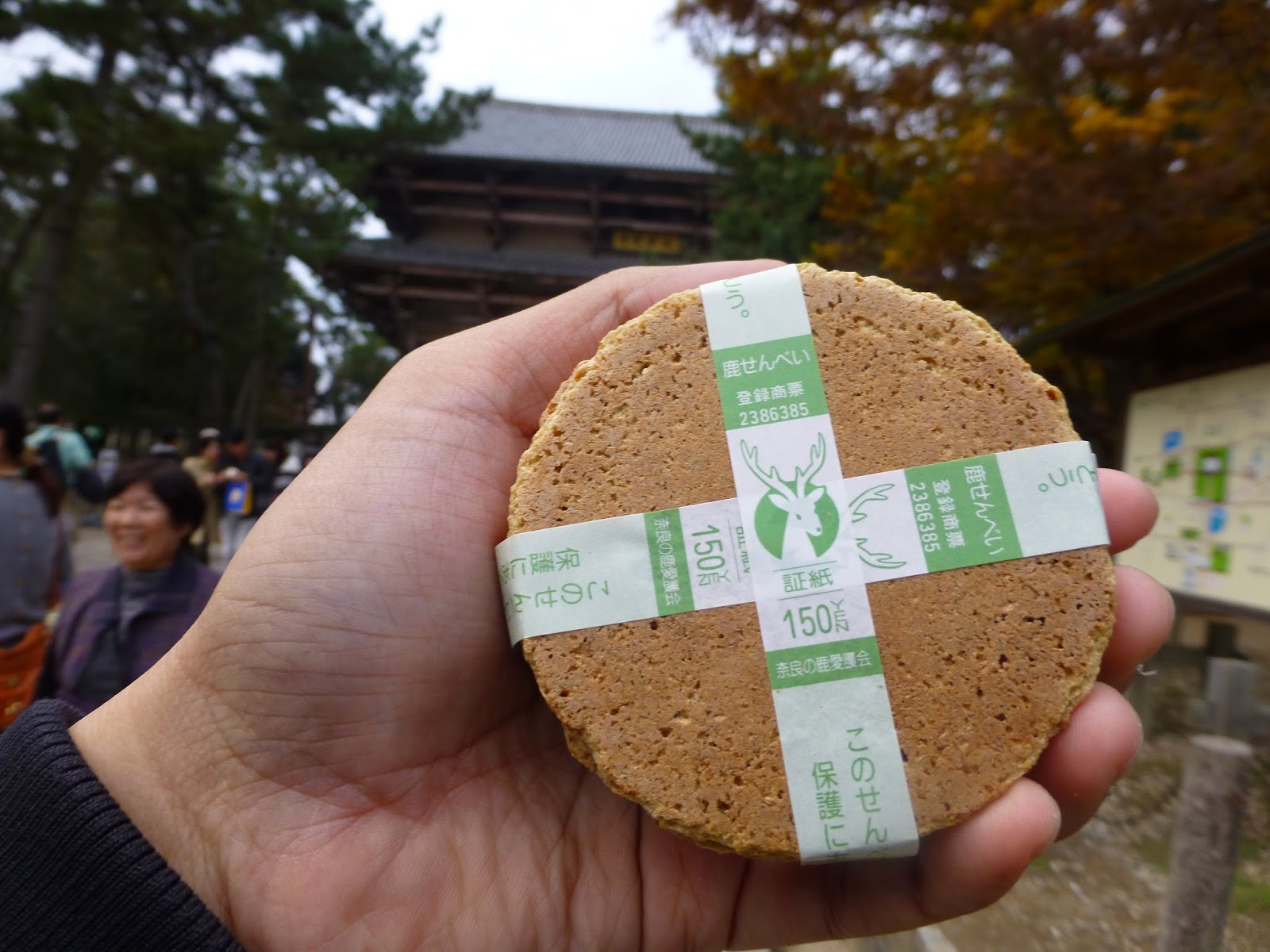 Tōdai-ji (東大寺, Eastern Great Temple),is a Buddhist temple complex located in the city of Nara, Japan. The Great Buddha Hall/ Daibutsuden (大仏殿), houses the world's largest bronze statue of the Buddha. This is one of the few temples where they actually allow photography within the temple itself. 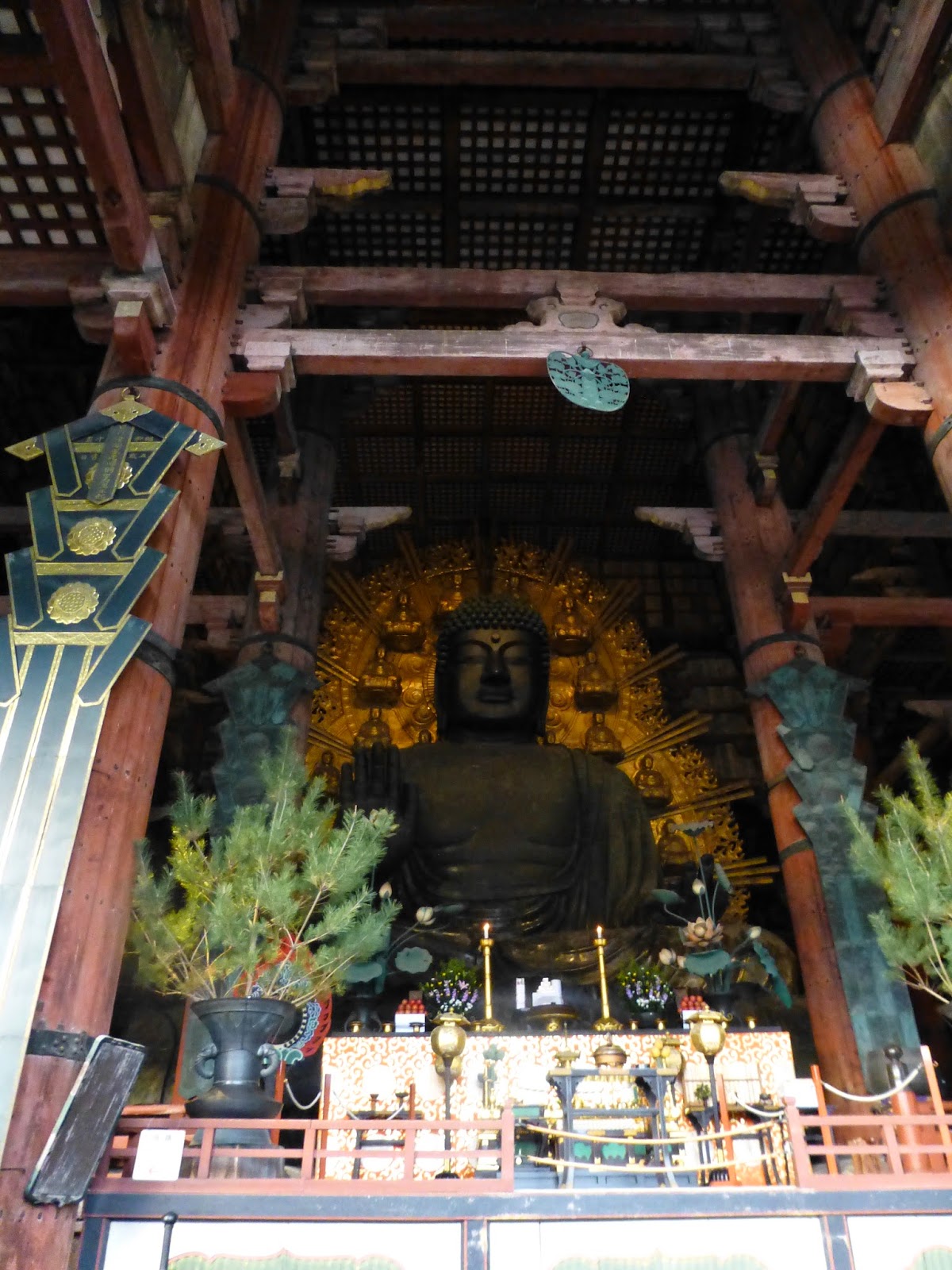 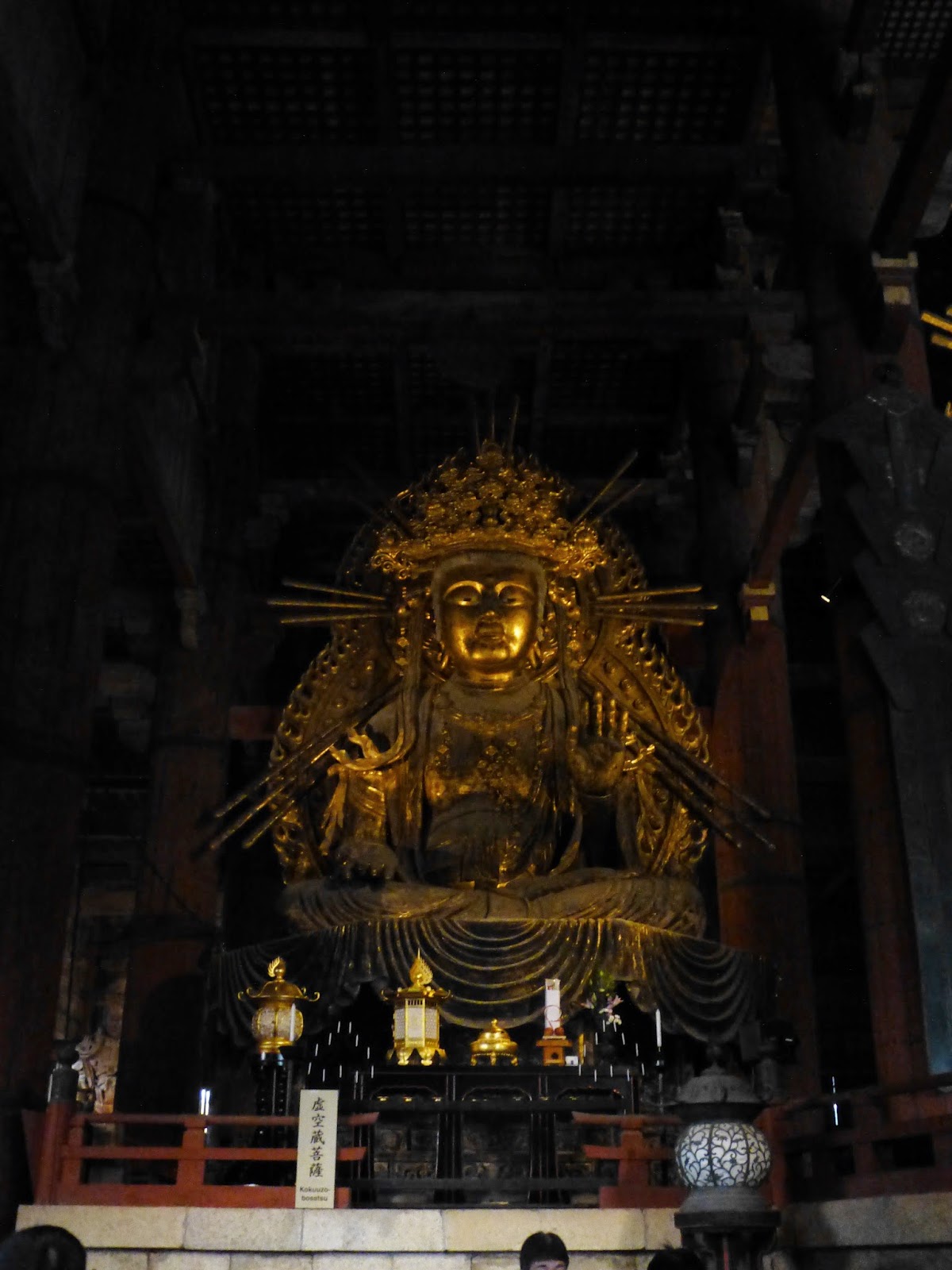 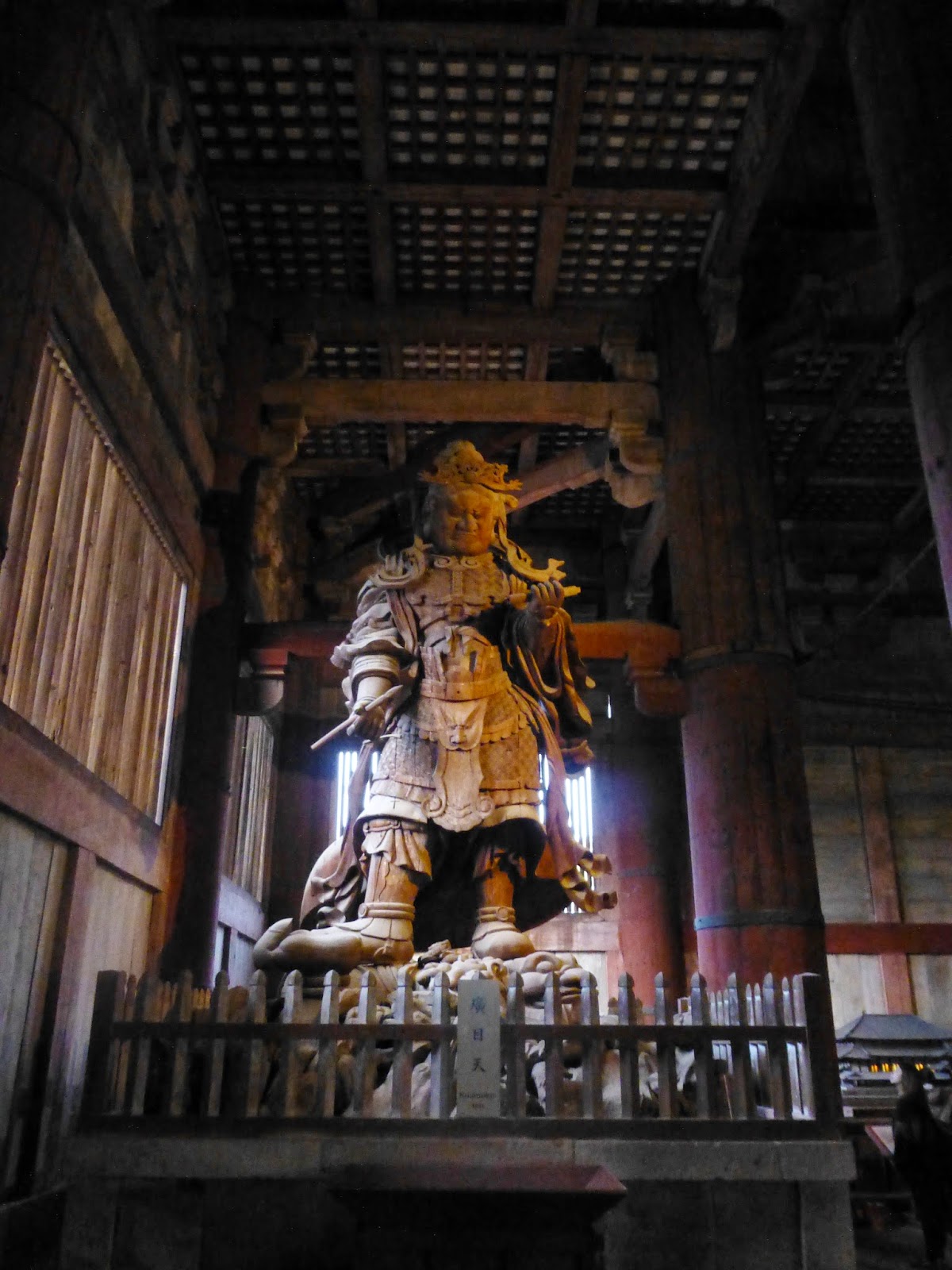 Don't miss the Binzuru at the entrance of the Todaiji. The common belief that if you rub a sick part of your body against the corresponding part of it on the Binzuru statue he will cure you. *Rubs soul*

It was indeed worthwhile to drop by Nara. Aside from Todaiji, you can explore Nara more with Kasuga Taisha and the Kofukuji Temple (Read some of them here), both of which we did not manage to visit due to the rush we had to get to Osaka. 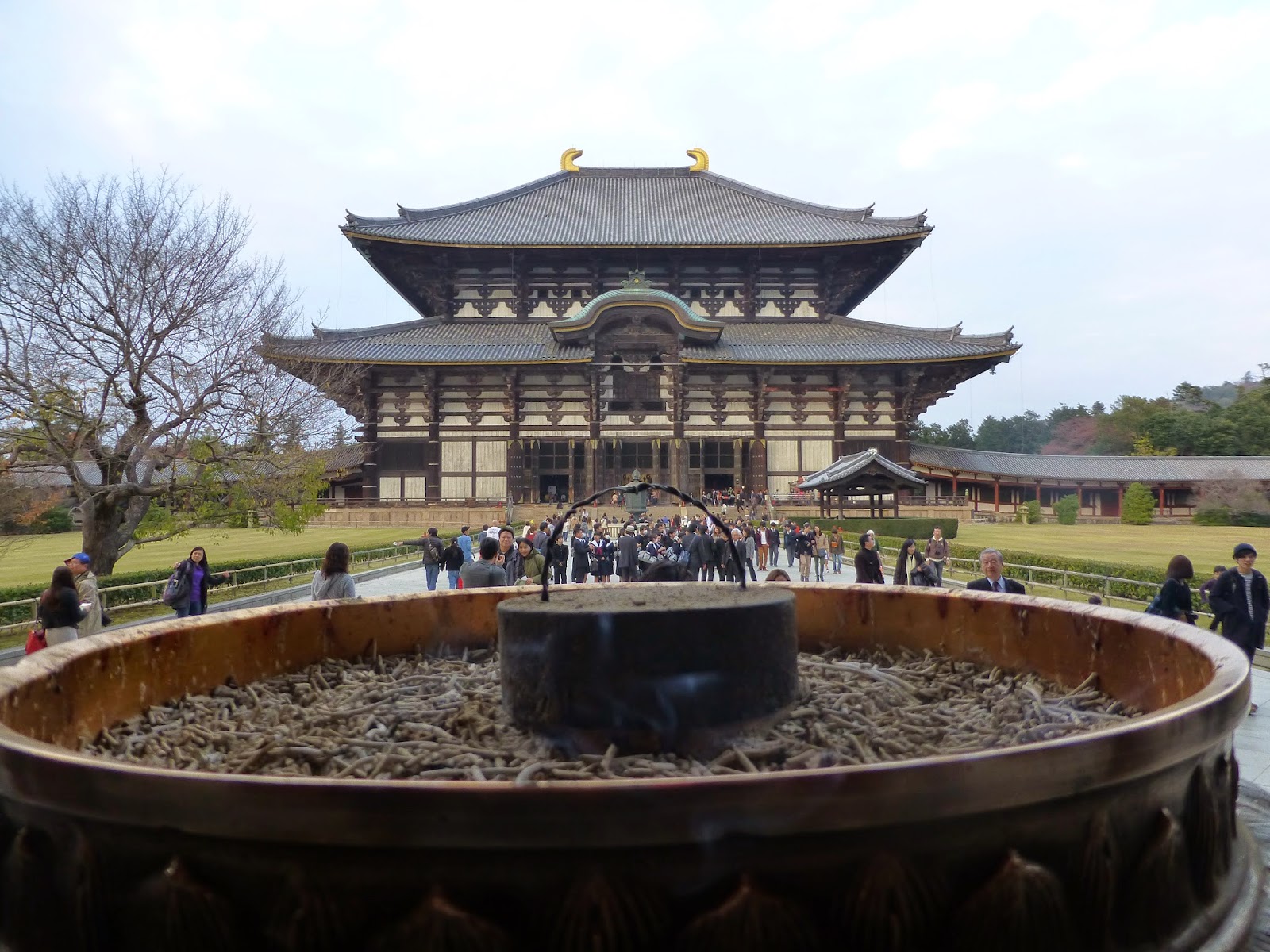 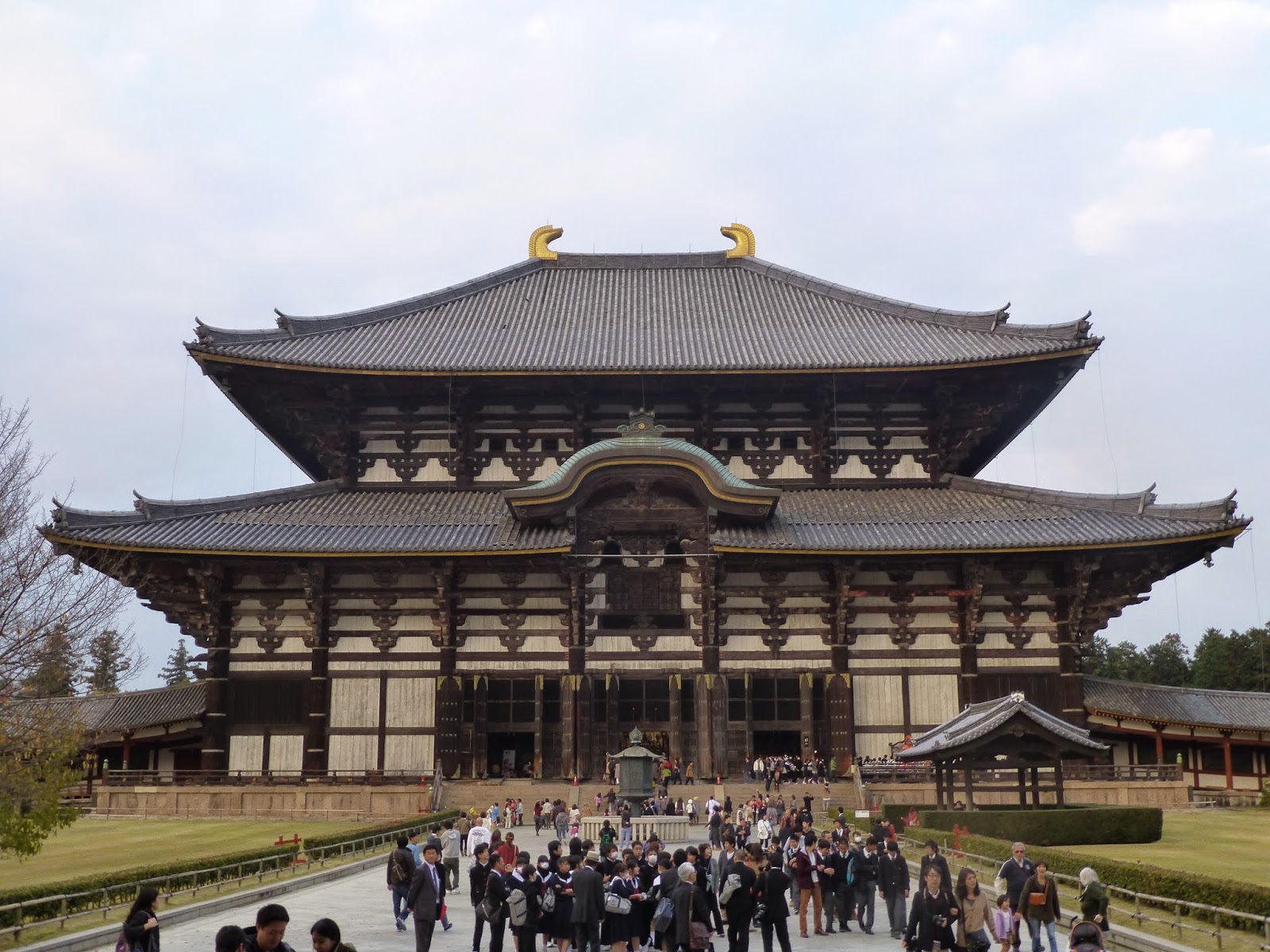 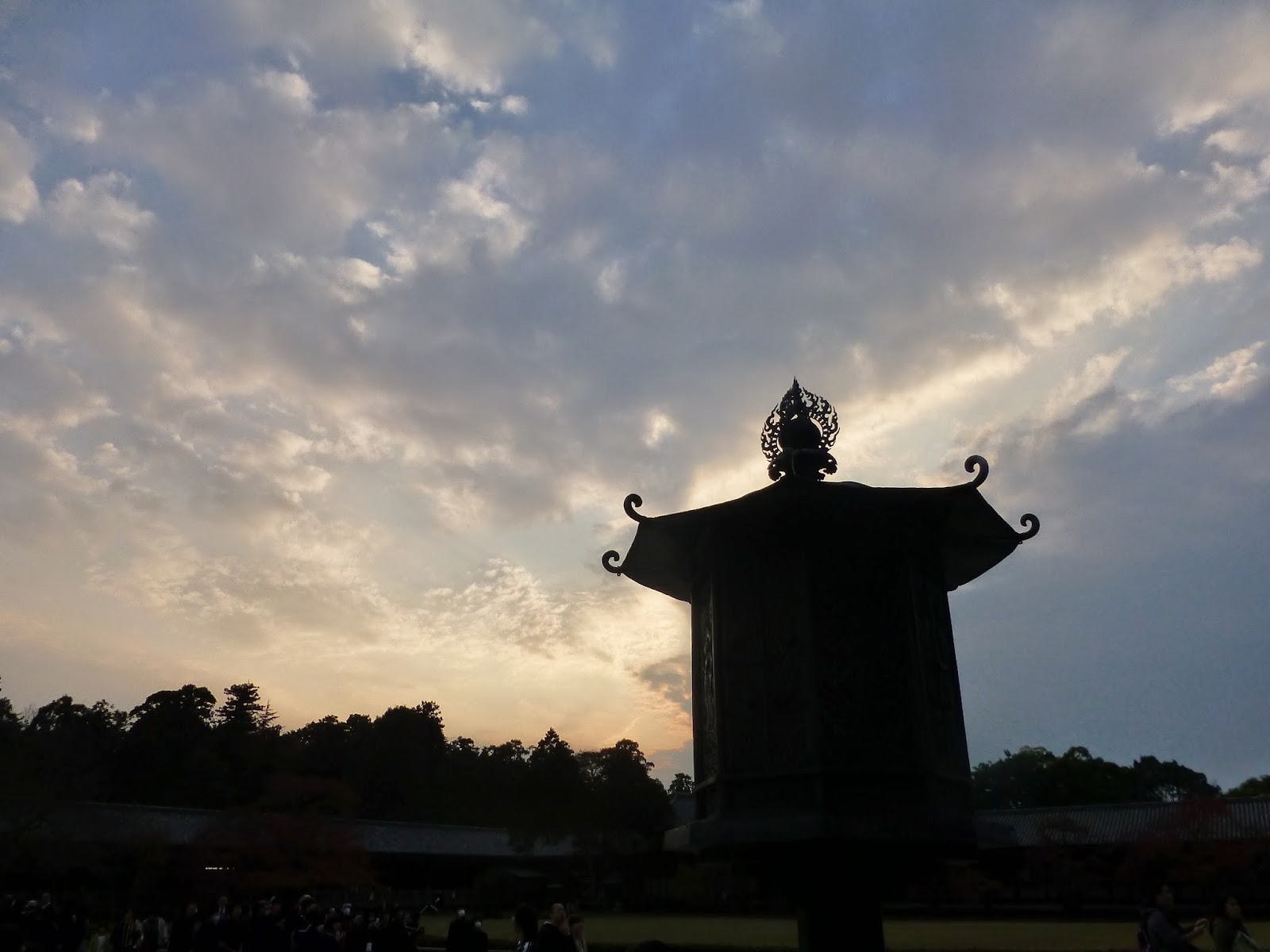 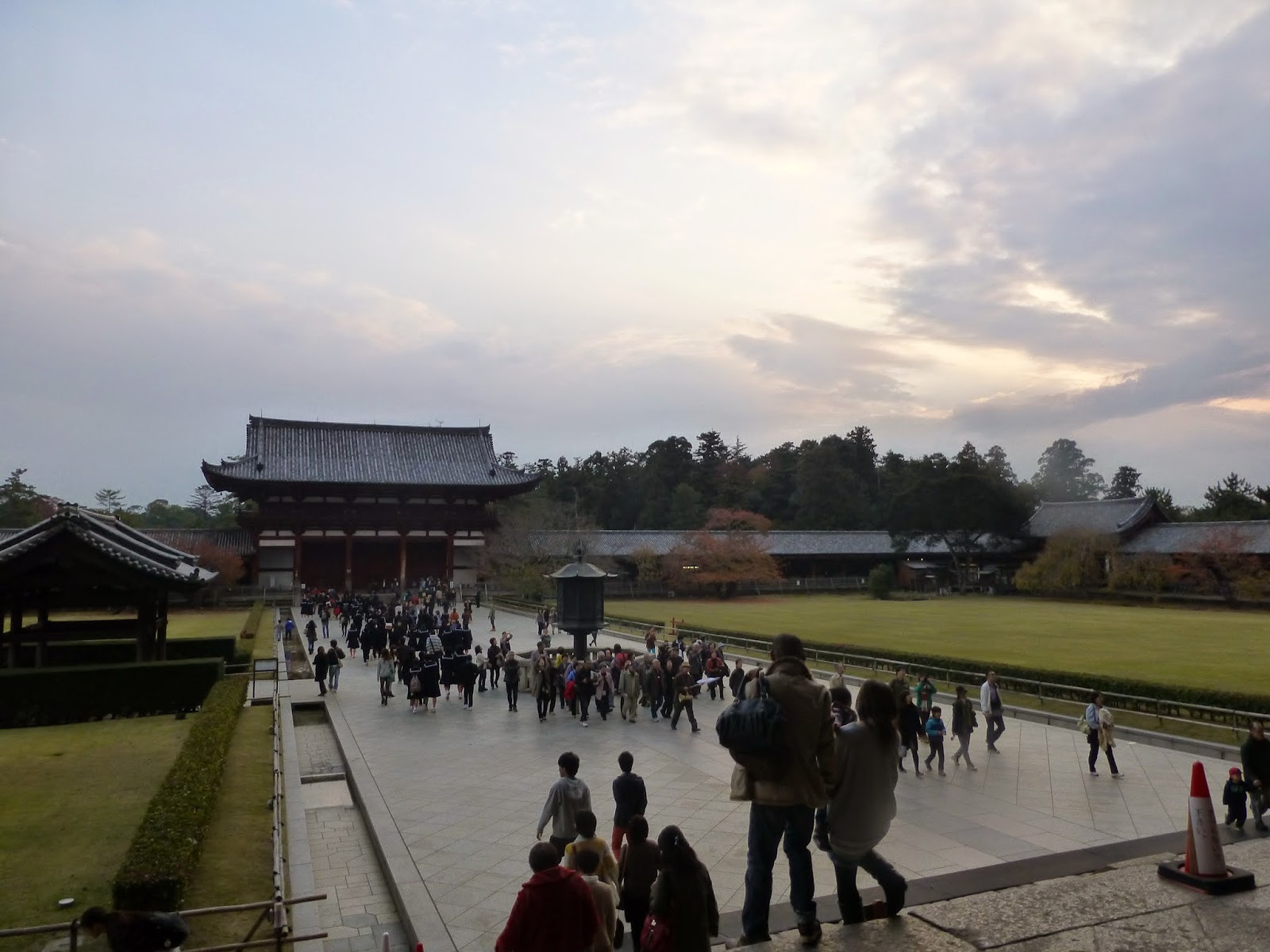 Nara is quite a dainty place to visit, and we then proceeded to our next stop Osaka next. I wouldn't mind visit Nara again :)
Posted by Unknown at 12:55 PM