Lombok, is part of the Lesser Sunda Islands, Indonesia and is probably also known as Bali's lesser crowded twin. Homing to approximately 3.1 million Indonesians, this island's own charms includes the shared cultural heritage with Bali and the breathtaking smaller islands known as Gili. 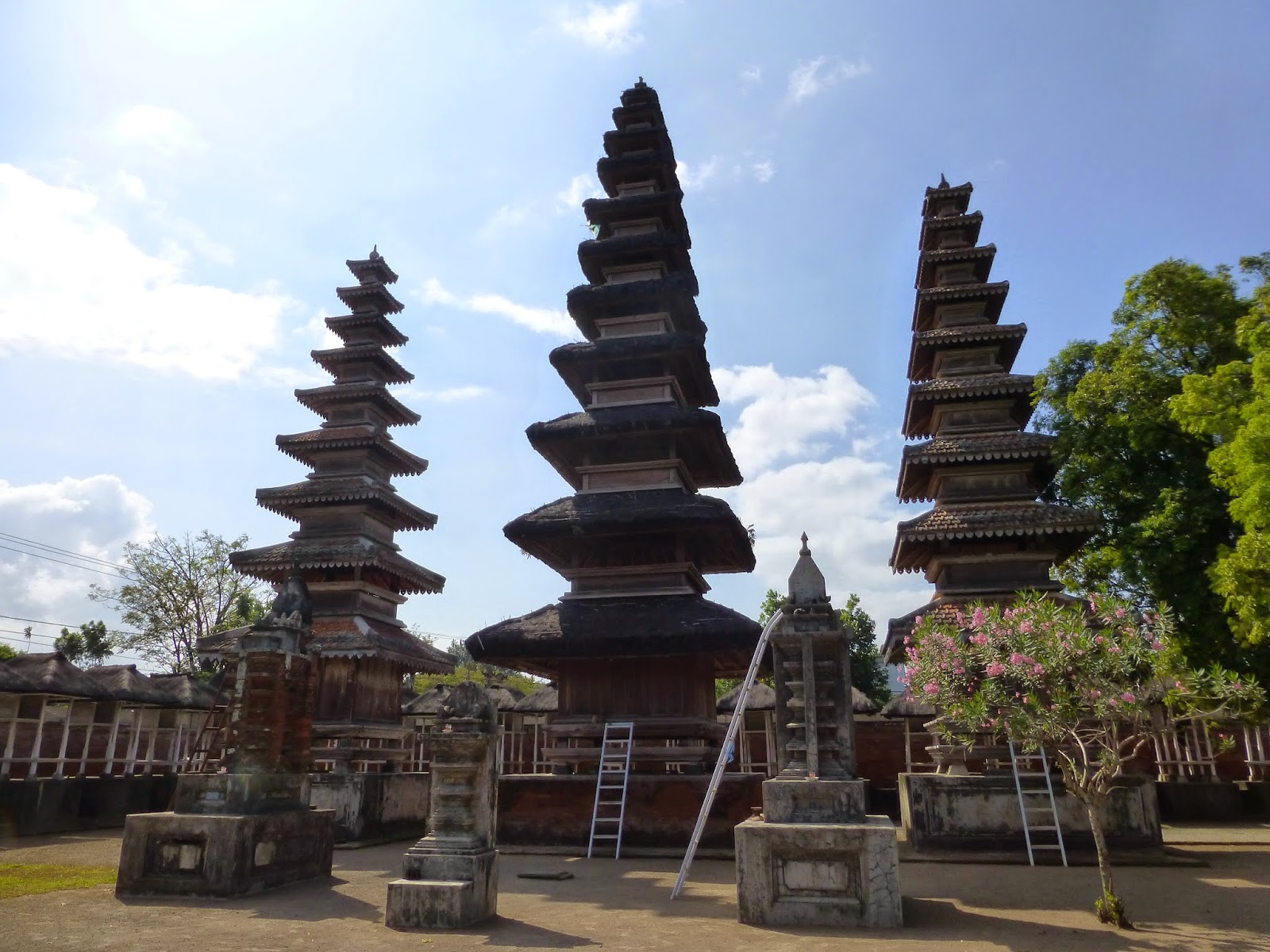 Part of the reason why I wanted to visit Lombok was I wanted to tour around the town and check out the temples and historic land marks they have here. Most of the well known temples (or Pura) is located in the vicinity of Mataram (the largest city of the province).

Bro Tips #1 : If you want to hop around town on a budget, you can opt for motorcycle rents. Otherwise, if you are direction illiterate like us, you can hire a driver for the day. The latter would be costlier, but on a bright side the driver would be able to drive you anywhere for the day. Thus, if you don't fancy the temple hopping tour, you can also get to Mt.Rinjani, one of the hiking spots in Lombok. Total spent for a private driver : IDR 400,000 (RM 106.46). 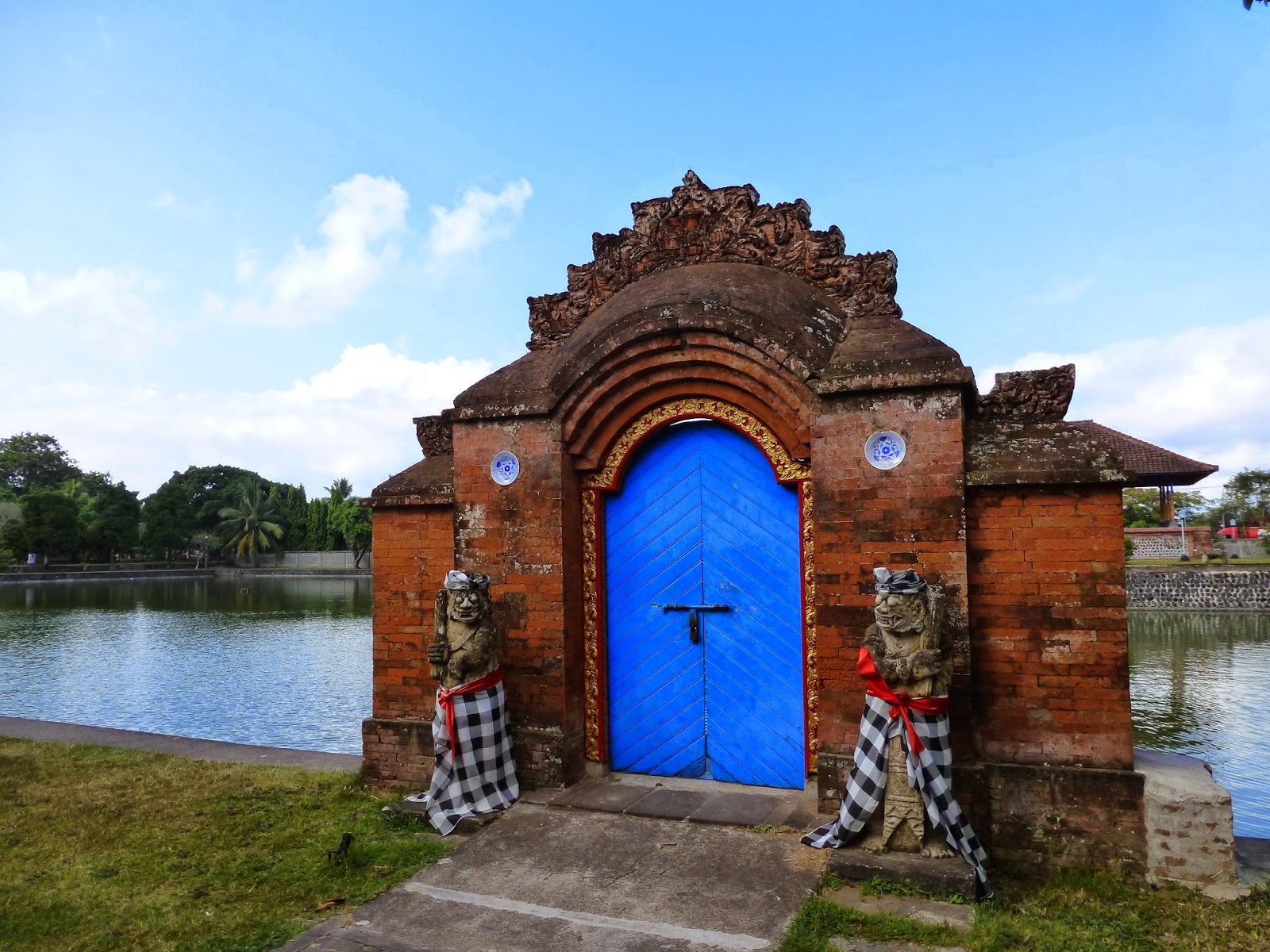 Mayura Garden, or Taman Mayura, is a water palace built in 1744. Located near Jalan Selaparang, this rather peaceful waterborne garden used to be a battleground between the Dutch and Balinese in the early 1900. Taman Mayura looks well maintained, but it didn't really blew me away as it did in Jogja's Taman Sari. By the way, the local self appointed tour guide that followed us around fabled that the island of Lombok was infested by serpents and was chased away by the Mayura, a fabled bird creature. Or at least that was what I remembered the tour guide said. 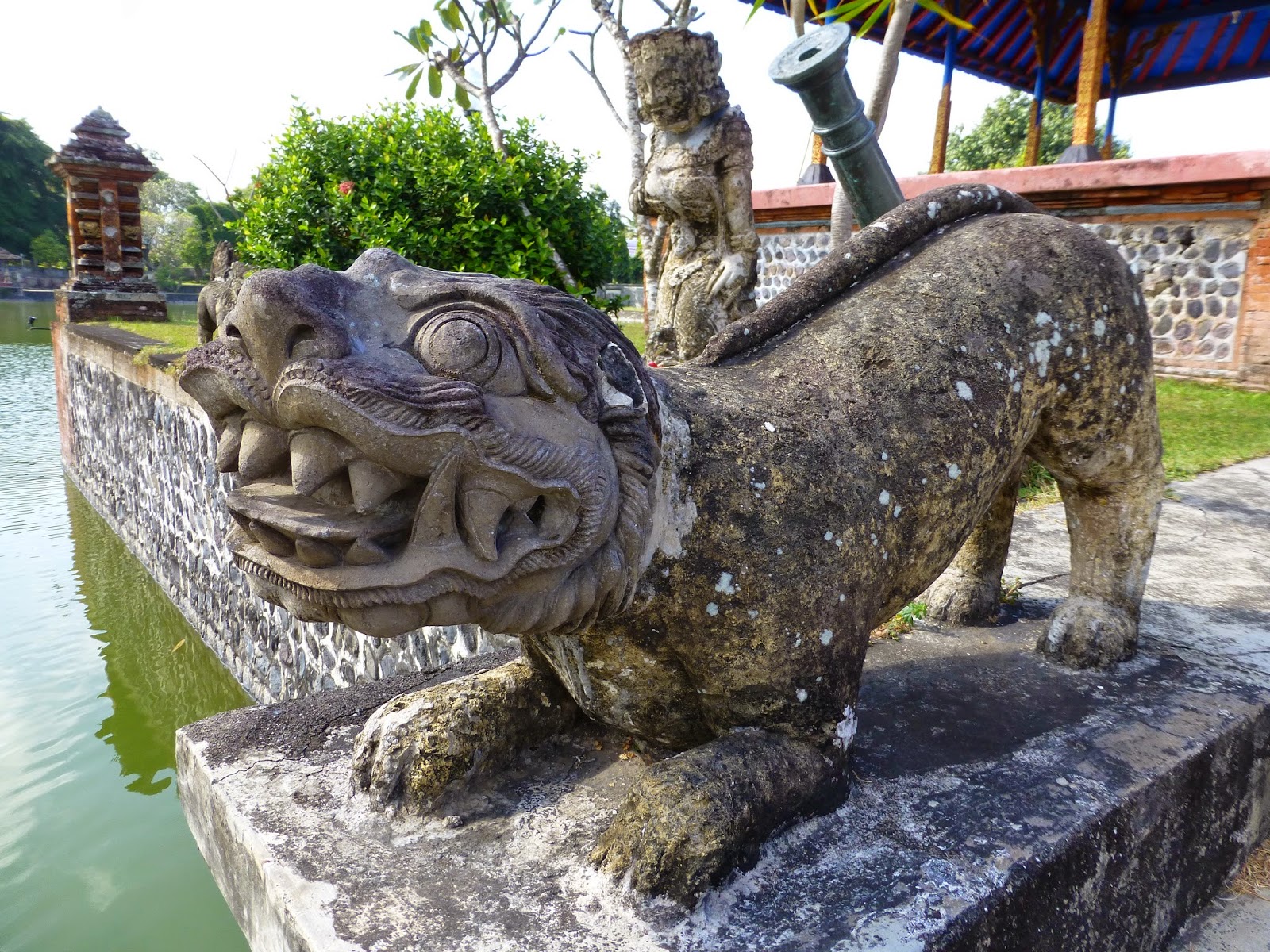 Bro Tips #2 : There are no entrance fees to these temples. However, the expected temple donation is well equated to the entrance fee. And if you have a choice, you can reject the self appointed tour guides (SATG) because they would expect a minimal fee of IDR 40,000 (RM 10.60). Given that the Rupiahs you get when you exchanged your currency, you may get notes of IDR 100,000. Do yourself a favour, go to the nearest convenient stall or so, buy water or so, and get smaller notes. Simply because, you can almost expect that the SATG would not give you any loose change (e.g. let's say you want to give IDR 50,000 but you only have IDR 100,000, don't expect you would get the IDR 50,000 change). 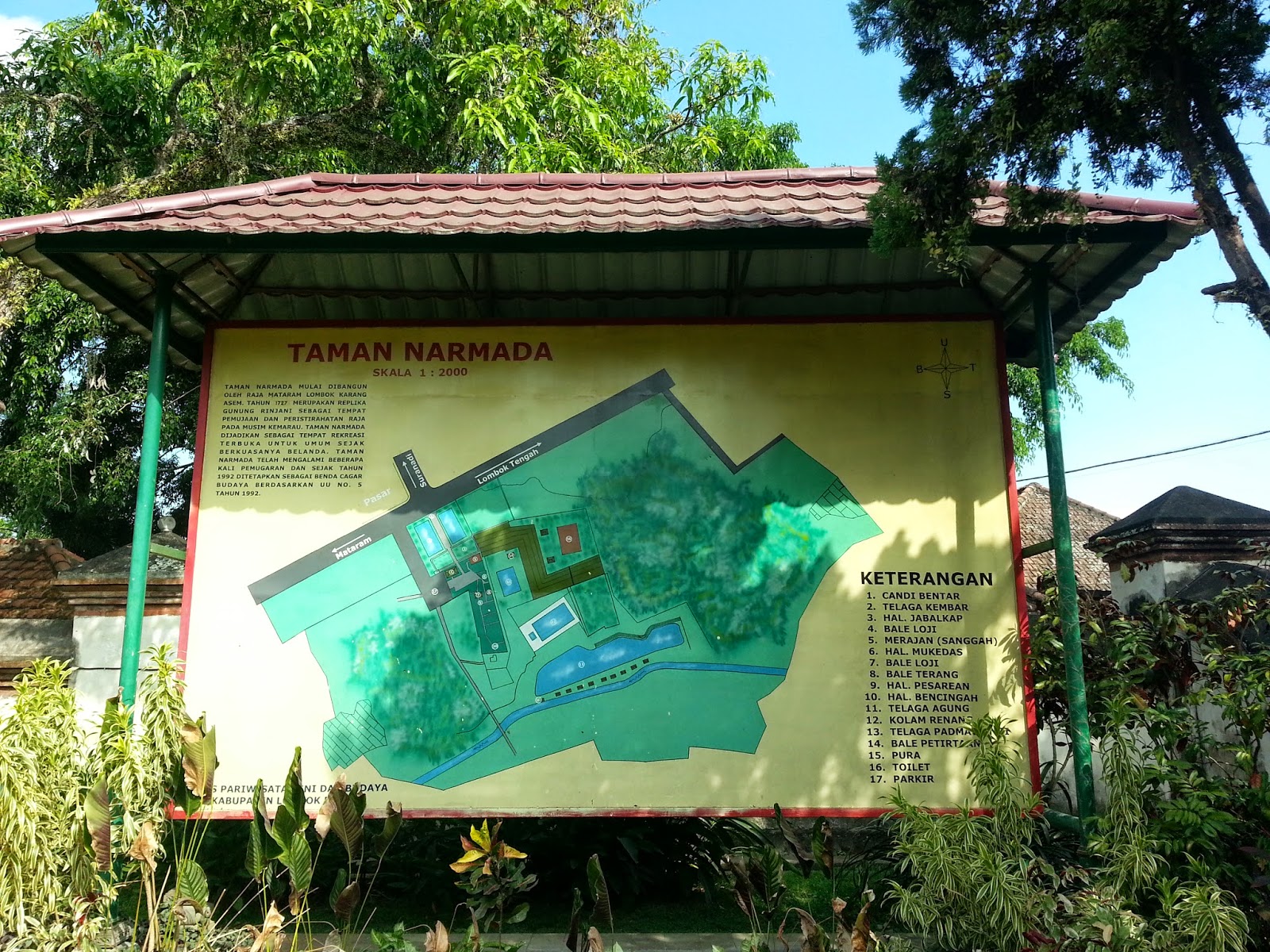 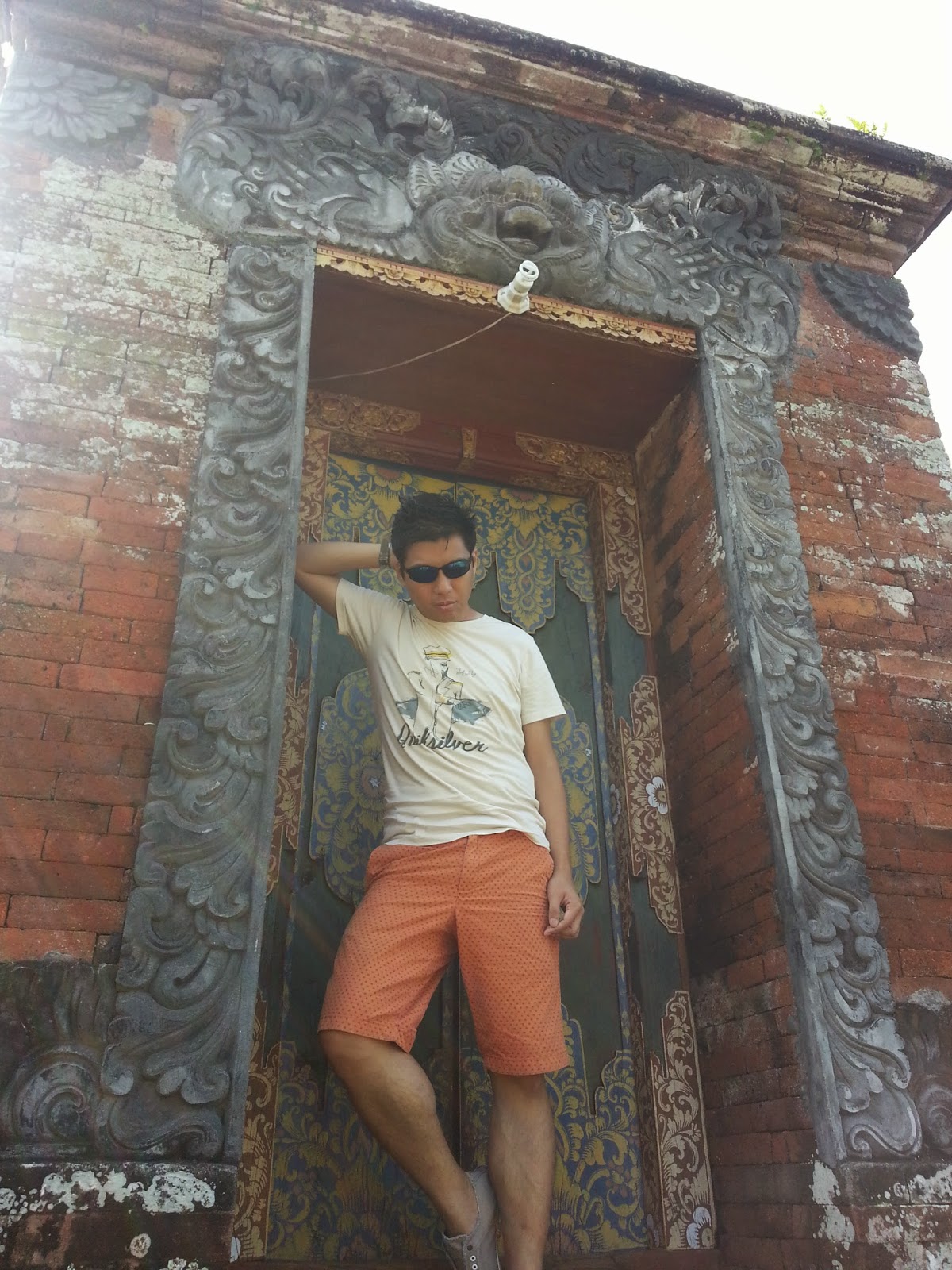 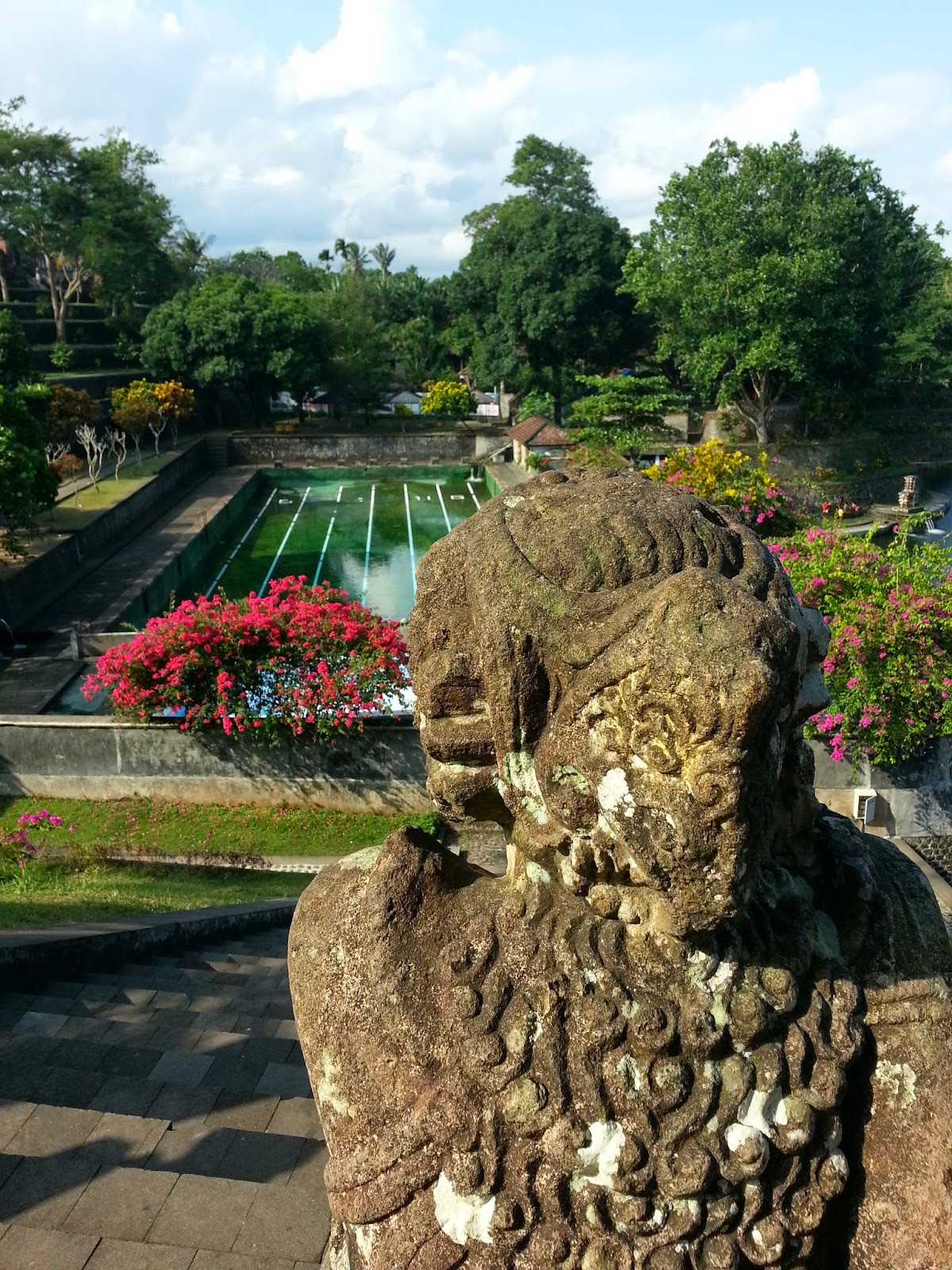 The other notable park in Mataram is Taman Narmada. This park was the relaxation place for the king during the time of feudalism. Interesting note, this park has a fountain called the Youth Fountain. According to the legend, gives long life to a person that drinks its water. Interesting. 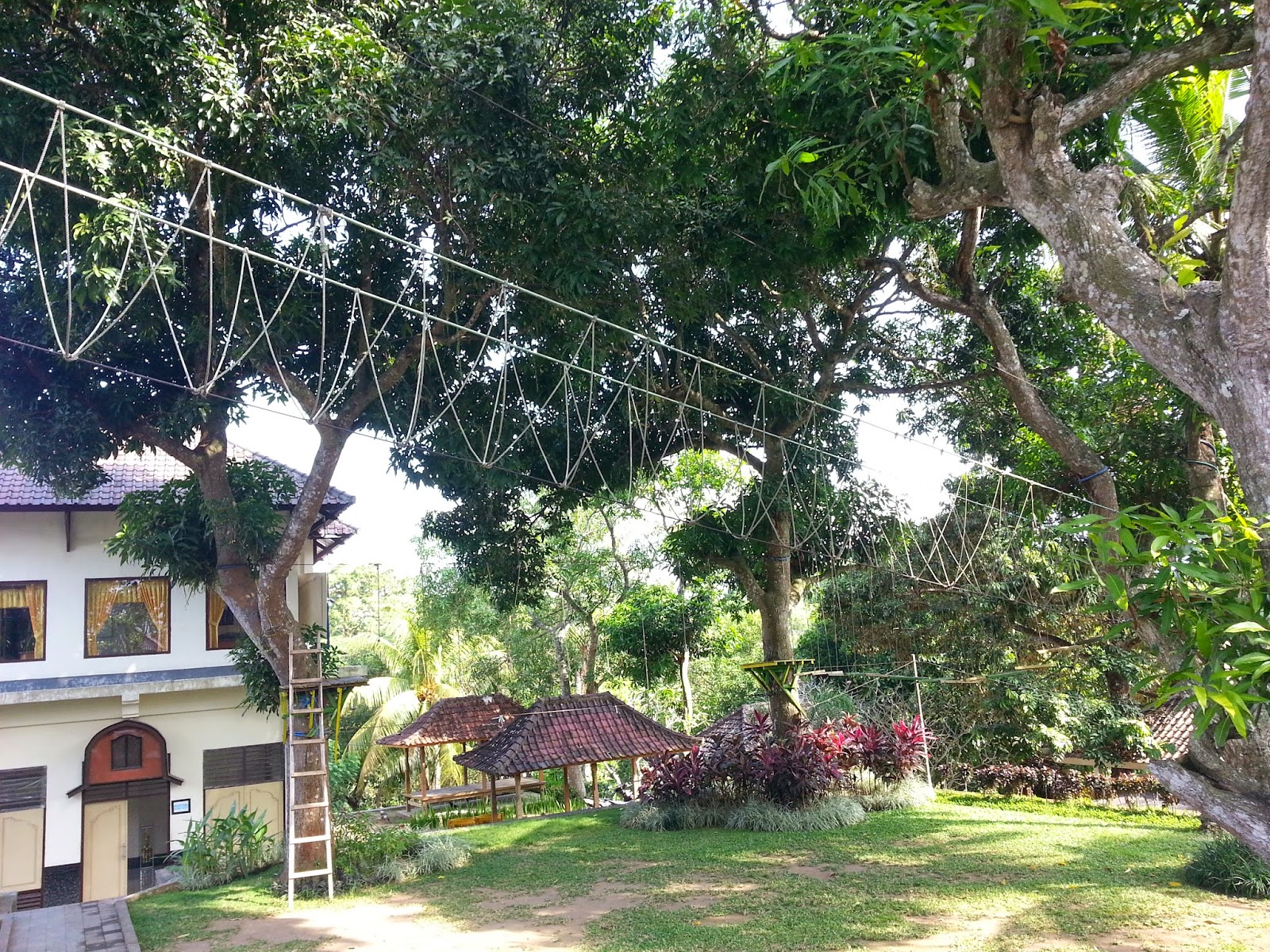 This park has also a small obstacle course that you can try if you really had nothing better to do here (zip line and tight ropes anyone?)

Bro Tips #3 : You may come across the terminology of Pura and Candi when you are in Indonesia.
According to Wikipedia, Candi are the Hindu and Buddhist temples and sanctuaries of Indonesia, mostly built during the 8th to 15th centuries. A Pura is a Balinese Hindu temple and the place of worship for the adherents of Balinese Hinduism in Indonesia. Most of the puras are found on the island of Bali, as Hinduism is the predominant religion in the island. However,many puras exist in other parts of Indonesia (e.g. Lombok) where there are significant numbers of Balinese people.

For lunch, we stopped by for Lombok's famous cuisine, Ayam Taliwang. Made with chicken (preferably free range), it is grilled halfway, it is removed from the grill and tenderized with a pestle. It is then slight marinated with cooking oil, garlic, chili, and shrimp paste. It is then fried or grilled to order. Sounds good? The one we had was at Taliwang Irama Restaurant, Mataram.

Two of the Pura  that you may want to see if Pura Lingsar and Pura Meru. Pura Lingsar is the epitome of harmonious tolerance between religions here in the island of Lombok, notably with the influence of Balinese Hindu of Islamic Sasak architecture here. 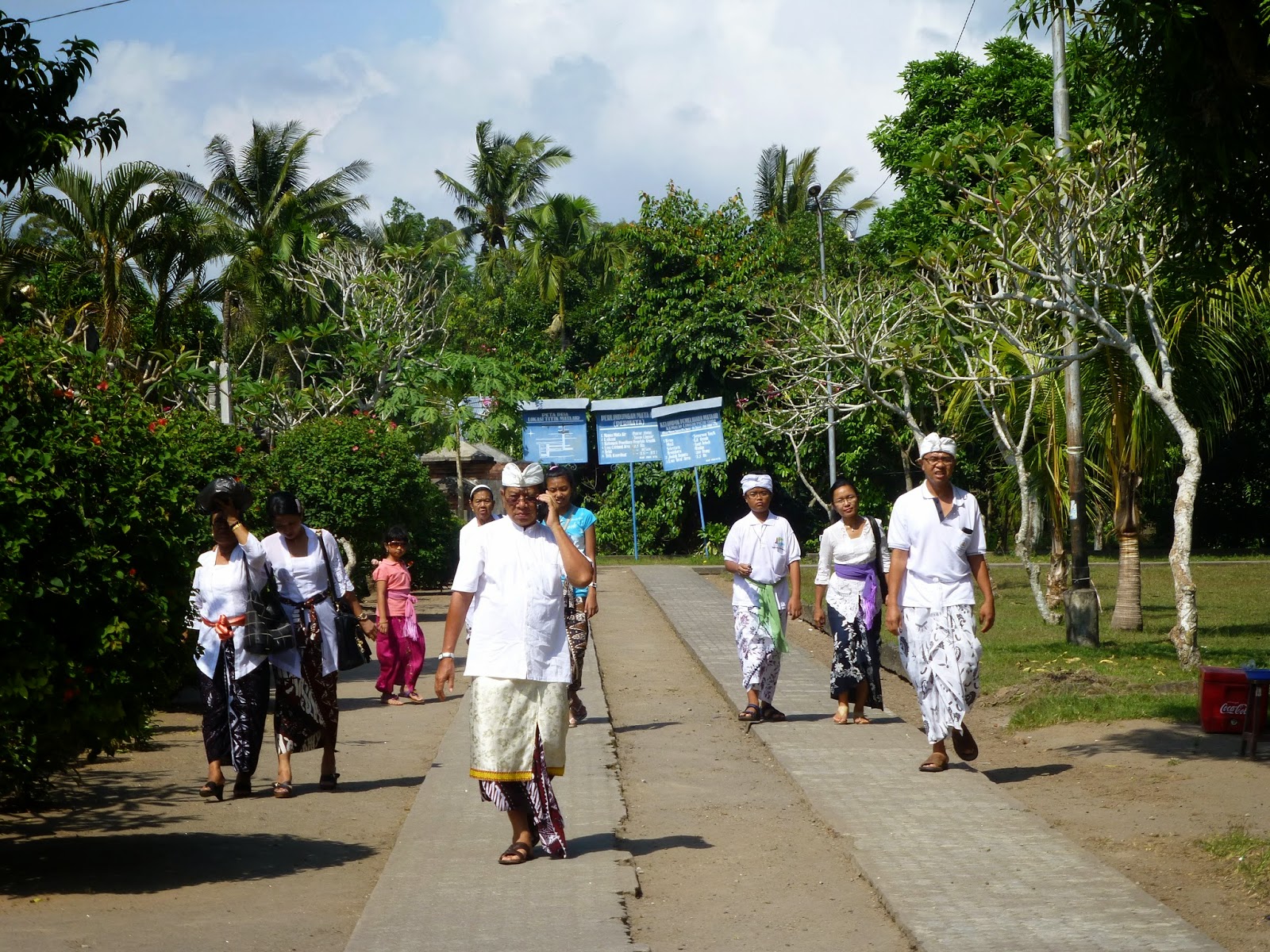 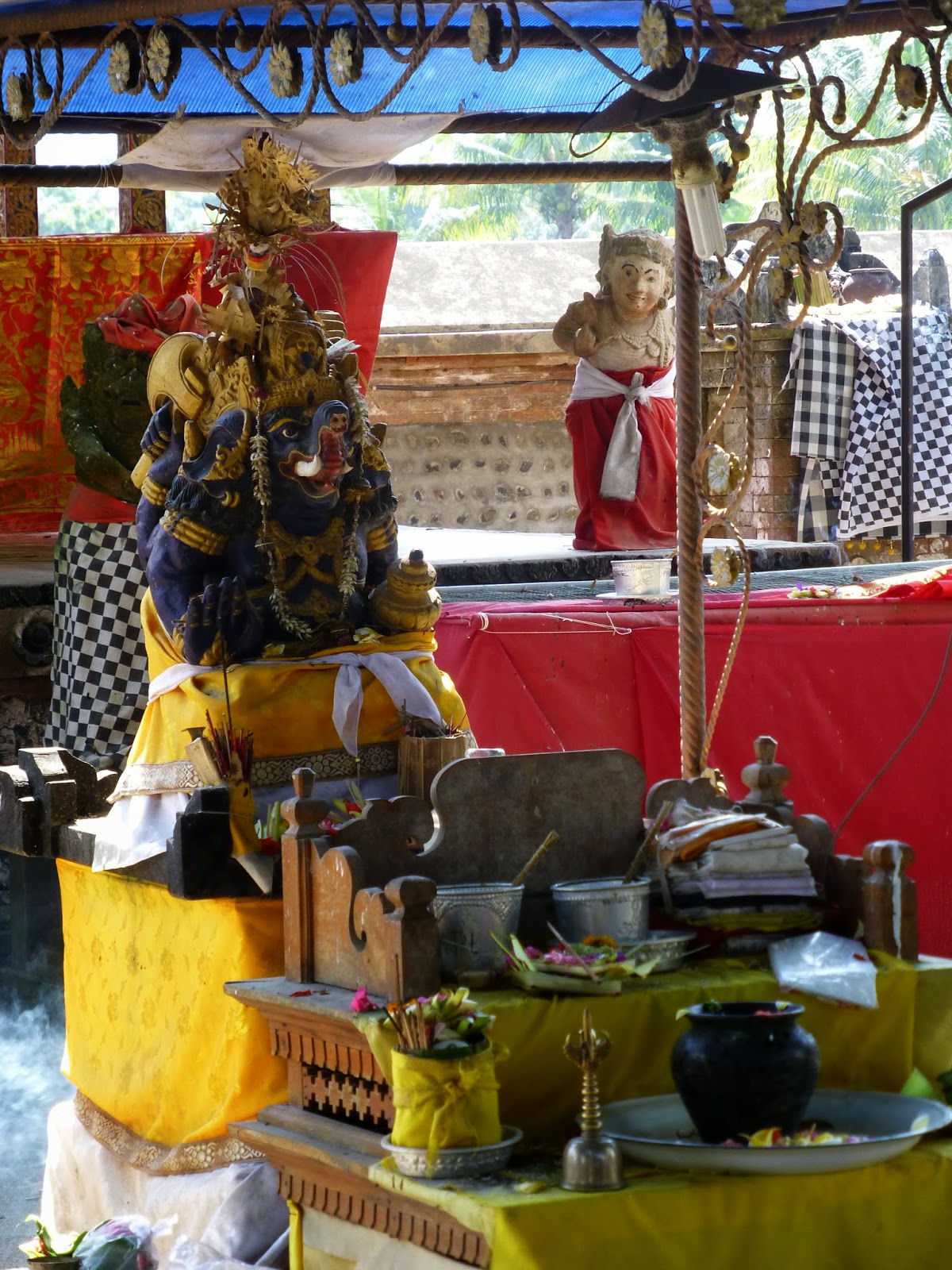 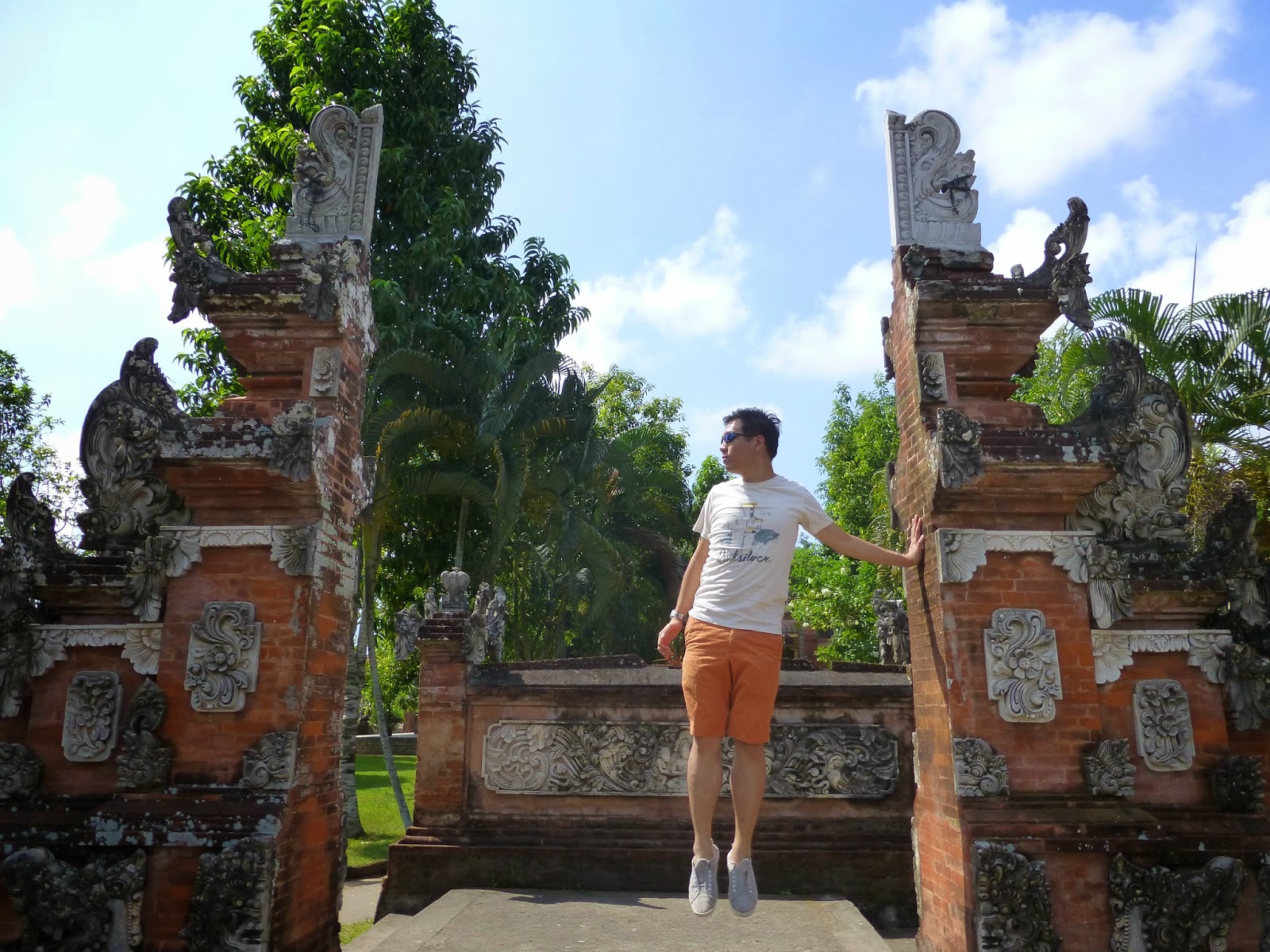 Pura Meru, is the largest pura in Lombok, and houses the architecture similar to those temples you can see oh so common in Bali. The three towered meru, represents the Hindu gods - Brahma, Vishnu and Siva. Built by Anak Agung Made Karangasem in the 1700's, this favorite visitor spot was used as a negotiation and judgement ground.

Bro Tips #4 : As a sign of respect when entering the sacred grounds, you would be asked to don a yellow belt instead of a sarong over here in Lombok.

The last pura I visited was on the peak of Gunung Pengsong. A slight hike on Pengsong Hill, with a bunch of monkeys that cheered you on the way up, you will reach the quiet Pura Pangsung. The local believes Pura Pangsung is the closest places you can reach to the Creator. Uhm. Don't forget to high view of Mataram town when you are up there. 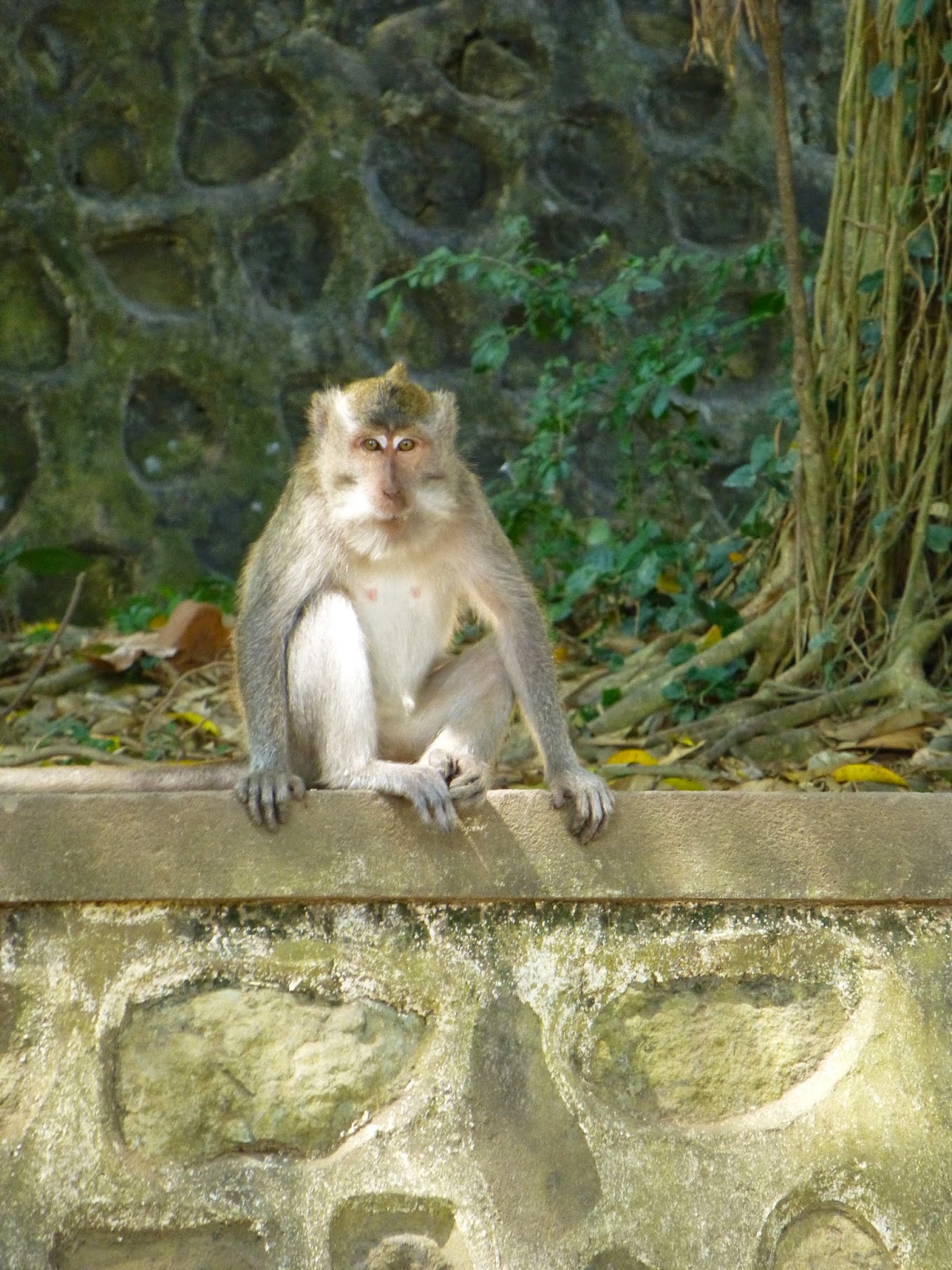 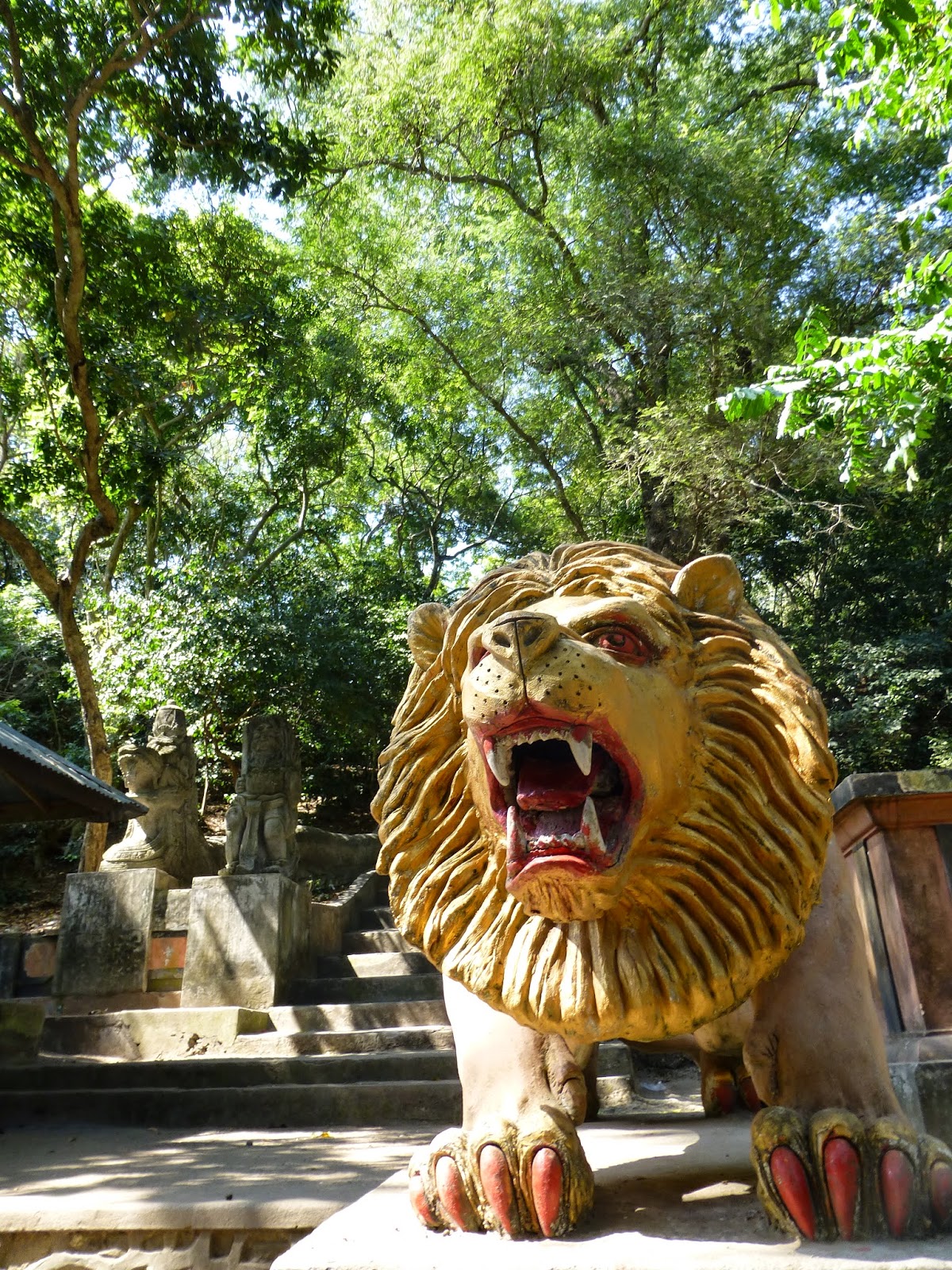 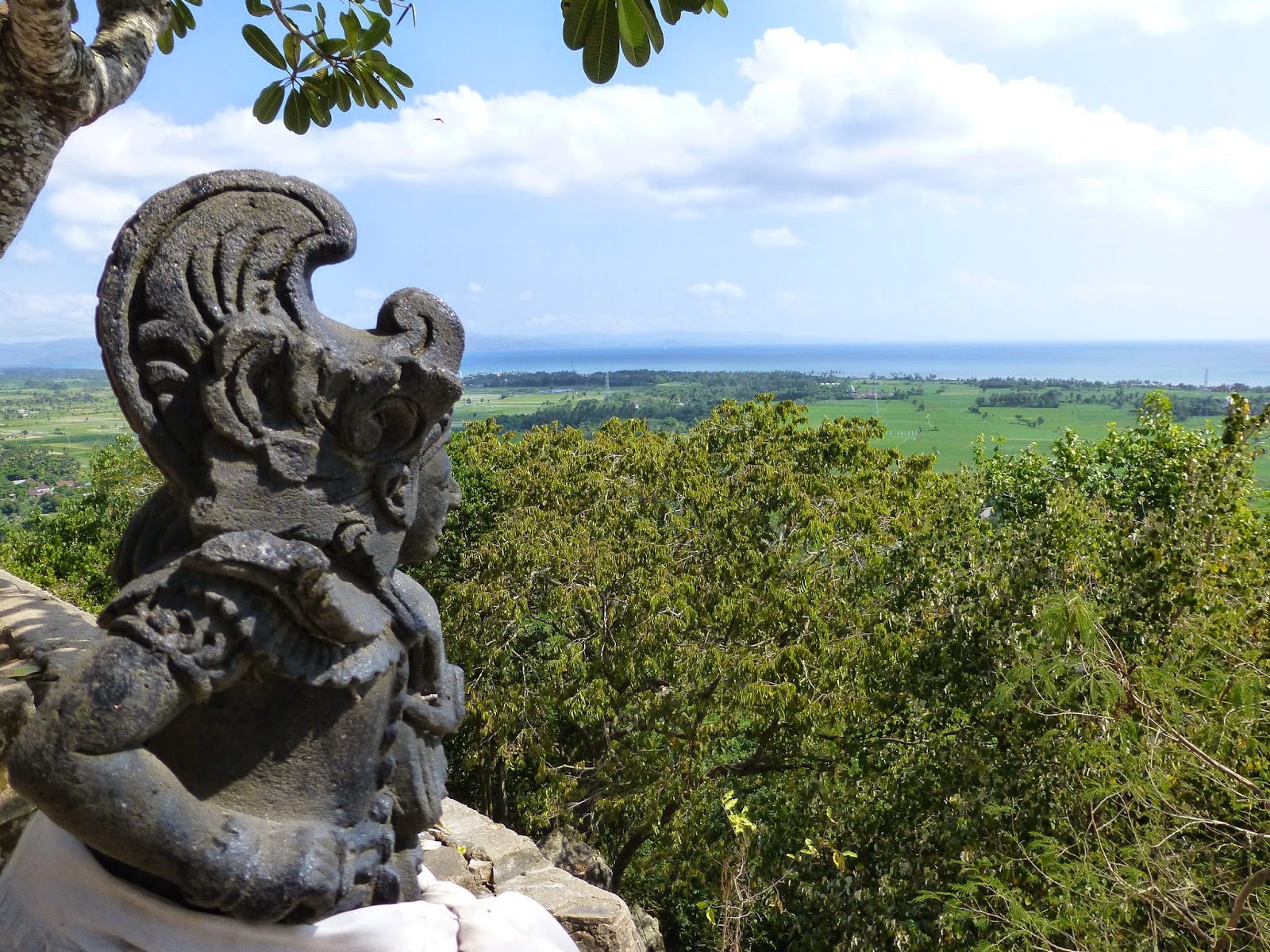 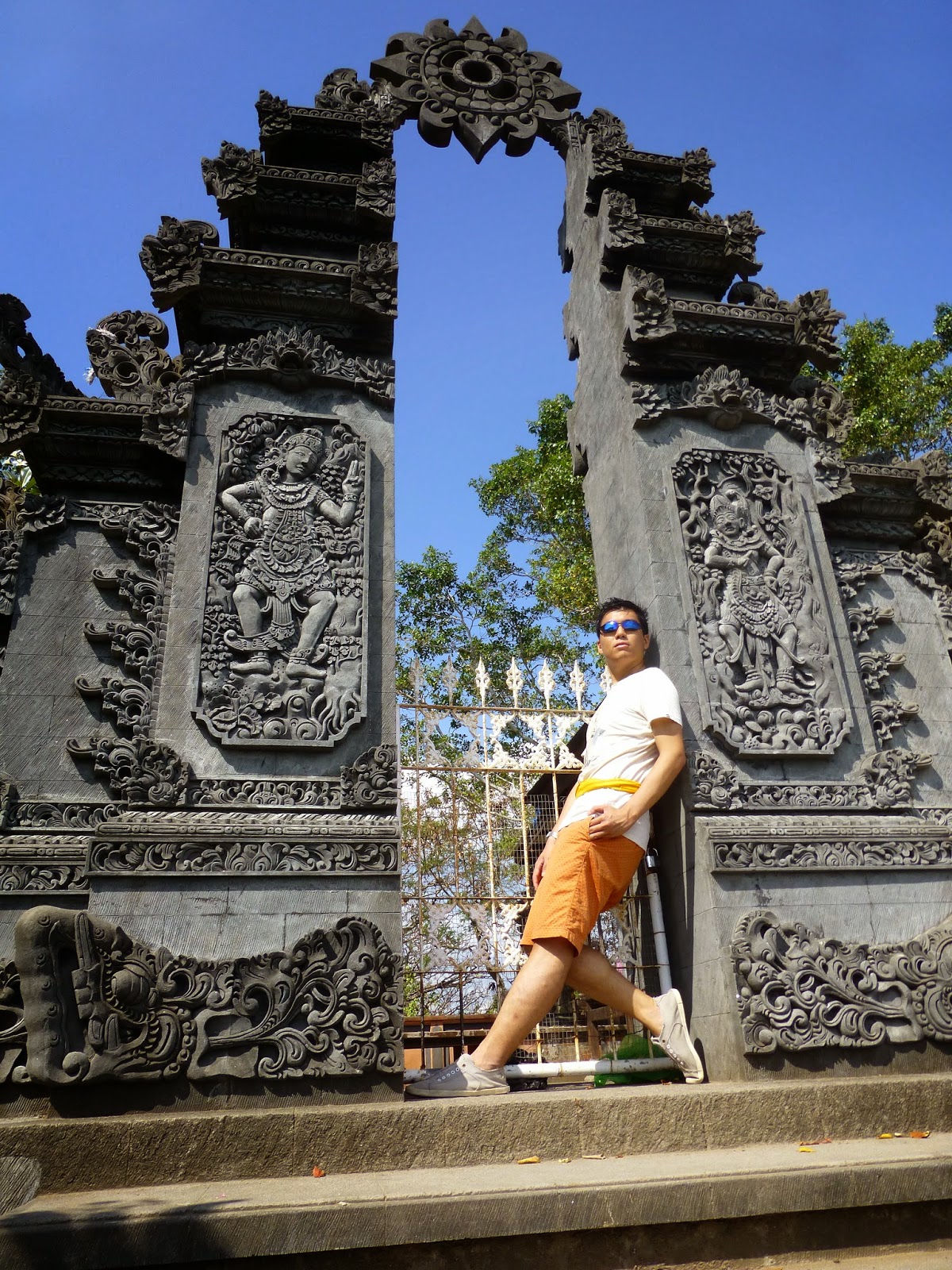 While Lombok is no Bali for sure, the temple tour here is quite worth while in my opinion (Fortunately for the good weather when we were there too!). Minus the fact that SATG is actually unnecessary. Gah. It's a well spent day in Lombok all in all, will feature the Gili Islands in my next entry. :)
Posted by Unknown at 11:51 PM