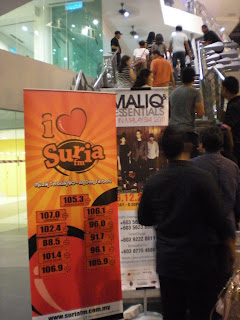 I have to admit, I was not very familiar with Maliq & D’Essentials, but after hearing some of their famous hits, I was looking forward to their showcase instead.

Live in KL Live (pardon the pun), the show started with a very unfamiliar opening act, Ahmad and Ahmad (not too sure if spelled correctly), a two piece act who sang through their songs like they’ve had a few downers. They’ve shouted through the song with not much of an impressive vocal to back their songs up, gosh the horror. 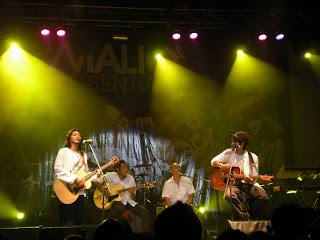 Then there’s a second opening act, Tilu, was chosen by Maliq & D’Essentials from an online contest, which relatively did better than Ahmad and Ahmad (thankfully). The compendium of a saxophone, flugelhorn, bass and a very cute lead singer, this act brought the jazz back to its place for the night. 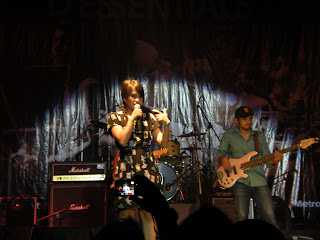 Thankfully, Maliq & D’Essentials took the stage around 10pm –ish (we were thinking they were a no show, they sure take a long time before they came up, and we were slightly tortured by the less than impressive DJ from Suria FM hosting the event). 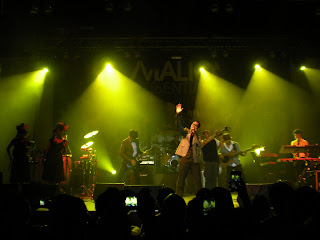 Retro was the keyword to describe Maliq & D’Essentials. They also have ample up-tempo numbers during the night and I must say, Maliq really know how to move the stage (and the crowd). Yeah, so he may not be that fluent in English, but who cares, as long he worked the crowd, it’s not much of a judging factor there. 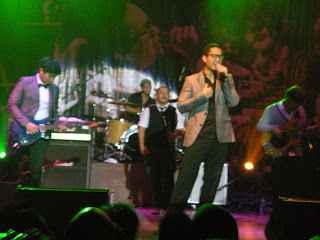 Along with the fan’s favorites hit, Terdiam, Coba Katakan and Terlalu, it was an hour and 15 worth of good Indonesian jazz music enjoyment. The sky’s the limit for Maliq & D’Essentials and I think we’ll be seeing much of them soon. :)