If you're landing via Kunming Changshui International Airport, aside from Kunming itself, you may venture to another of Yunnan's famous destinations, Lijiang.

Lìjiāng (丽江) is a prefecture-level city in the northwest of Yunnan province, People's Republic of China. Heading there from Kunming, you can either take a flight, or as how we traveled, a late night soft sleeper train. It costs around 226 yuan (Approximately USD 36) from Kunming Station to Lijiang, and it takes about 10 hours, ample time to sleep in the train (depending on how tired you are, we were basically that tired that we barely noticed the multiple stops the train made along the way).

Arriving in Lijiang in the morning, it is COLD (it's autumn during January), i mean like, for someone who comes from a tropical climate country, we basically froze ourselves from the station to the car (we opted for a private tour). The shops in Lijiang doesn't open that early, so if you're an early breakfast kinda person, you might want to opt for McDonald's or something along the way if you can find them.

If you have the whole day in Lijiang, and if you don't wish to hike up the Tiger Leaping Gorge (which is beautiful, but we opt for a lazy day in the Old Town instead hahaha), you can try to follow the itinerary we had over there. 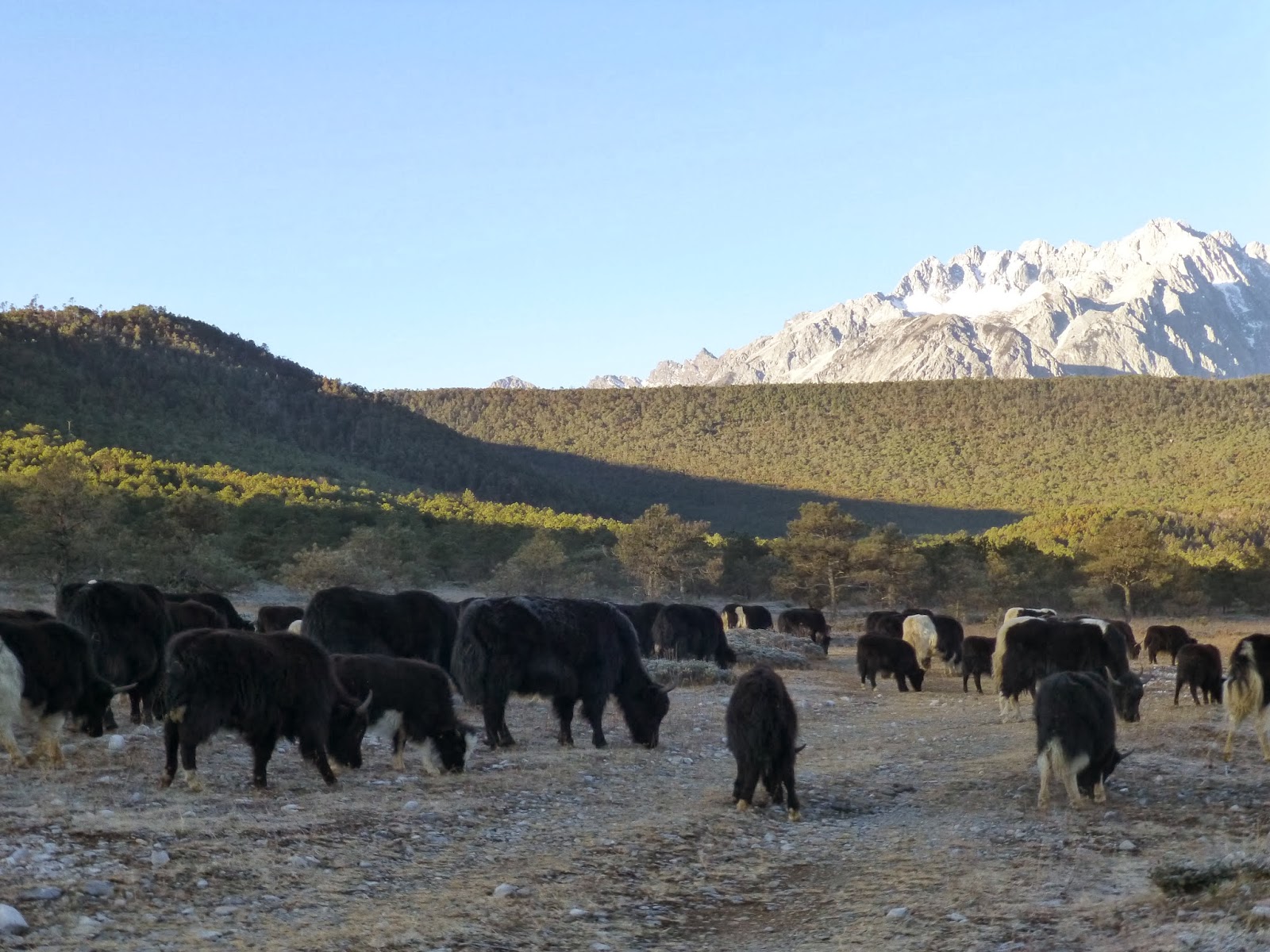 We first made our way to the Jade Dragon Snow Mountain (玉龙雪山), a mountain massif in Lijiang. The snowy mountain backdrops the another famous tourist spot in Lijiang, the Black Dragon Pool (黑龙潭, Hēilóngtán). 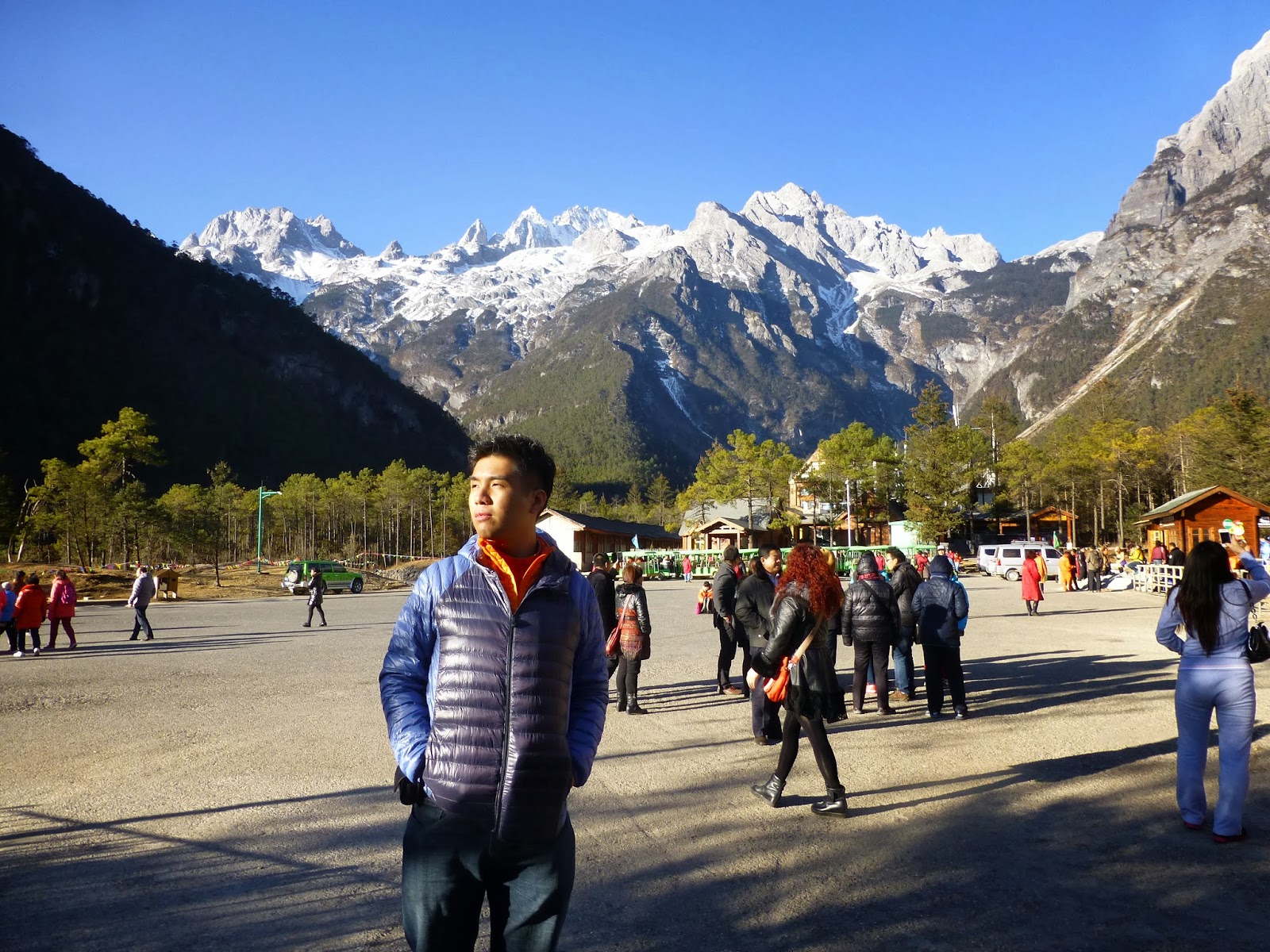 We boarded the cable car up to the Spruce Plateau (otherwise known as the Splendid Vale), a large meadow that gives different vibe and shades of colour as it evolves through the seasons. If you are lucky enough, you may encounter yaks and mountain goats around to feast on the fresh grass/vegetation around. 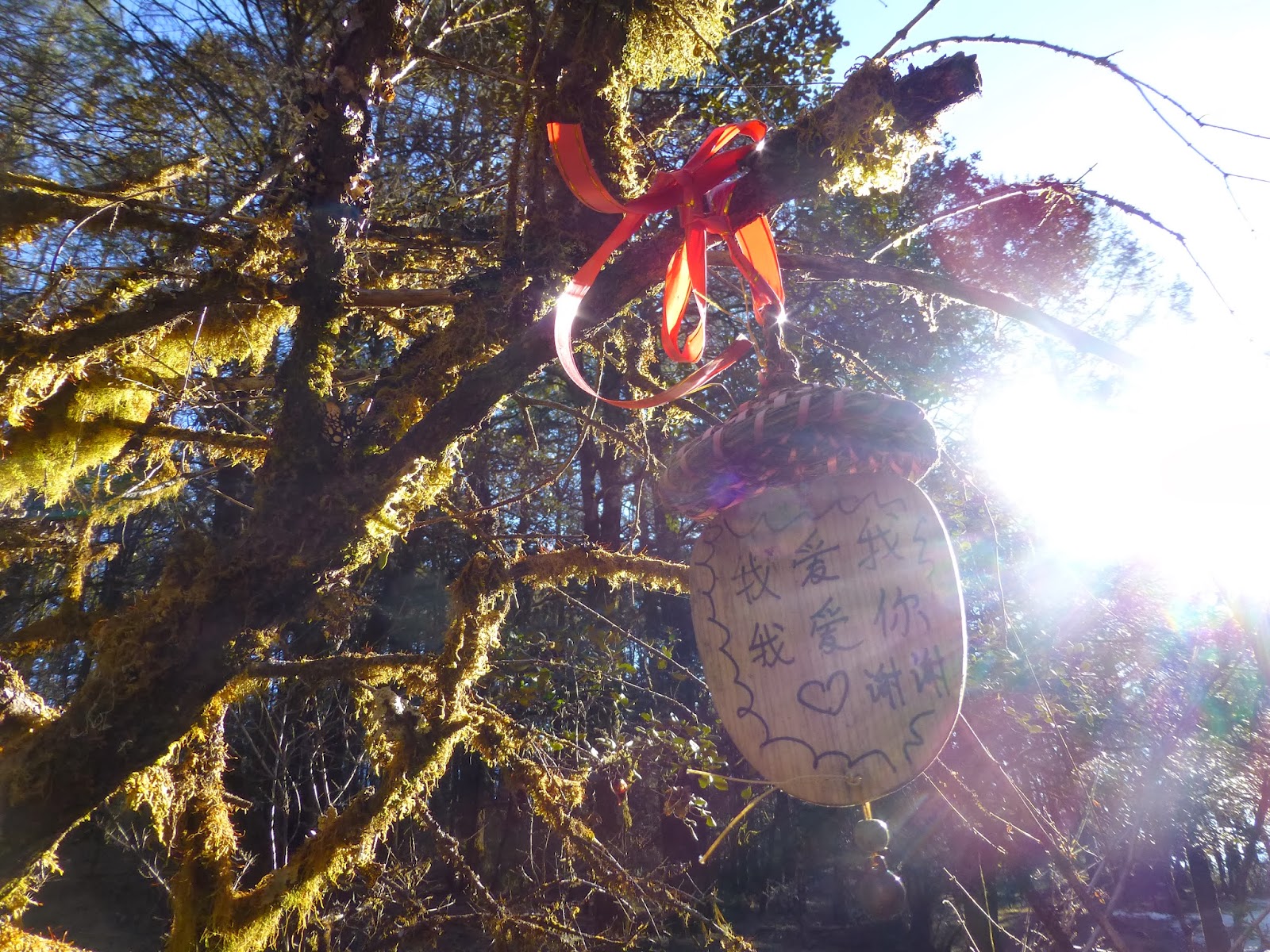 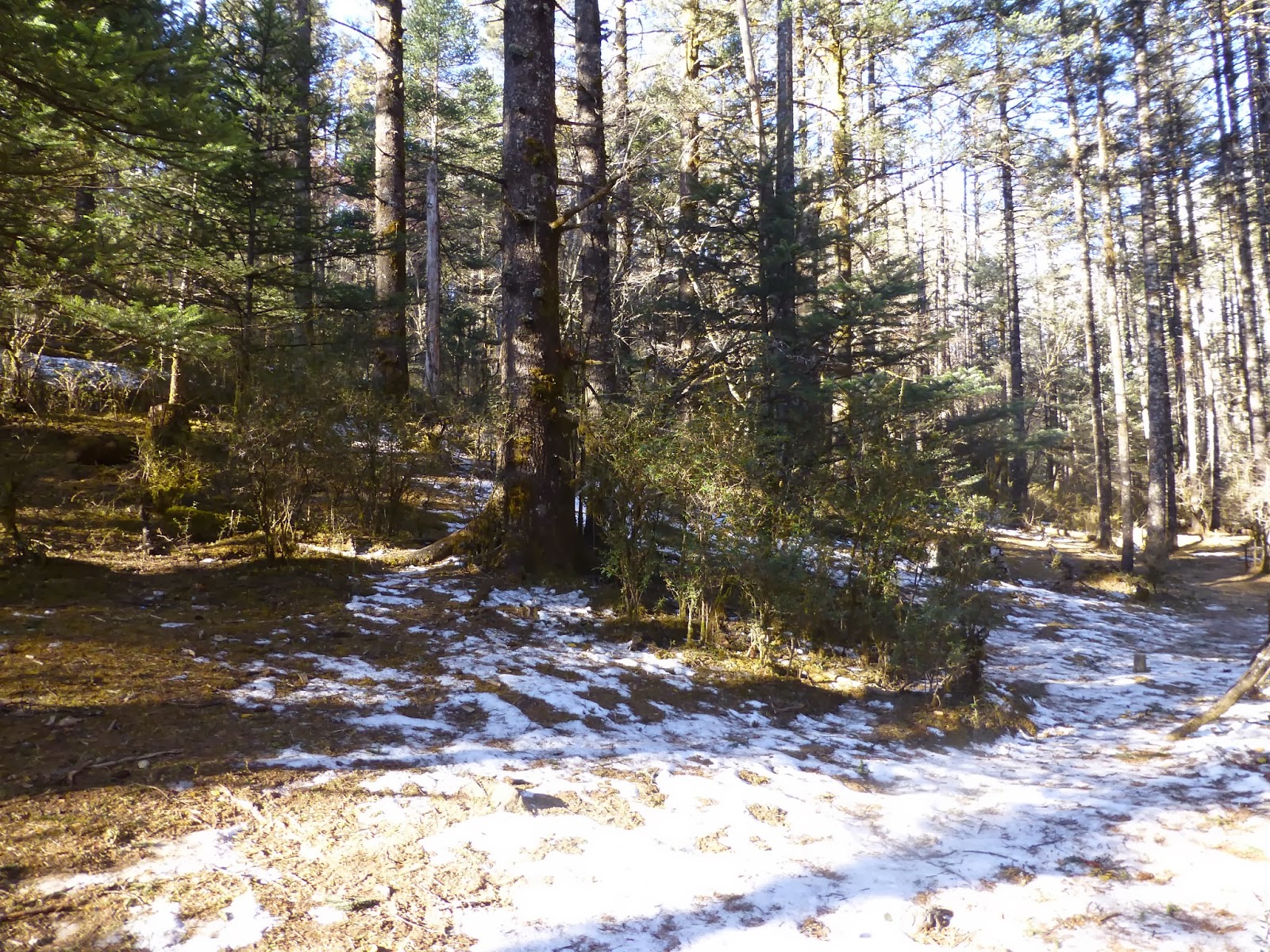 The Naxi people regarded this place as the 'entrance to heaven'. Oh, legend has it that the Naxi version of Romeo & Juliet happened here, where young lovers came here and die together when their love and marriage were rejected by their family or society status. Oh well. 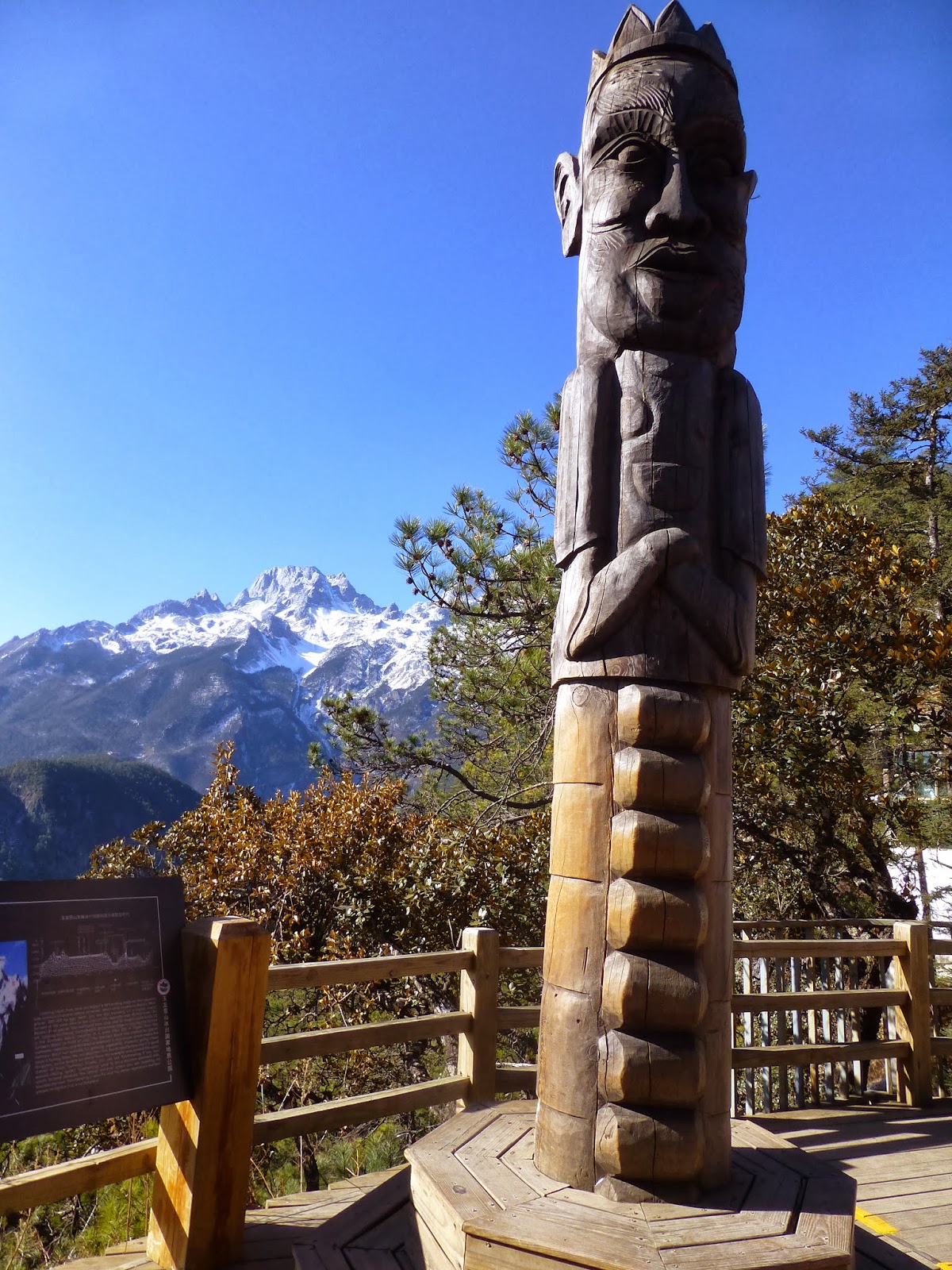 Natives can be seen with their vibrant ethnic clothes and with songs and dances accompanying. Oh, if you wish, you can snap a photo in their ethnic fashioned clothes and/or with animals such as eagle and llama. 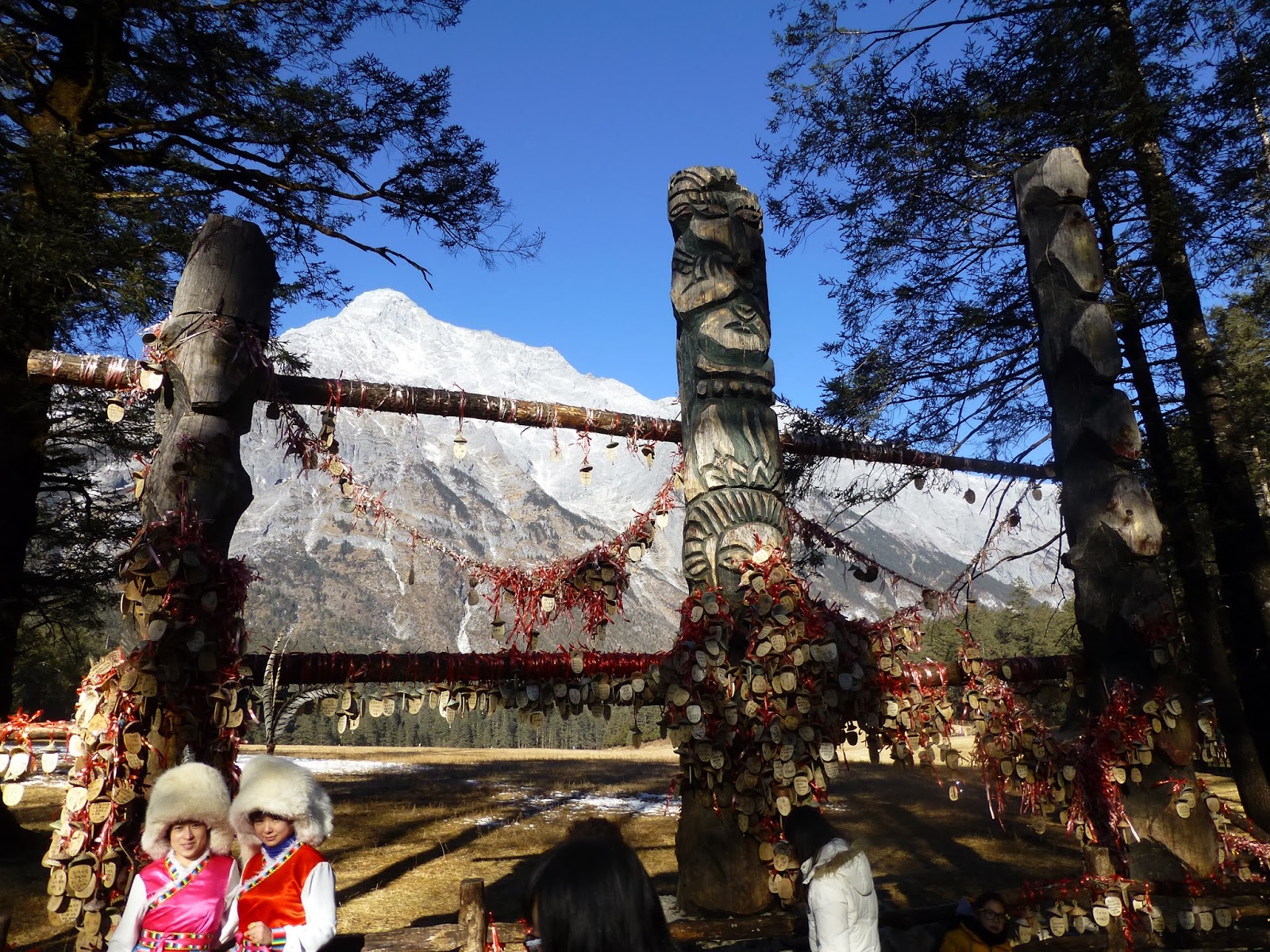 The mountain backdrop is surreal, and really brought me back to the mountains I remembered when I was in NZ. Snap snap snap. 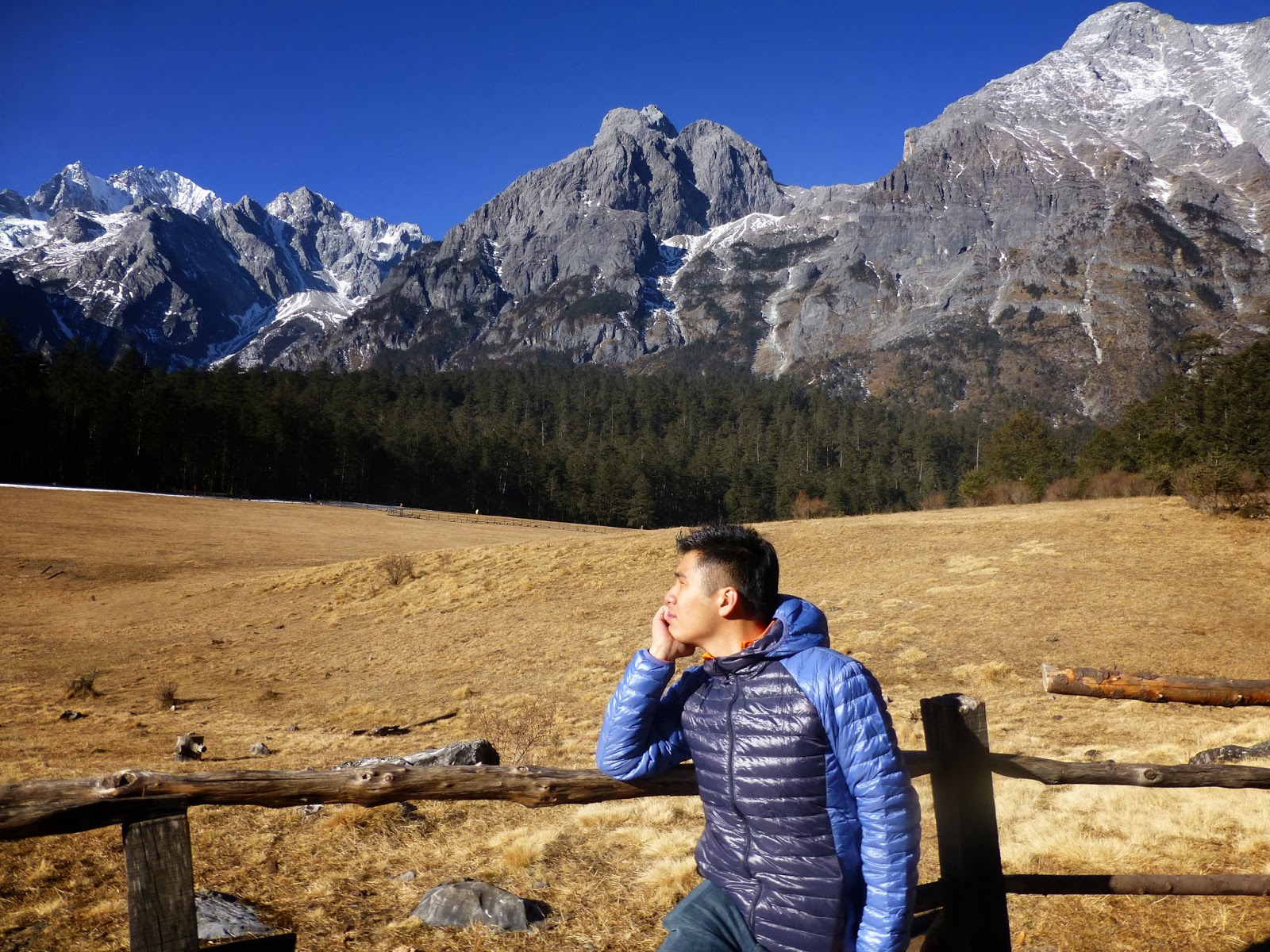 After the morning walk, we made our way to the Baisha Murals. Located around 10km towards northwest of Lijiang old town, quaint ancient villages can be found, including Baisha. Here, the most famous fresco, otherwise known as the Baisha Mural can be found. It is said that the murals were created during the course of the Ming Dynasty through the Qing Dynasty (a span of around 300 years) and it was a massive collaboration from the local Naxi Dongba, Taoist, Tibetan Lama, Han and other unknown painters.

The complexity of the mural paintings is said to depict the different religious cultures of Buddhism, Lamaism, Taoism, and Naxi Dongba religion and the walks of life of the myriad of people that lived through the era of rapid economic development, mutual acculturation of multinational culture, national solidarity and the growth of religions of the area. Due to the collaboration of the multiple painters, the type of skill applied and the materials used to produce the murals are hard to replicate, and in the case of the Baisha Murals, it is rather impossible for its restoration process. Photos are strictly prohibited at this area, so it is only possible for us to soak in the national treasure when we were there. 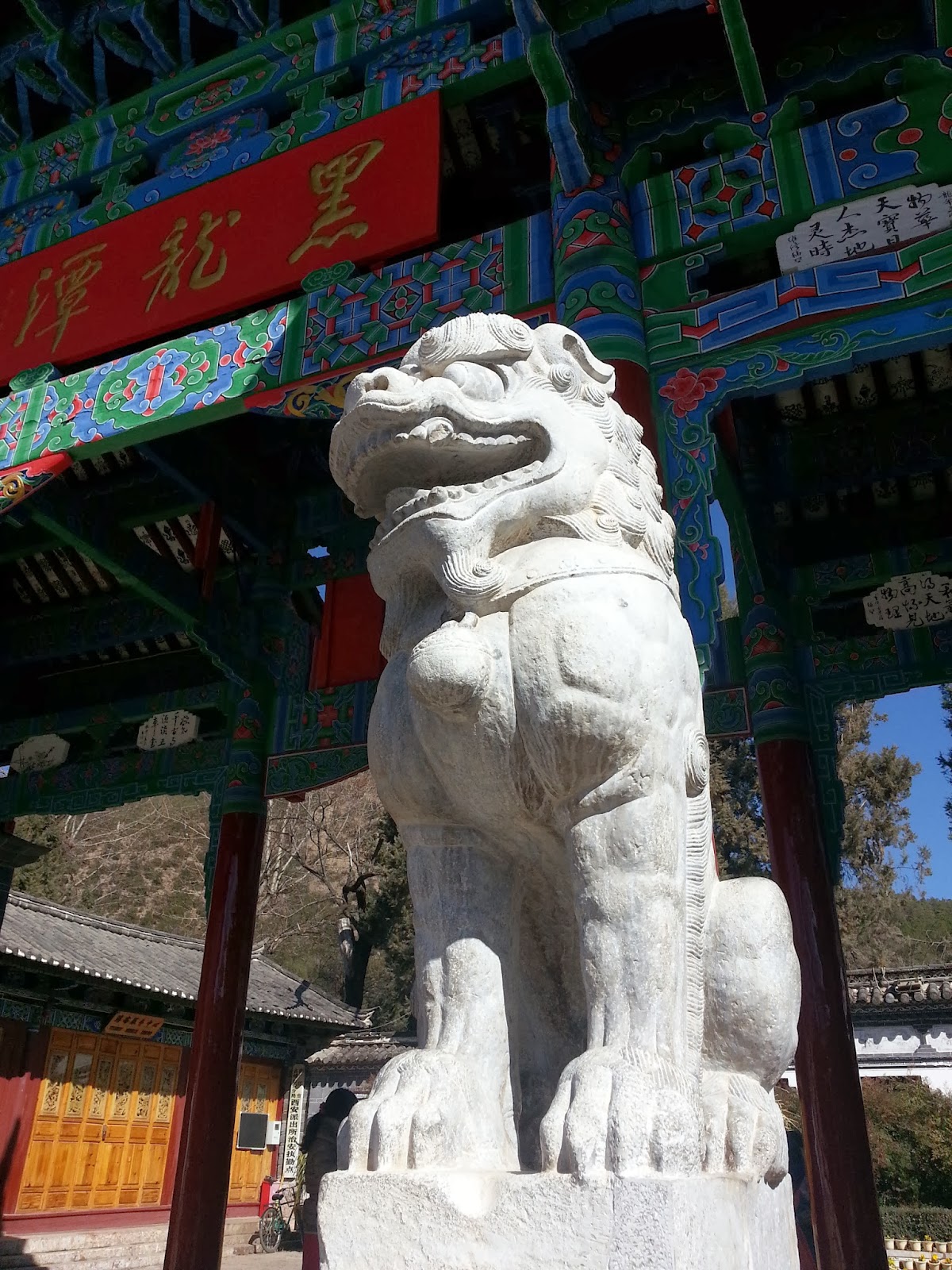 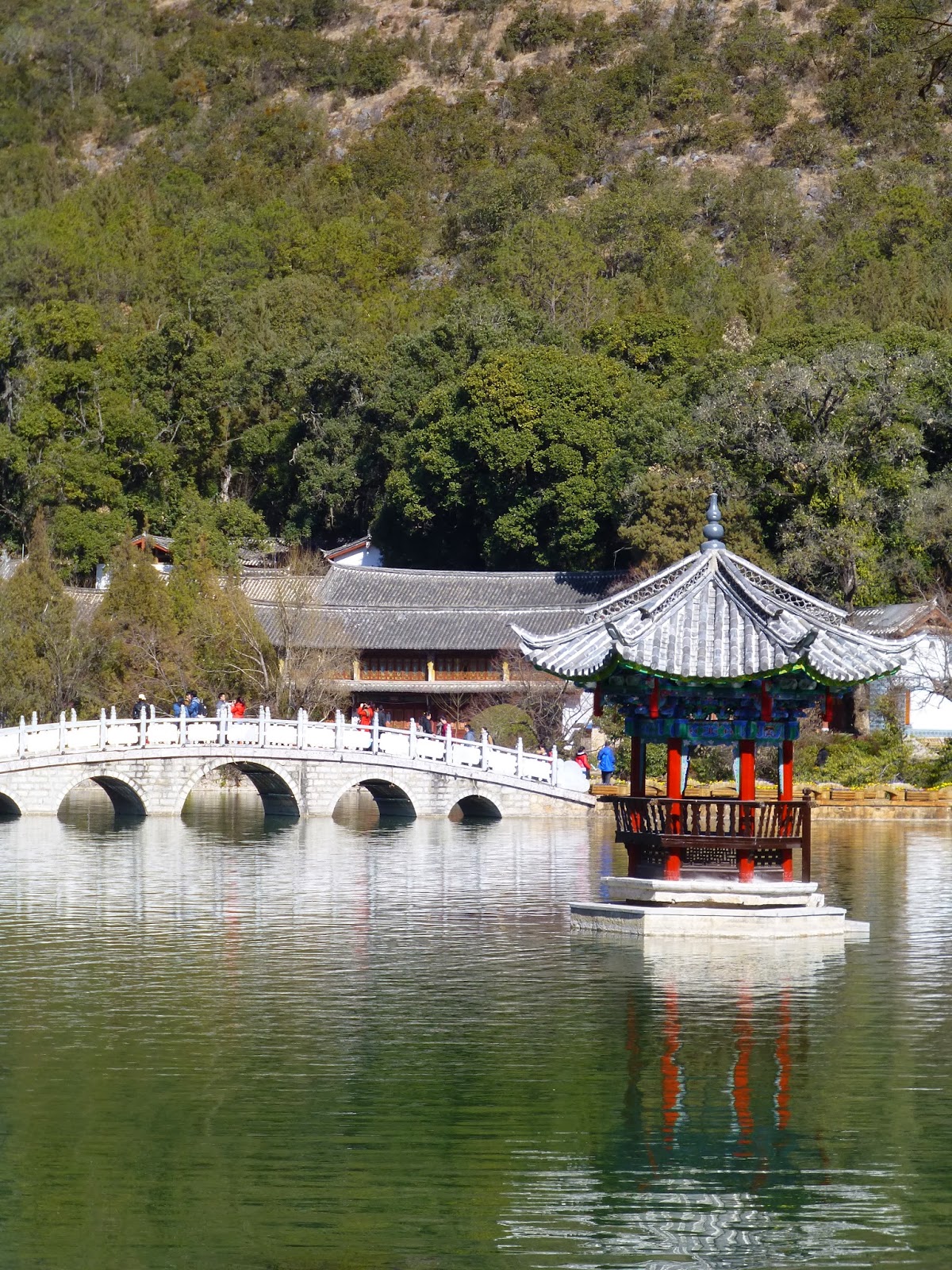 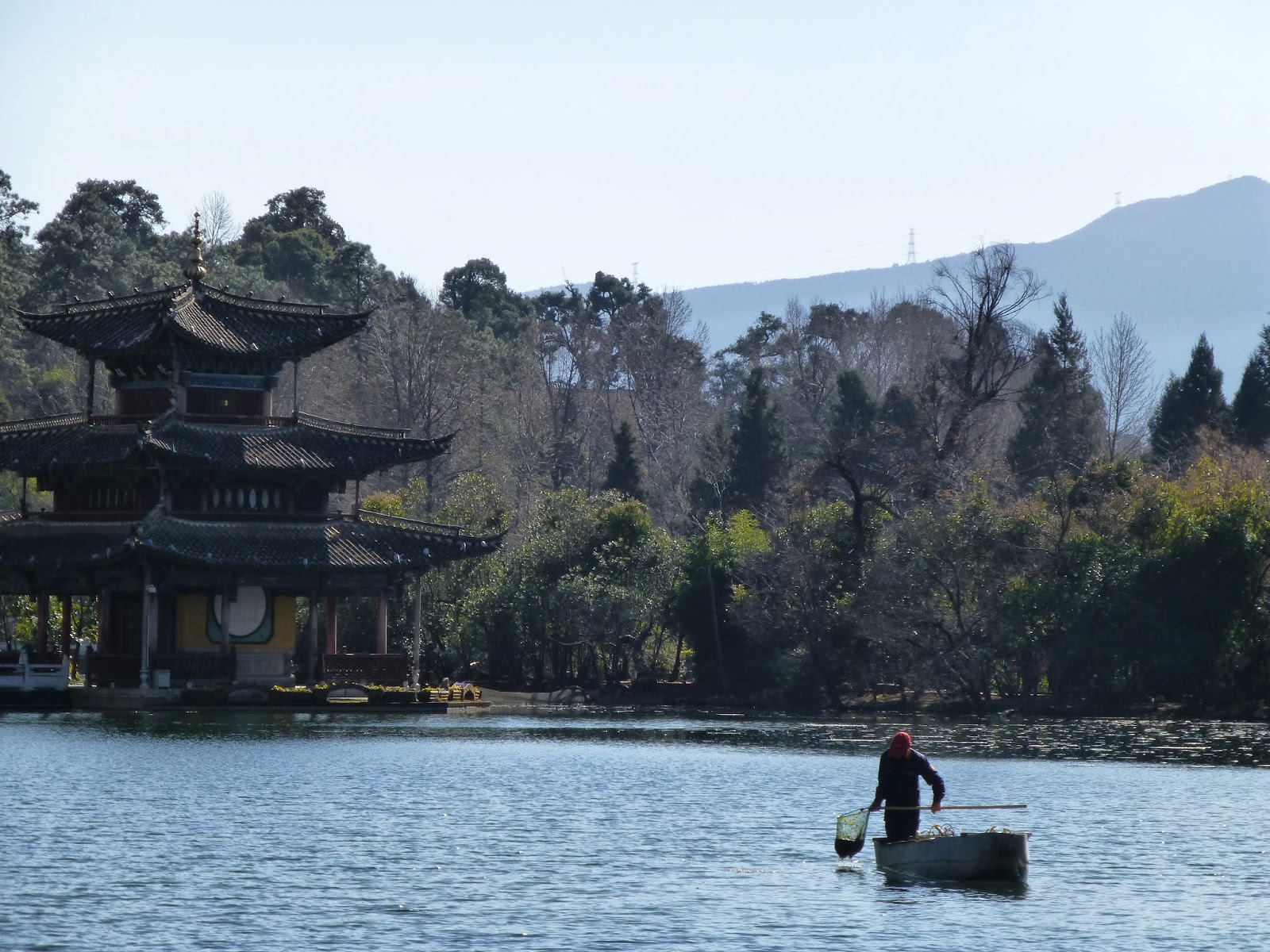 We then made our way to the Black Dragon Pool, where it was said that the pool dried up until June 2013, until they pumped the water back in (by how, it is a mystery to me) and thankfully they did, otherwise we would be sorely disappointed, haha.

Overall, aside from the pool, it is kind of a recreational area for the locals as well, where you can see the local Naxi aunties dancing under the sun, old Naxi uncles playing Chinese chess, and young couples dating. Oh, how I wished I could snap the iconic picture of the Pool with the Snow Mountain as a backdrop, but I'll just settle with what I have.

Lastly, the Old Town of Lijiang (丽江古城), a Unesco World Heritage Site. The town has a bustling history of being the tea horse road trade area, and has abundant of orderly waterway and bridges system. The attractiveness of the town, although named the 'Old Town', it is more like a slightly more happening place compared to the likes of Bukit Bintang, due to its charming old buildings with cobblestone streets (cars are prohibited to enter the old city). 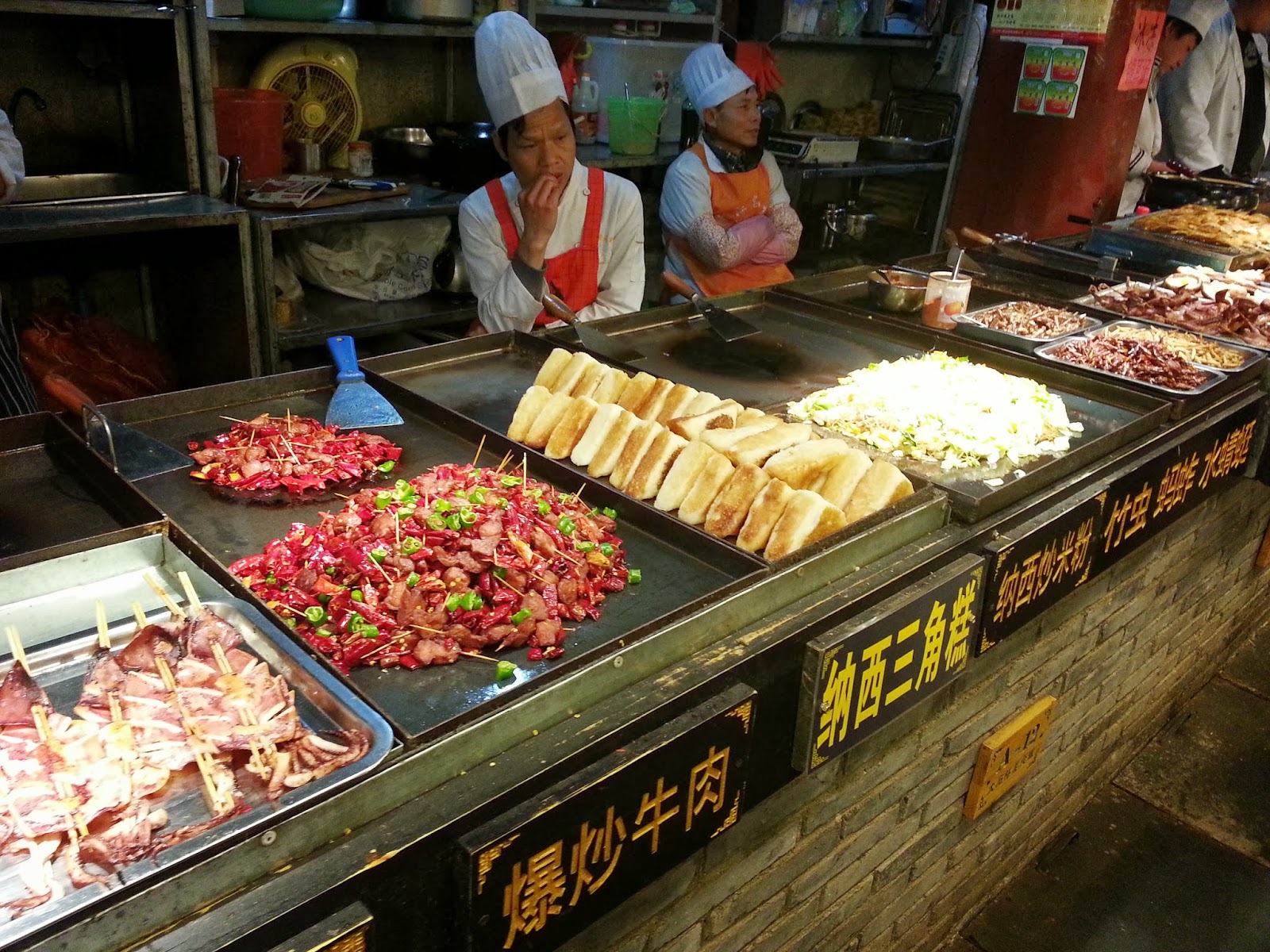 Foods are abundant here, don't worry. Although you may need some acquired taste, and some gastronomy courage to try some of the local cuisines, including the yak meat. 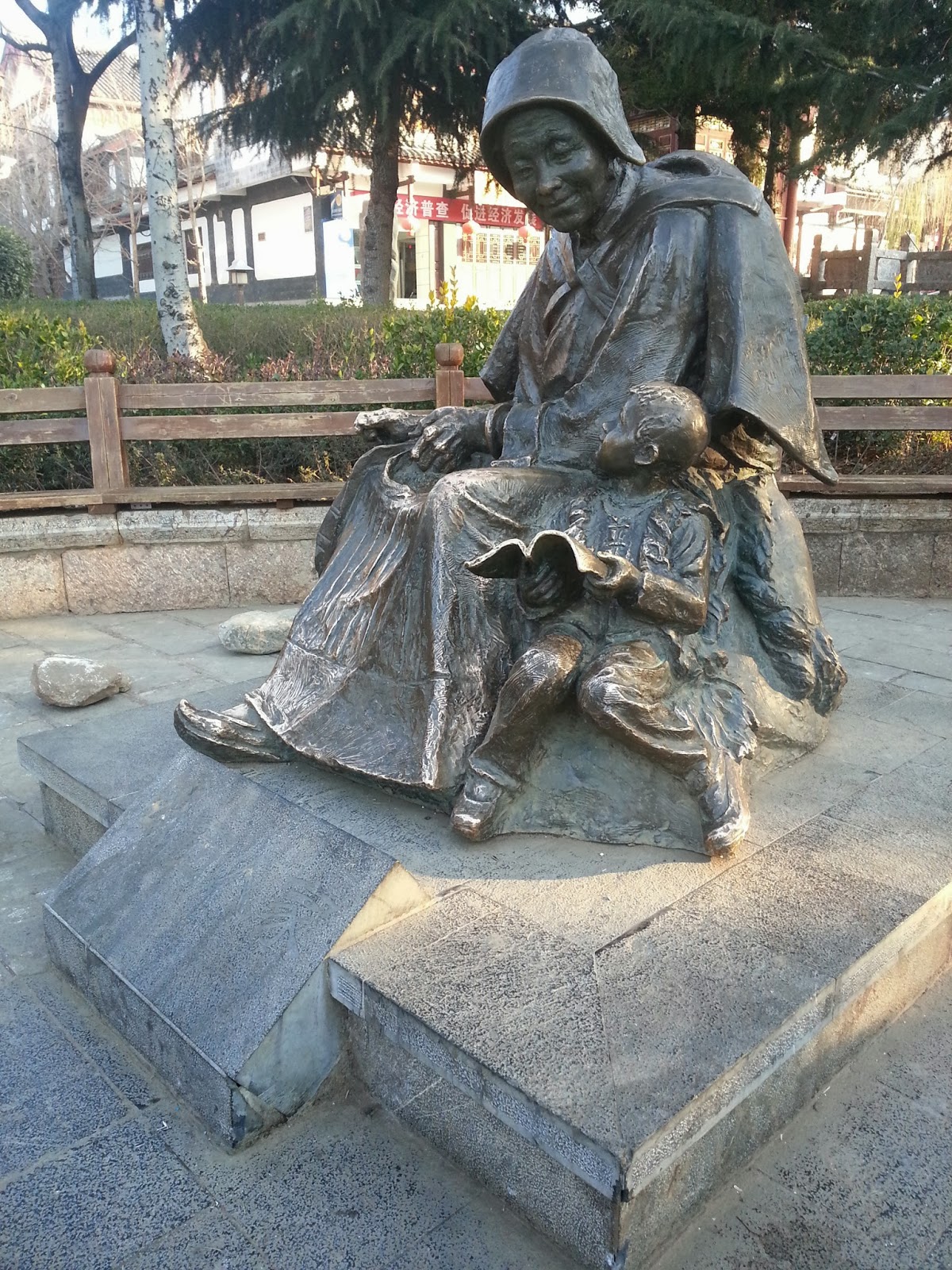 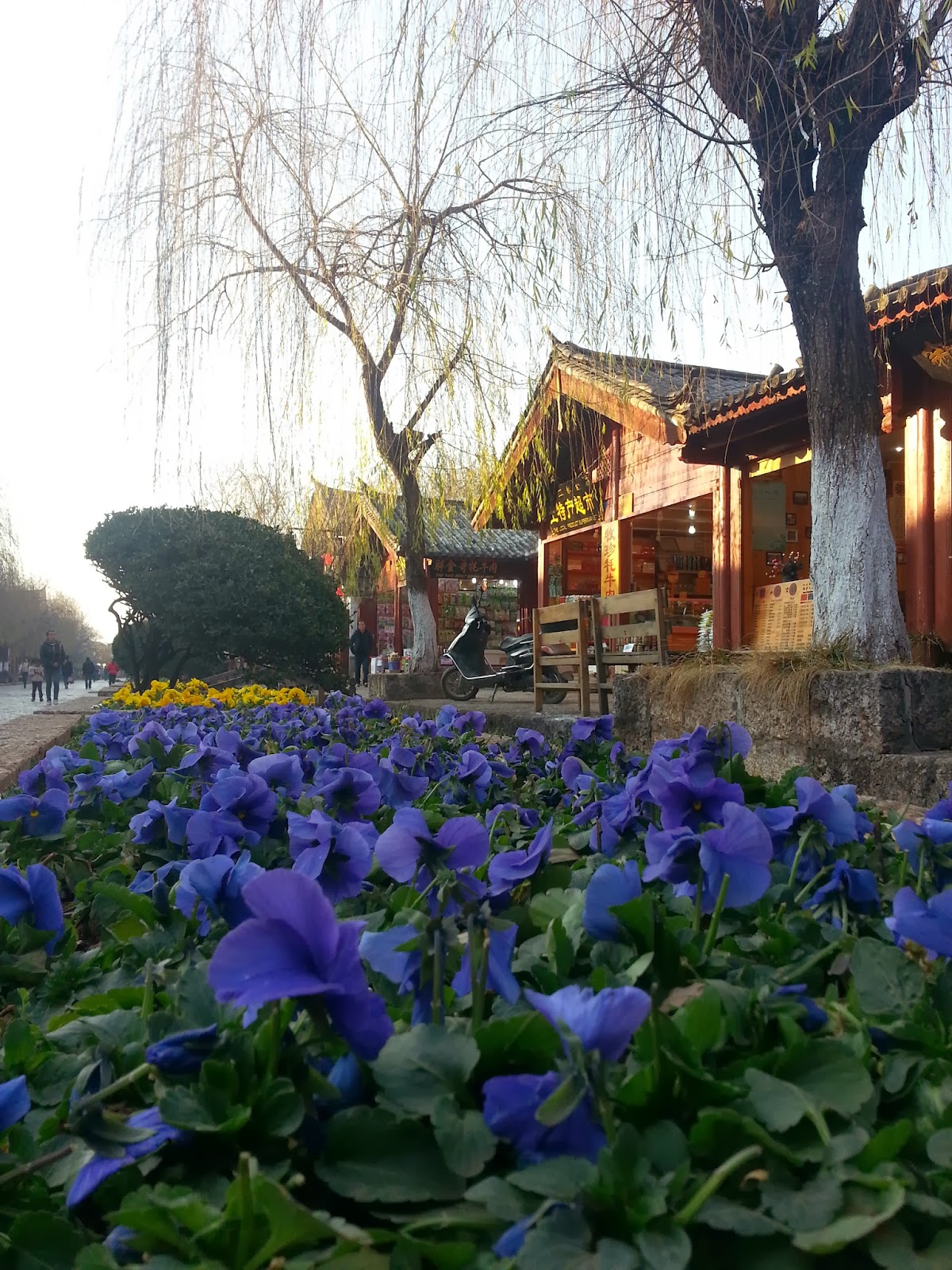 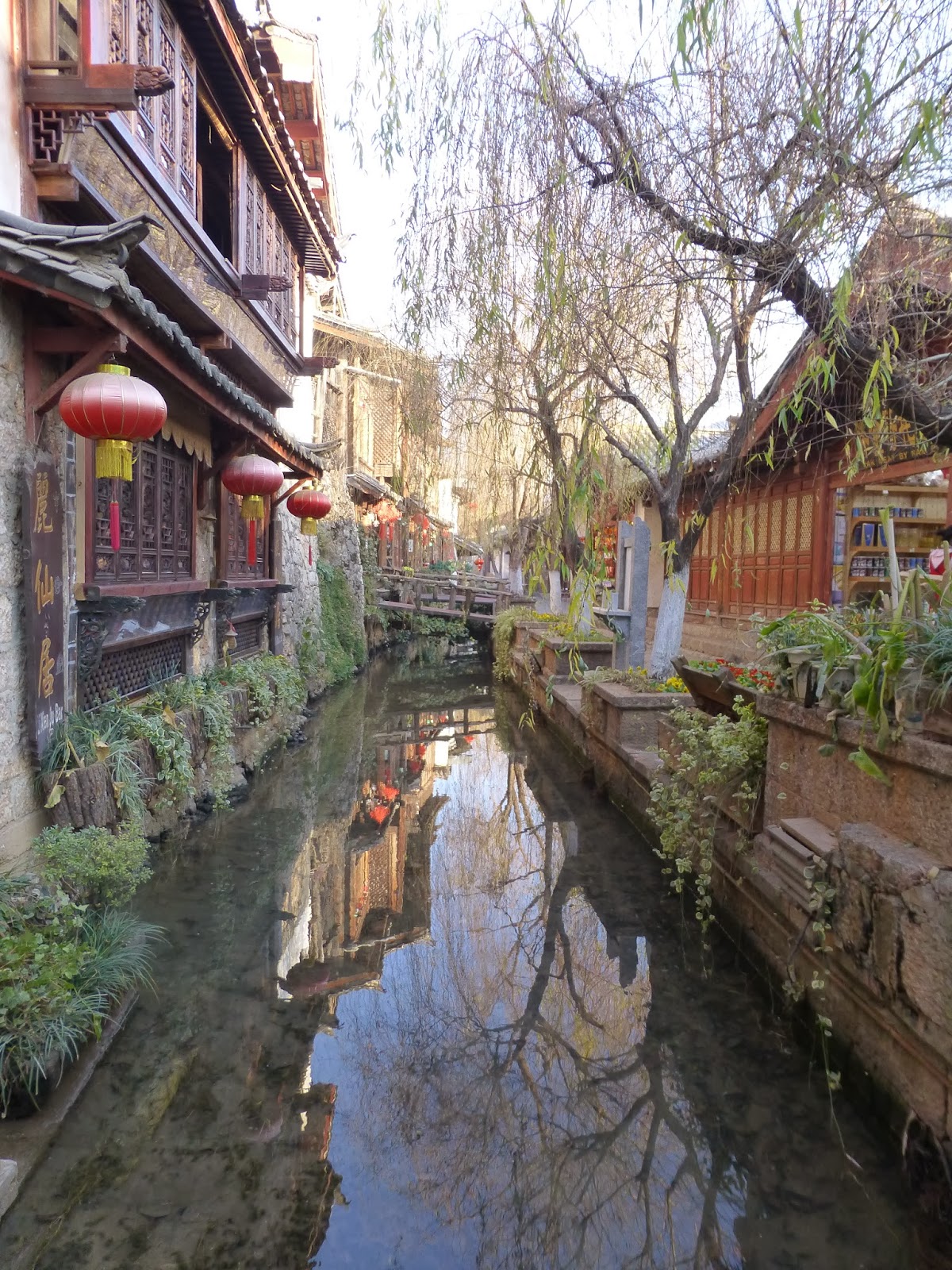 Oh, your fluency in English? You don't really need them here, most of the signage will leave you puzzled of what it really means (it helps if you can read Chinese). 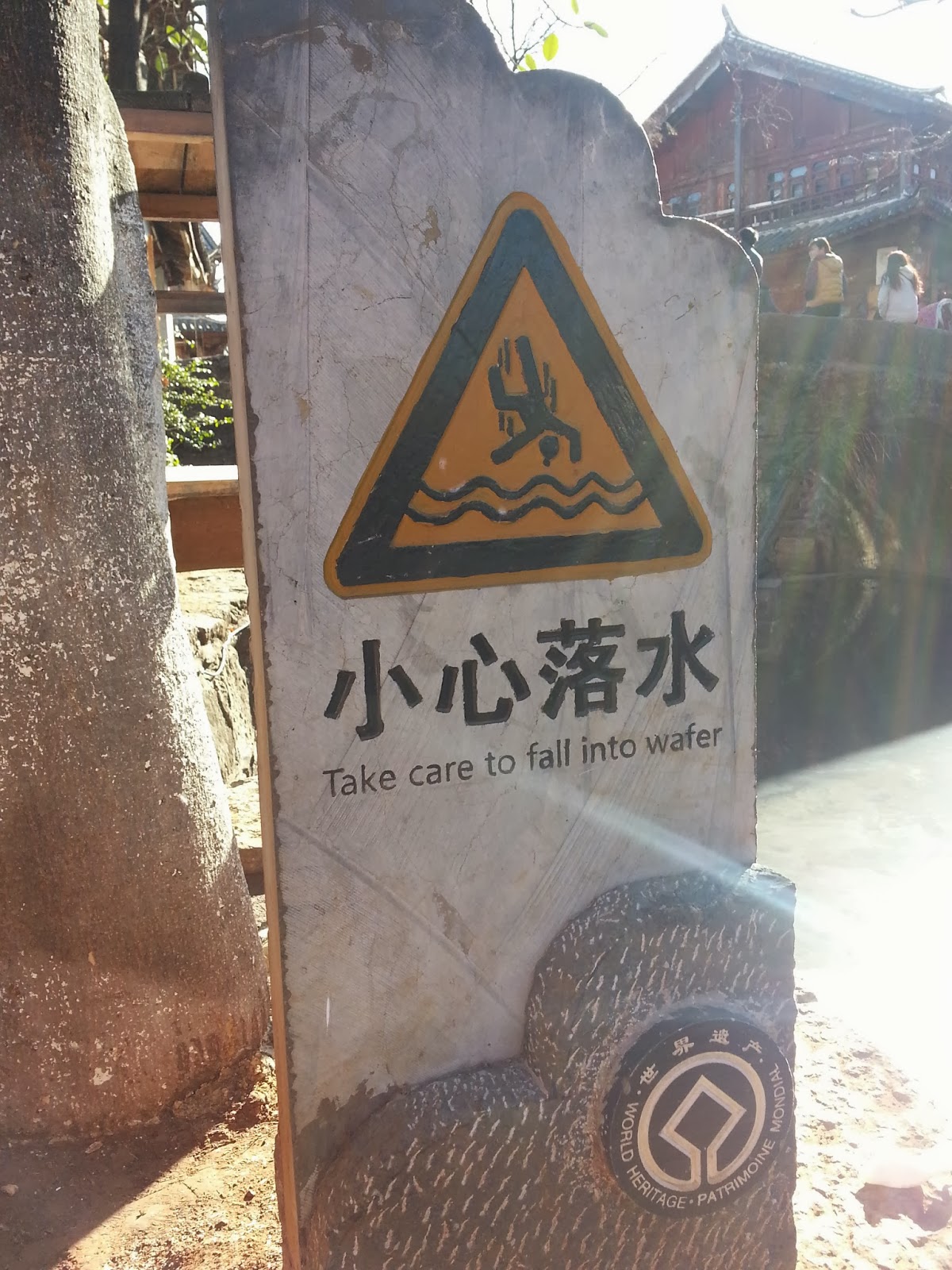 Also, you may notice the wide usage of the pictograph motives around the town, pictographs were used as communication medium of the local Naxi people. 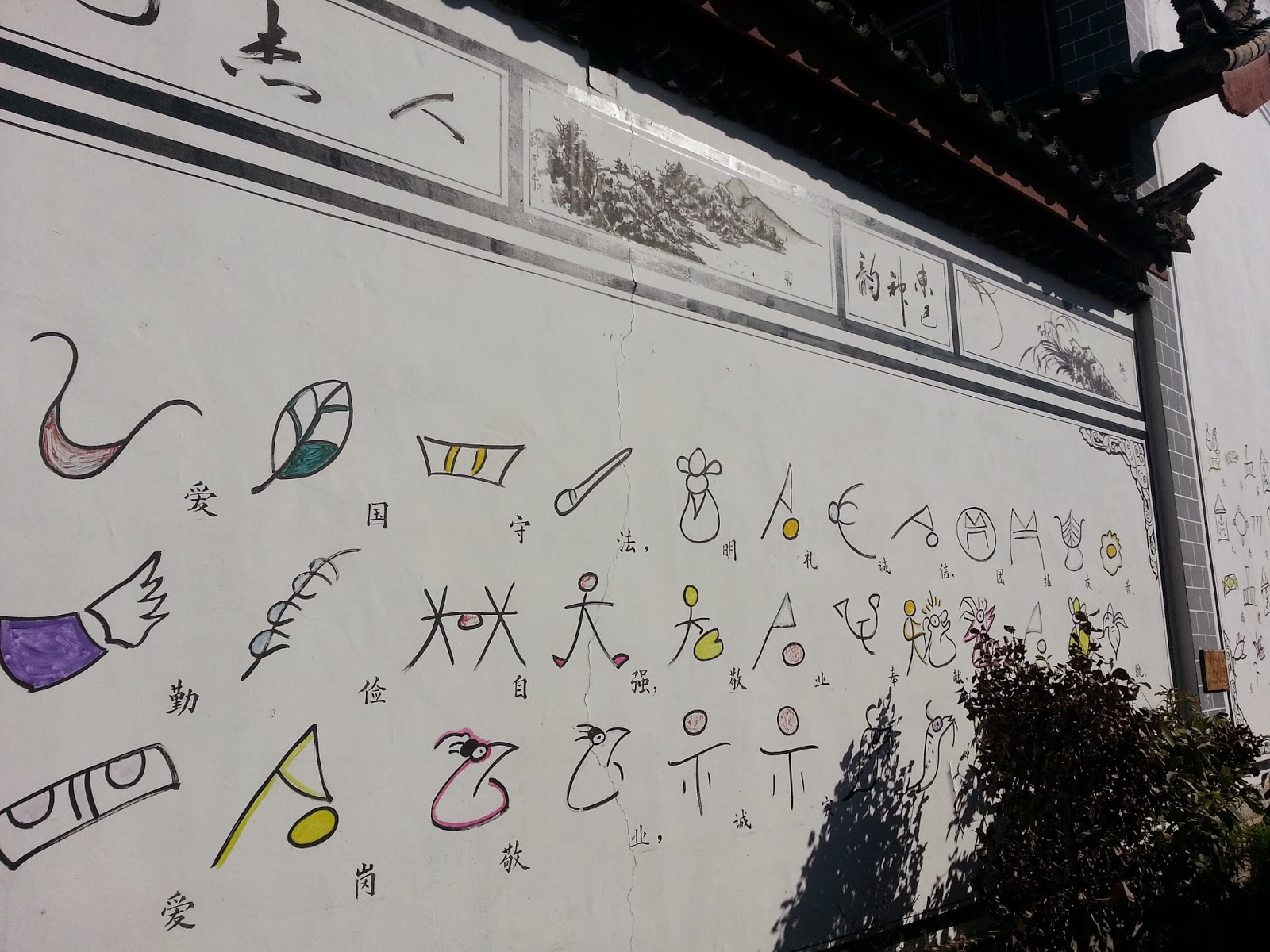 Iconic spot for photos? The water wheel at the entrance of the Lijiang old town, the panoramic scene of the old town (just look for your way towards Wenchang Palace) and the Mu Residence (southwest of the Old Town) which gives you a feel of the ancient Chinese imperial palace, and the Town Square, where you get to ride on ponies/horses around town. 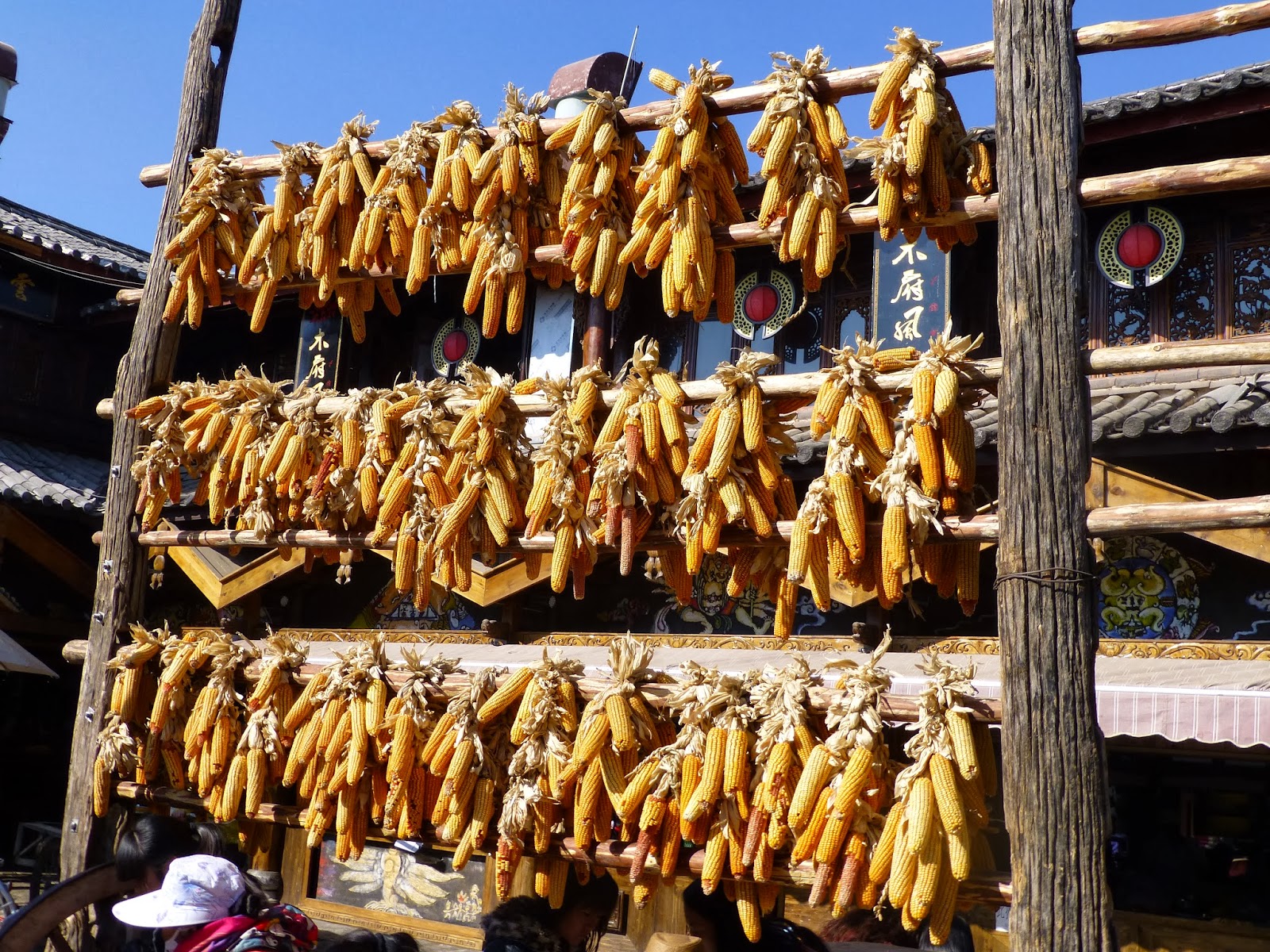 Some of the places here are a little hard to find as the entire town is like a labyrinth of old shops, identical cobblestone streets and bridges left right centre. Having said that, it is the joy of walking around, and the sense of achievement when you finally found where you intended to go (Mu residence was our biggest challenge then, made it anyway ahahaha). The locals may not be much of a help (if you can't speak Mandarin) and the maps are your only saving grace. It is an adventure, I tell you. 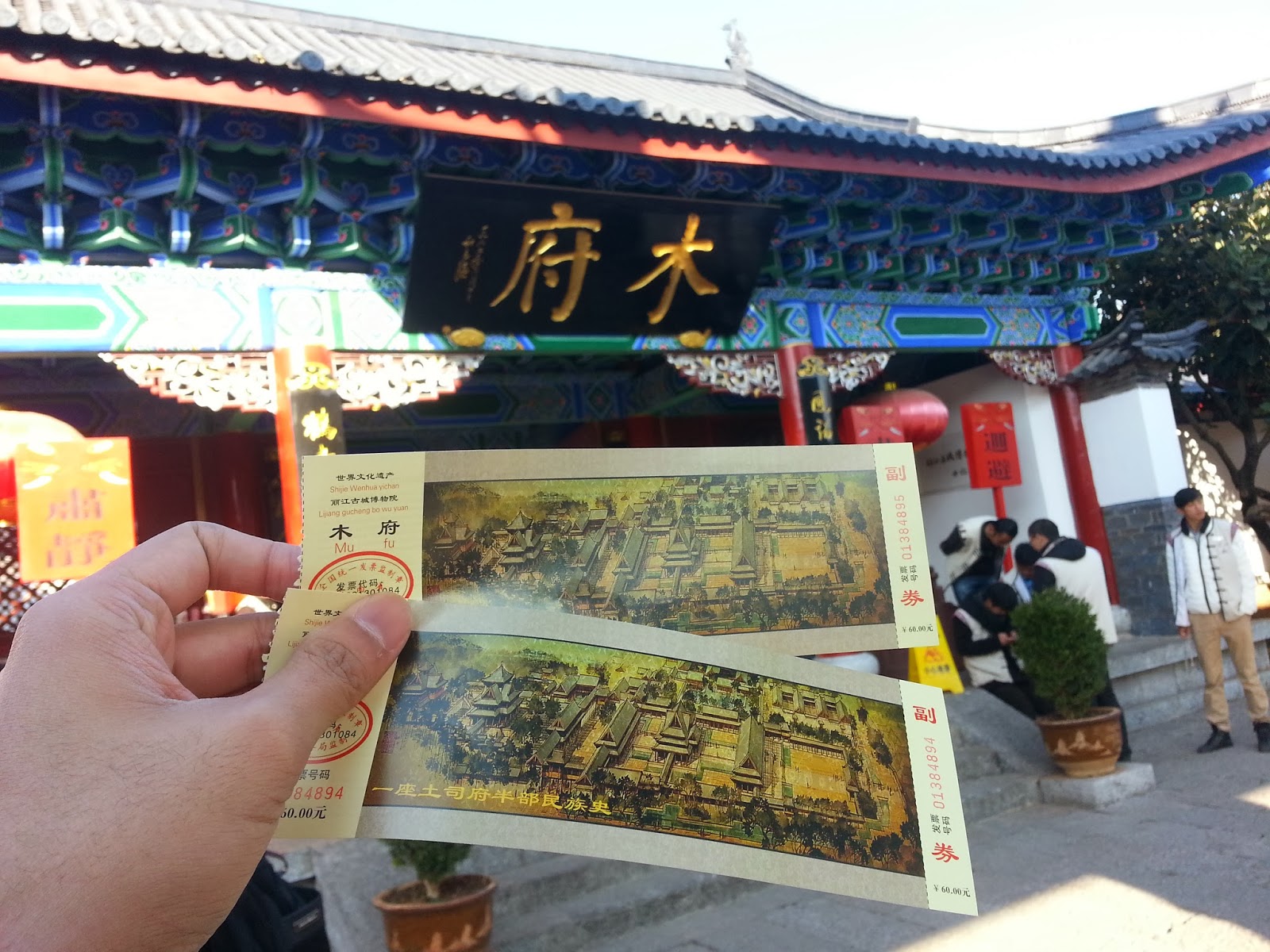 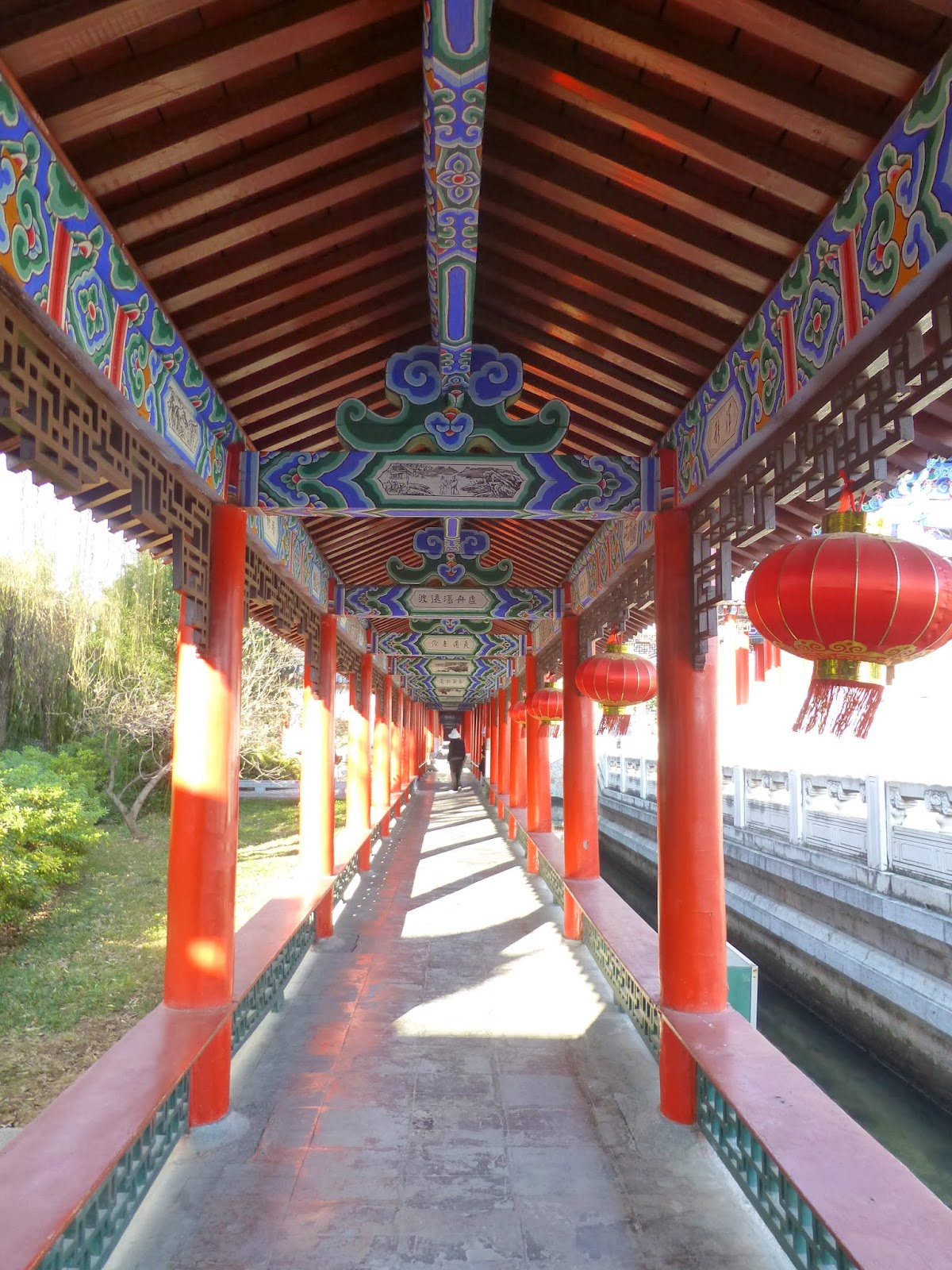 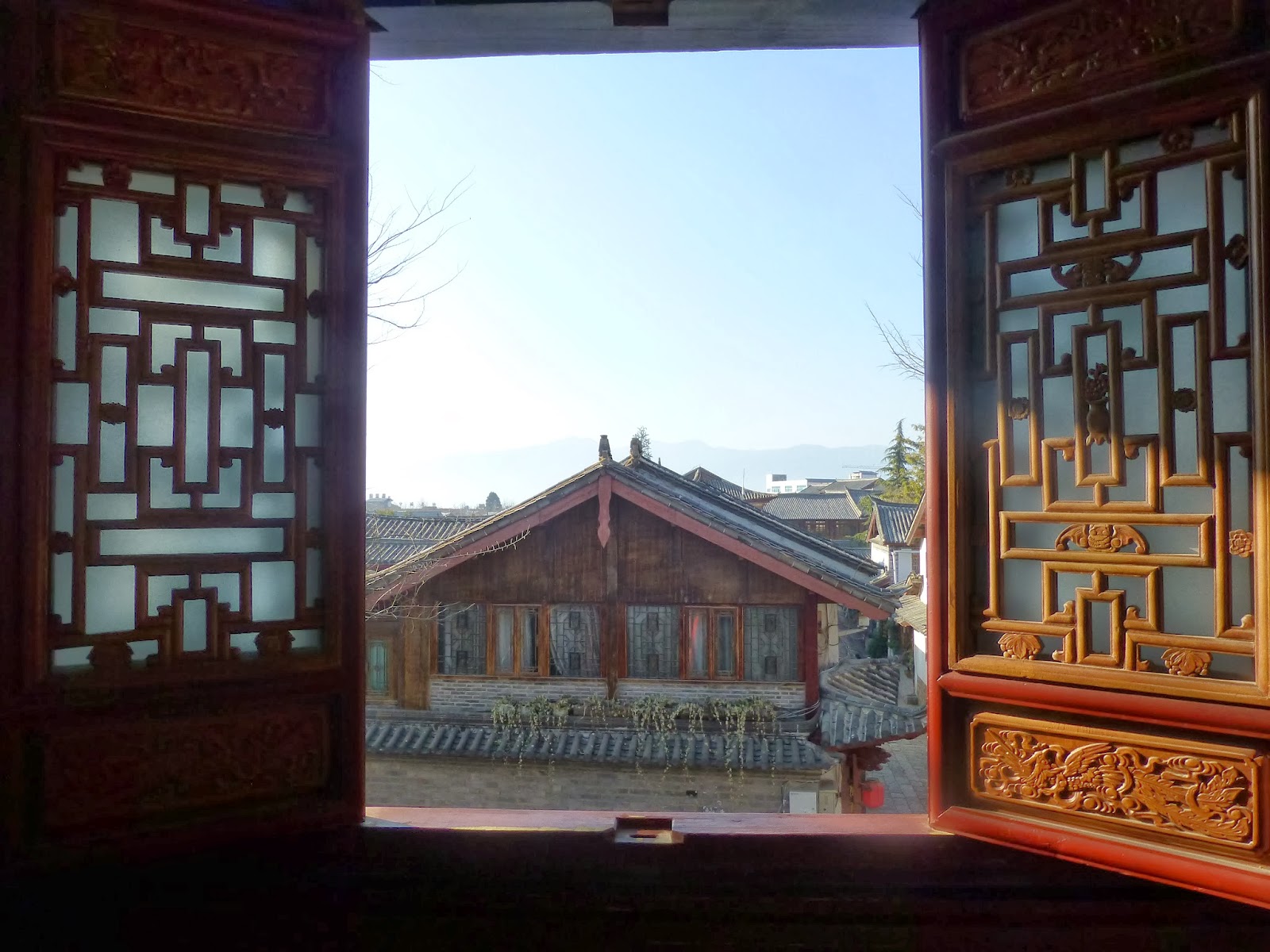 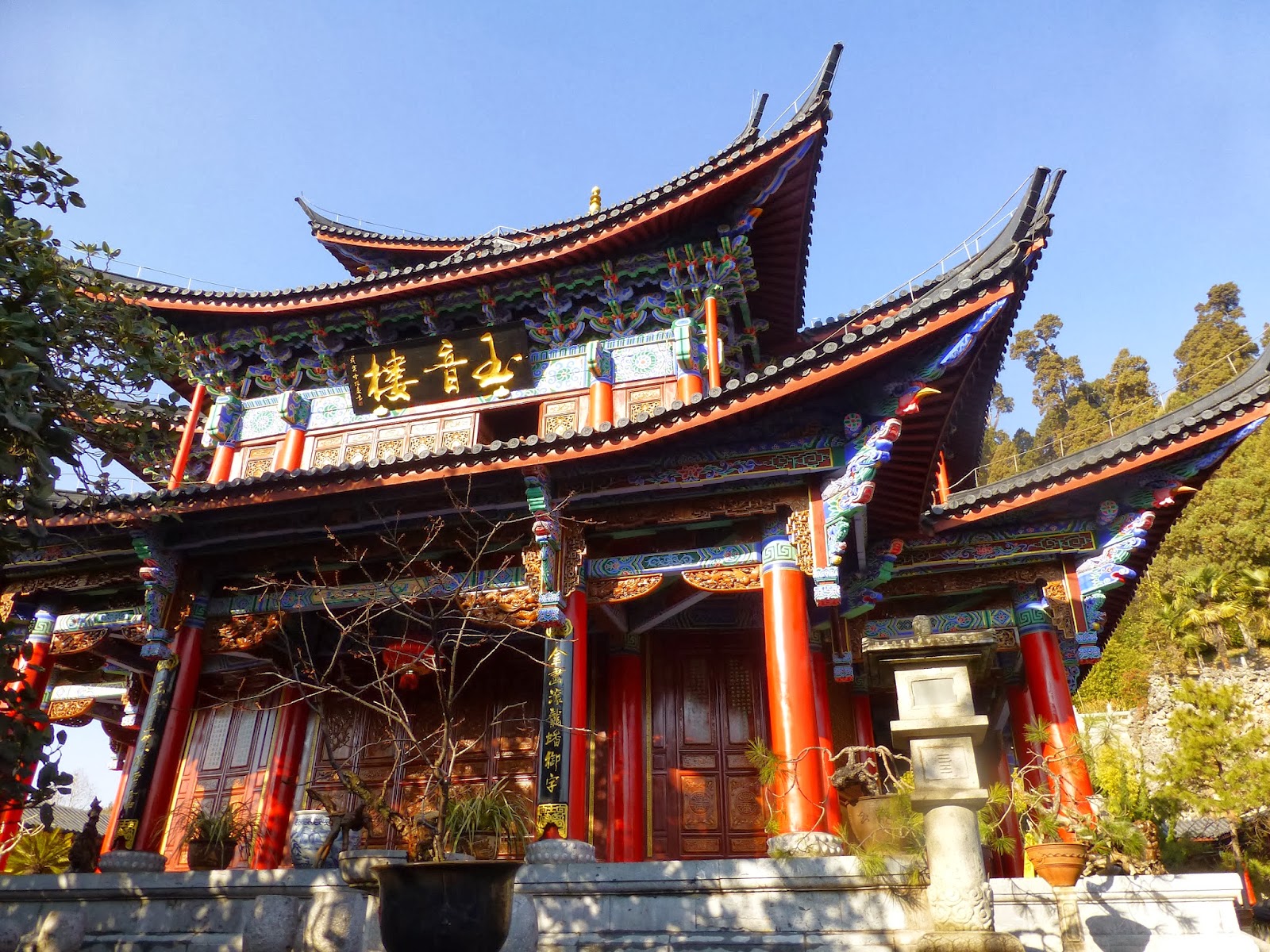 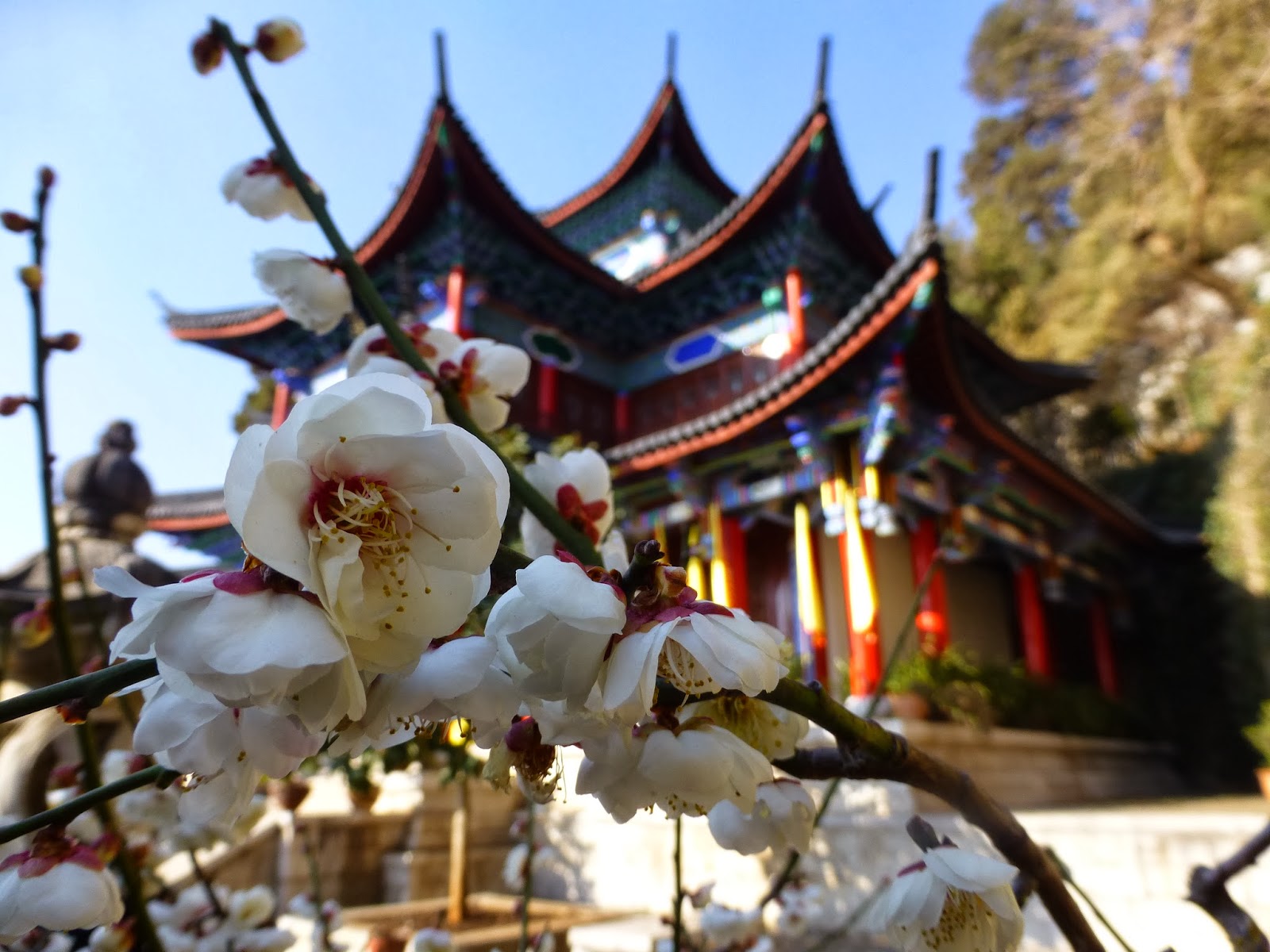 At night, this town may be transformed into some happening clubbing/drinking place, local style, beer joints can be found as well here. Seriously, this Old Town was really beyond my expectation. And oh, some of my favourite shots when I was there below :) 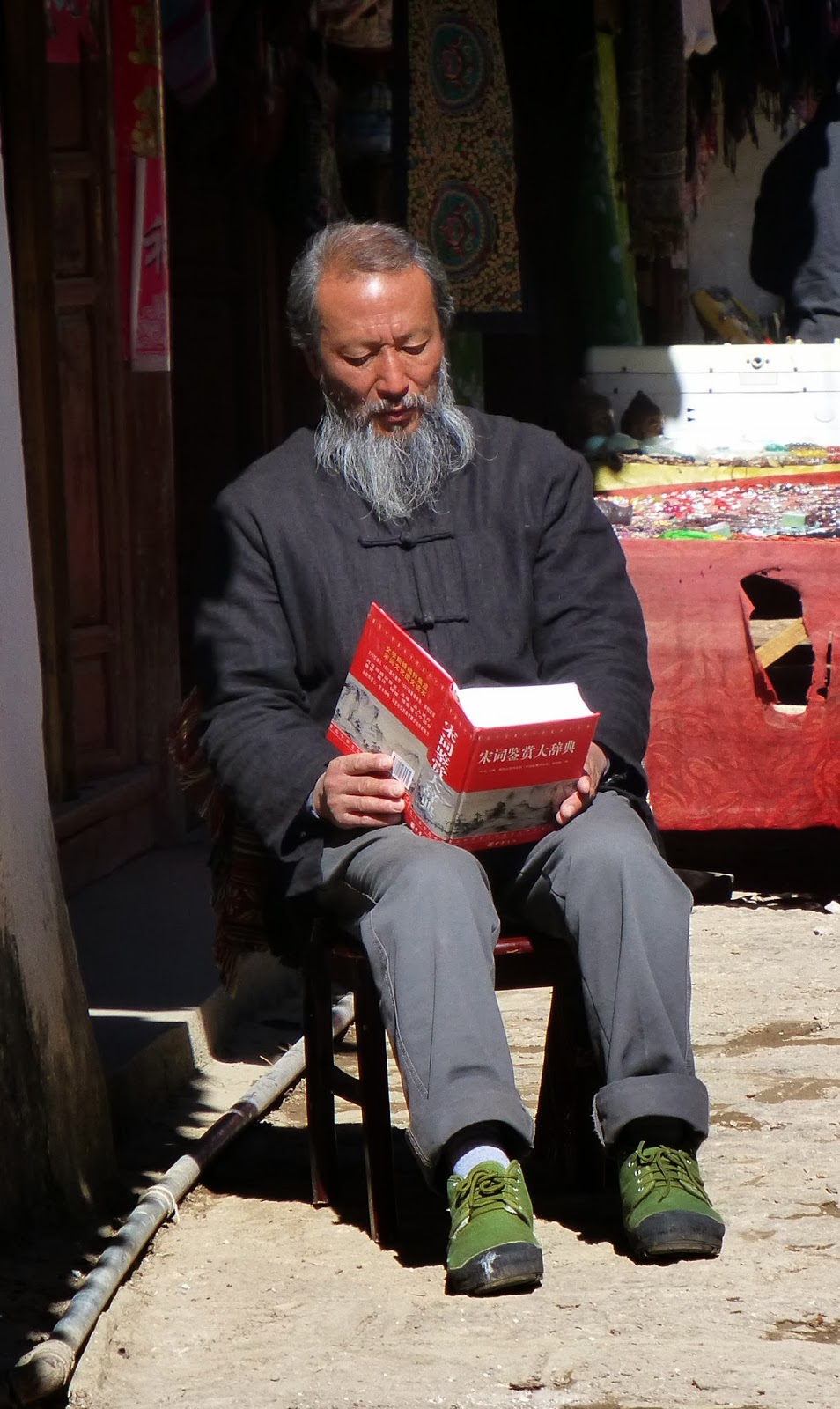 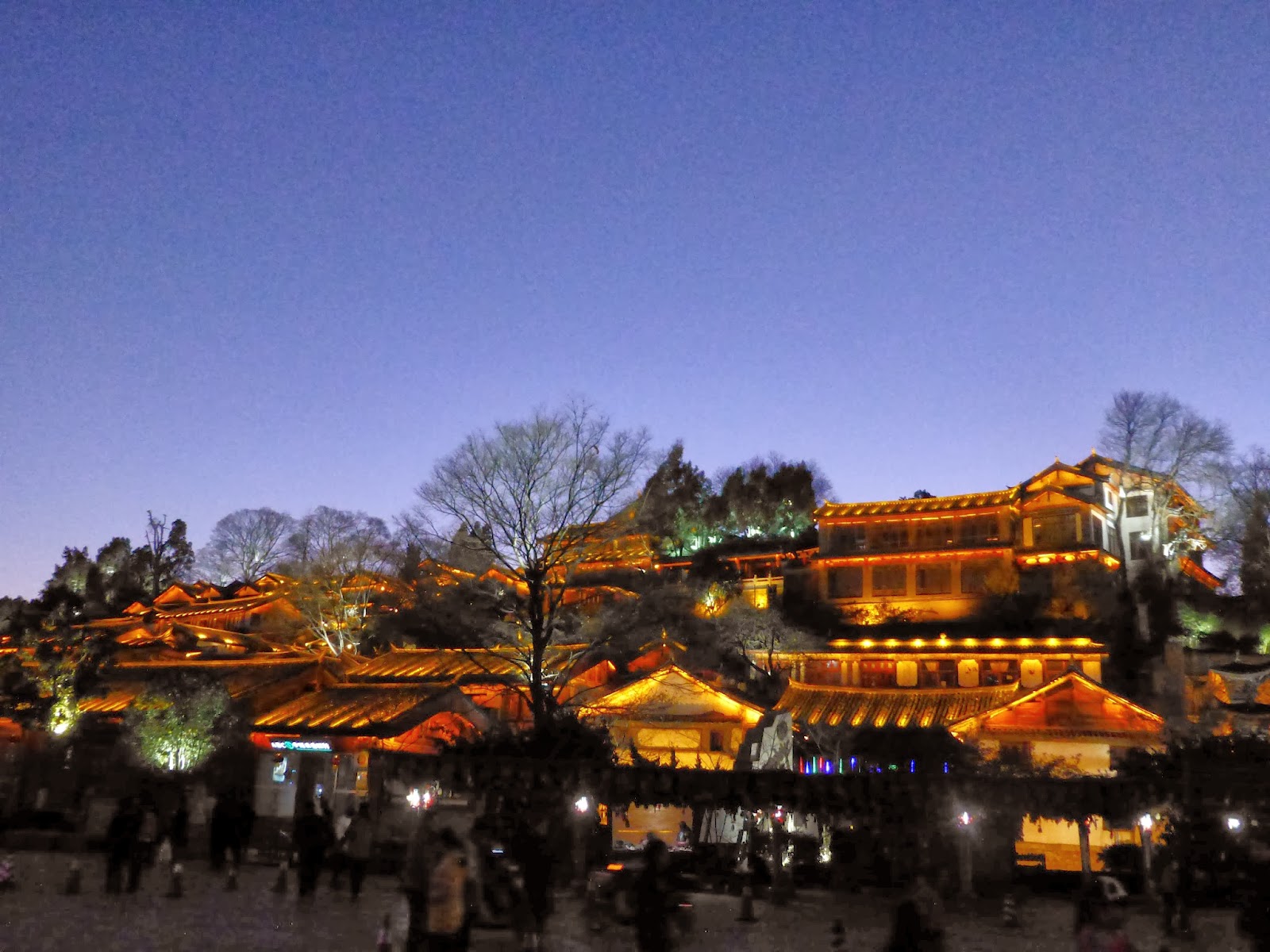 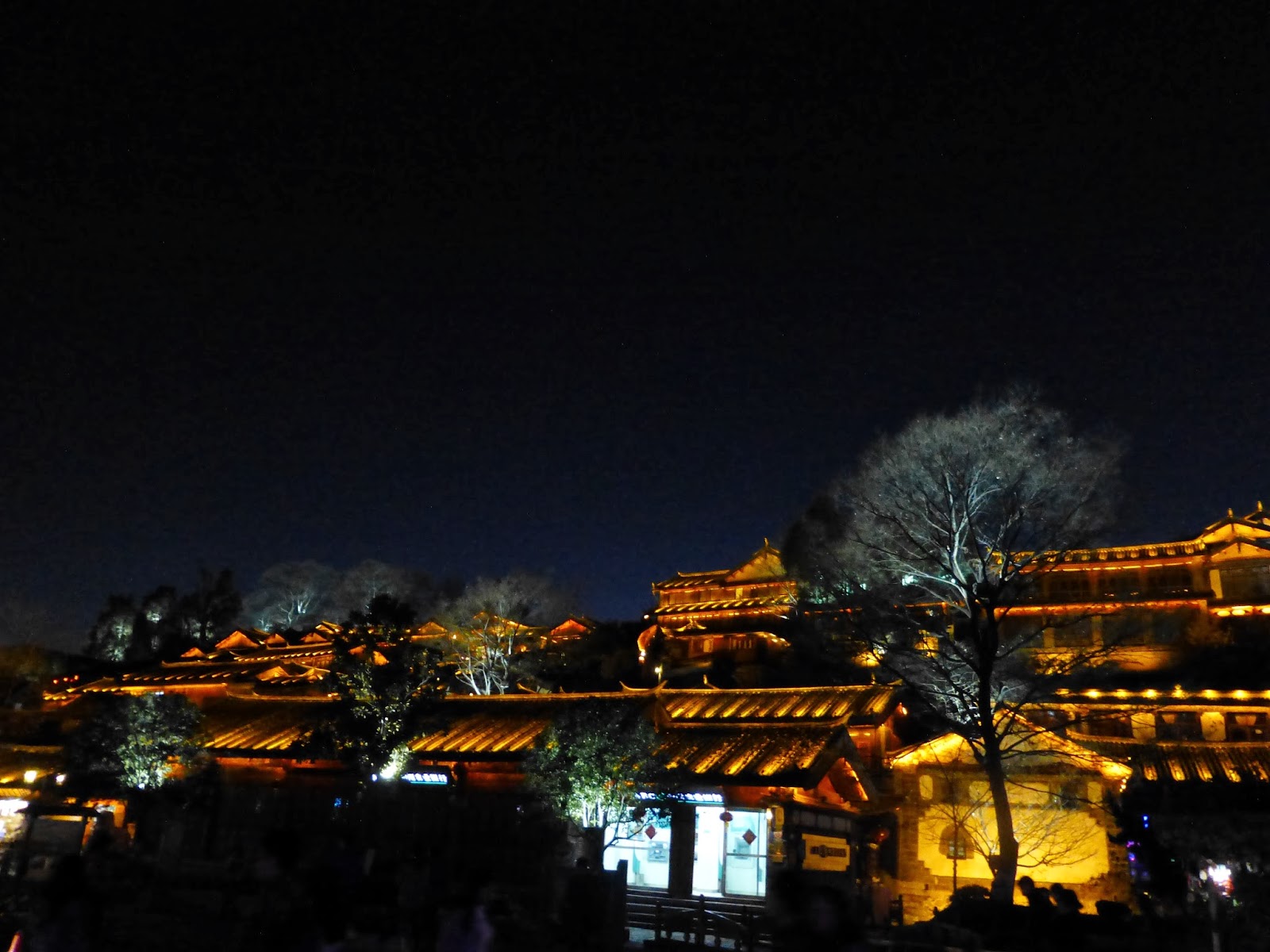 That is Lijiang in a day, and a small piece of what Yunnan has to offer. Next trip over here, I would tackle Dali, Shangri La and hopefully Kunming (was supposed to visit the Stone Forest but due to unexpected traffic stand still on our last day in China, we did not manage to). Future adventure to look forward to.
Posted by Unknown at 1:36 AM