19th of August 2011. The four of us, Larry, Bernard, Ann and myself decided that today was shopping day! Yes, that means we skipped some catechesis sessions again, and since Ann's mom wanted to go meet the Pope, she decided to follow us instead. 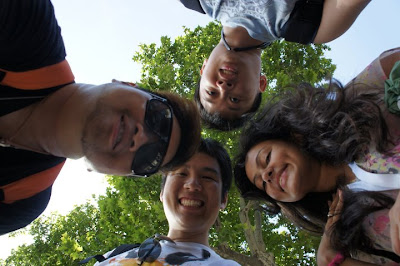 Our first stop was actually a shopping complex, La Gavia which has most of the recognizable brand names that we could think of over there, such as Starbucks, Ikea and Primark. 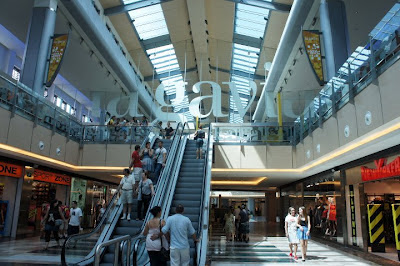 We had a decent lunch, played around Ikea and shopped at Primark. Not a bad way to spend a Friday morning in Madrid. 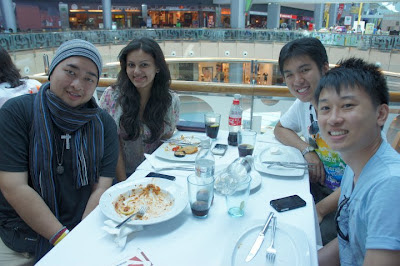 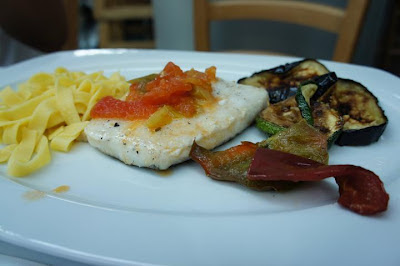 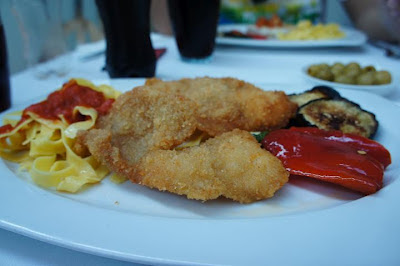 Later then, we headed back to Pacifico where we had to part with Ann, who had to go back at the evening. We bid her farewell, and fingers crossed, we shall cross path again.

Anyhow, our next destination was again in Madrid town, where we opted for a community hall to watch the live screening of the "Way of the Cross" session, where statues from traditional Spanish Holy Week celebrations were used to illustrate each station of the cross along Paseo de Recoleto.

The Stations were actually dedicated to youth around the world facing various challenges. Youths from the Holy Land, Iraq, Spain, Albania, Rwanda and Burundi, Sudan, Haiti and Japan carried the WYD cross from station to station along with unemployed youth, youth who have overcome drug addiction and those who service people with HIV/AIDS. 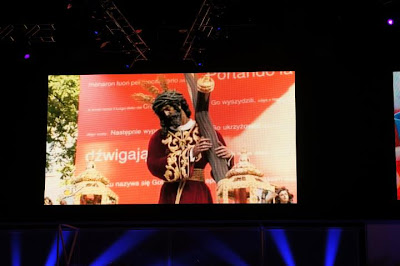 I left slightly early though, cause I wanted to do some minor shopping. Had tapas again for dinner, enjoyed the tapas meal I had so far, despite not being that fine dining. We all met up back at Pacifico for the night, and talked amongst each other till the lights went out (literally).


Nature called, and called badly so I rushed in to the nearest cafe I could find and asked if I can use their Aseos (toilet). After relieving myself, I felt bad if I just use their toilet, so I ordered some pastry. That was when the sangria machine caught my attention. I was thinking, a glass of sangria won't hurt, after all the look like harmless fruit juice. As I ordered for my sangria, the waiter raised his eyebrow and asked for confirmation, "This early?". Don't judge :) 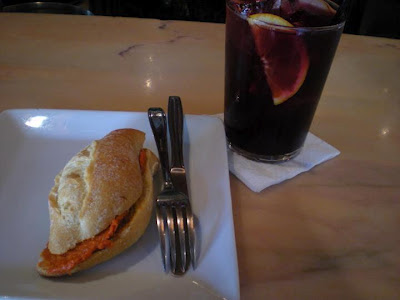 Anyway, the sangria wasn't heavily alcoholic as I would like, but it was just the beginning of the day, so I was fine with it. Later then, the three of us met up again and headed to Atocha to purchase our train tickets to Barcelona for the following day. Bad planning on our end, we ended up spending for a First Class ticket which violated our tight budget.

The three of us then made our way to Sol, where we met up with the Miri church contingent. The activity for the night was eucharistic adoration and adoration of the Most Blessed Sacrament at the Cuantro Vientos aerodome. Pacifico would be strictly out of bound evening onwards, so my choice was either to roam around Madrid, or join the crowd at Cuatro Vientos.

As I still have not catch a Flamenco show in Madrid, I made an agreement that I would go to Gran Via for the show and catch up with them in Cuatro Vientos. Our communications would be by call or text. And so, leaving the boys then, I made my way to Munoz Seca, for the Spana Baila flamenco show. The theater itself is not that huge, and I managed to get a seat pretty close to the stage. I was blown away by the performances. From the tapping male Spaniards, to the skirt waving ladies, the abanico and castanets are all what makes a flamenco show so dynamic. I was so impressed, that I was influenced to get a pair of castanets myself. They're still somewhere in my shelf display by the way, no chance to hone my skills yet. 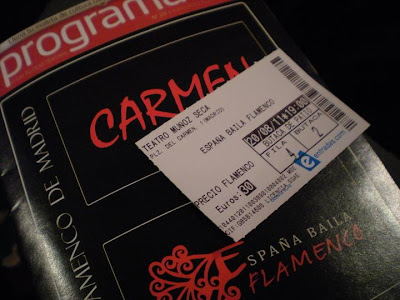 Also that evening, I managed to make my way to Ibiza, well, obviously it was not the Ibiza everyone expected but I was just curious. I also managed to visit la Templo Debod, an Egyptian temple rebuild in Spain back in 1968.

I received a text from Bernard indicating their location in Cuatro Vientos. So I made my way via Metro all the way to Aviación Española, since the Cuatro Vientos station was closed due to security reason. Finding the way to Cuatro Vientos was relatively easy, all I had to do was to follow the bunch of pilgrims.

Upon reaching Cuatro Vientos, I was supposed to find the designated area from my tag. However, the security guards diverted all of us to one entrance, and apparently the Malaysian contingent was scattered somewhere else. It was raining, Pacifico was closed, I ran out of credit (thus, no means of connection with Larry or Bernard), and slightly frustrated that I couldn't find them.


Thinking quick on my feet, I decided to make my way to Barajas airport, where at least I can sleep and spend a night there slightly safer than any other places I could think of at that hour. So that's what I did, I made my way to Barajas and slept through (not that comfortably) with other tourists/pilgrims (surprisingly since I thought that all of them would be at Cuatro Vientos).


Well, I woke up quite early, around 6am and waited for the Metro to start operating. I went looking for breakfast around town and made it back to Pacifico right before 12pm. Among the things I had missed was the morning mass, but it wasn't that bad of an adventure for me the night before, backpacker experience :)

Larry managed to returned less than an hour after me, and we packed our stuffs, bid adios and made our way to our next destination. BARCELONA!

WYD was a pack of adventures, I basically adore the passion of the pilgrims, and how such event could unite all the devotees at one place, and brought Madrid to live. I am excited to see how this would turn out at their next location at Rio, 2013. I recommend that anyone could participate along, even if they're not Catholic. If I could do it, so can anyone. 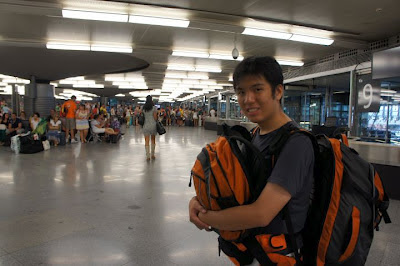