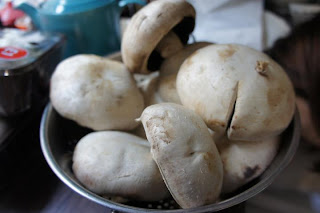 The morning was a little laid back for me as Larry had to go for Sunday mass. Anyhow, that gave me ample time to watch British TV, if I was not mistaken it was some soap opera. Negligible to say the least. When Larry came back, we made our way to our next stop, the Wembley Stadium. Conveniently, the tube station we stopped at was Wembley Park, see, taking public transport is easy in London I tell you! There wasn't any games on while we were there, and the stadium was quite serene I would say. 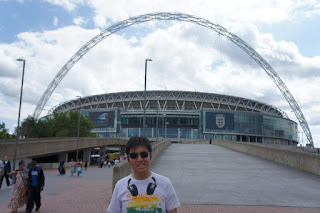 Our next target was the infamous road where the Beatles walked on, the Abbey Road. Since it was only just me and Larry, it was a challenge to recreate the scene, so we ditched the plan and we just conveniently camwhored our way through. 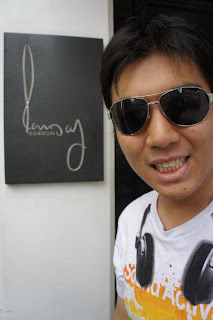 It was pretty much our last day to fully tour London. My initial plan was to travel all the way to Old Trafford, and the Stonehenge but we've calculated our time and Larry opted for Wimbledon Stadium and Windsor Castle instead.

Which was fine, because taking transit time into consideration, we would've only manage to see one place at the day itself. Now Wimbledon stadium, as opposed to the Wembley is more lively in the sense that there is actually a market next to the stadium, thus the crowd would be there, regardless if they are there for the game or otherwise. 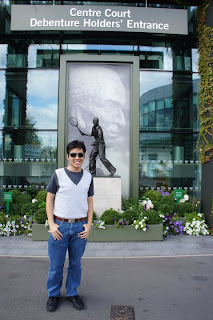 Windsor Castle was a journey! From London to Paddington, changing train at Slough and finally Windsor and Eton Station. Don't worry if the places sounds utmost foreign to you (despite the fact that they are foreign to me), follow the tube/train, they will lead you there eventually. 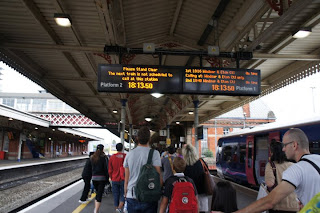 Windsor Castle is another Britain's iconic landmark, so that'll substitute for missing the Stonehenge :|
Regardless, the castle is absolutely stunning, pity we were there quite late to enter the castle for visiting. 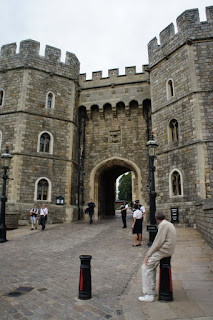 After the day is done, and we were exhausted to the limit, it was still no time to fully rest for the night, as we prepared ourselves for our next destination, SPAIN.

If navigating in London is easy, as everyone speaks English, I wonder what challenge lies ahead for us when we arrive Madrid.We called it a night right before midnight, as we had to catch an early flight, 0825 (gasp!)