We were not too sure whether to be entirely excited, or nervous as it was the Jump Day. That was the highlight of that day. Paid over $180 just to jump? We were bonkers. It was the 13th of April (and coincidentally, a Friday but we never realized it) and the activities today were around Queenstown.

We booked a 9.30am slot, in which we were there pretty early, and of course, our first activity of the day was camwhoring. The usual. Kawarau Bridge is the activity hub for AJ Hackett Bungy Jump, they have other locations and activities as well such as trampoline jump and all the way to Auckland. Kawarau is only 20 minutes away from our hotel, so not much of a hassle going there.

As we were getting nervous silly, we met a Malaysian/NZ expat who was on family with her family, and we had a few conversations about Queenstown and the South Island. And of course, time click time passed and it was soon 9.15am, where we had to assemble at the registration in order to weigh ourselves and get the jumping number. Fatin jumped before me, not too bad. And then two other people in between and it was soon my turn. Controlling and being macho, I shown no fear in my face (applause) but I was scared shit back then. LOL. Didn't show that much on the video, yes, video, but I was scared.

The anticipation of the jump is what freaks me out actually, but after leaping from the platform, it was the surreal feeling of liberation, and the 2 seconds or so free falling felt like 2 still minutes. That was until I almost reached the water, and I freaked out again (I don't like the feeling of drowning, haha). The bungy cord jerked me back up before crashing down, and I was soon taken into a life saver boat to land (you expecting them to pull me back up? :P)

After done traumatizing ourselves, we made our way to Gibbston Valley, which is not too far from the Bridge. We paid $15 each for a wine tour, and free wine tasting. Not too shabby. I've always wanted to see a winery and I did. The whiff of wine as we walked through the orchard is what I'll probably miss here the most. Chrissy was our tour guide that day, and she did a fine job on taking us on the tour, explaining the process of making the wine and wine tasting. A way to celebrate after jumping, I'd say. 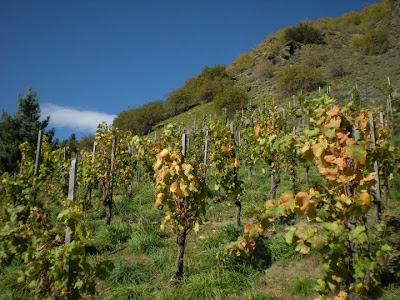 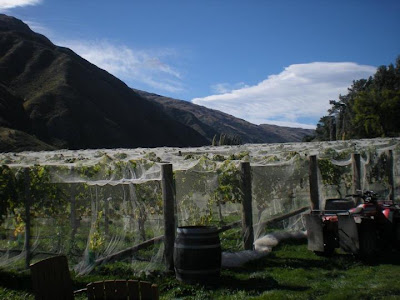 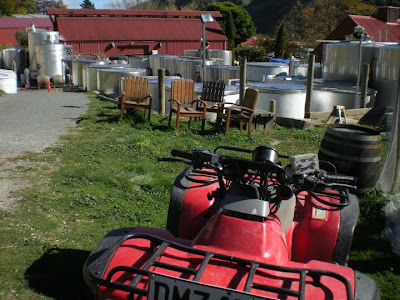 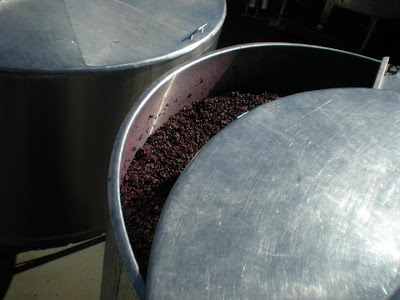 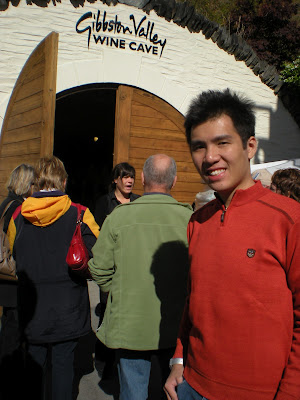 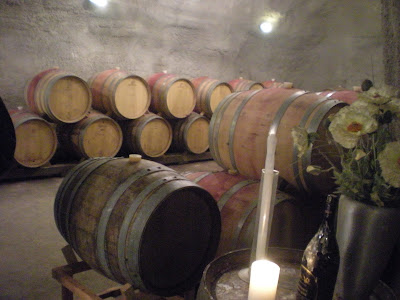 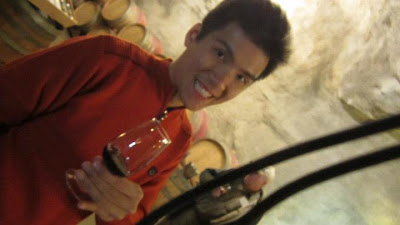 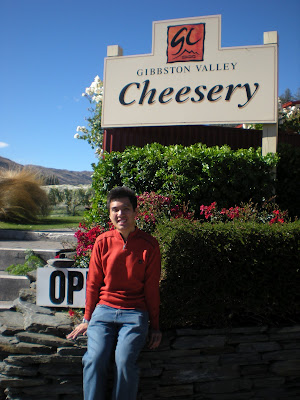 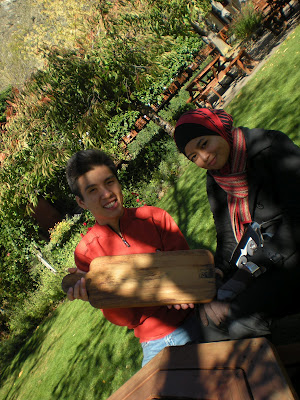 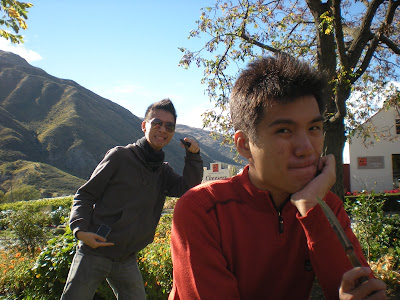 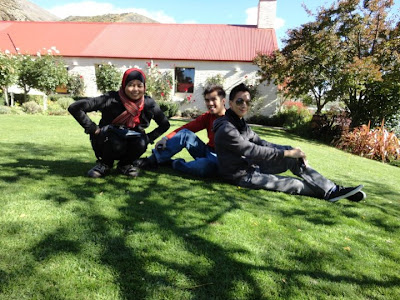 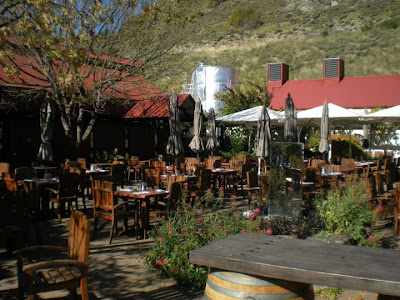 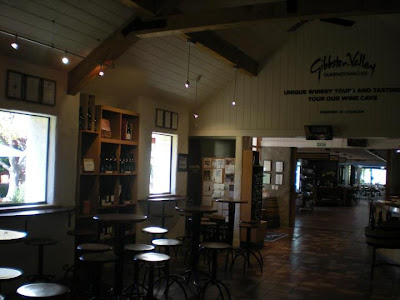 We went back to Copthorne to freshen up a little and then we hanged around Queenstown, walked on the streets to see what shops are there in daytime. We managed to try the Hell Pizza, as per recommended by Kenny Sia. Pretty wacky concept, based on everything's wrong - from the seven sins named pizza, to the coffin shaped pizza box to its hotline number, 0800-666-111. Everything was so wrong, but the pizza. The pizza is conventional, but much better than most of the pizzas I've ever tasted. Good recommendation by the way, for good food, you can bugger off to Hell. 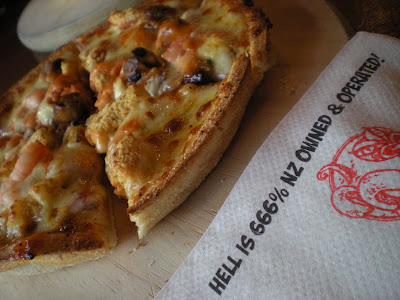 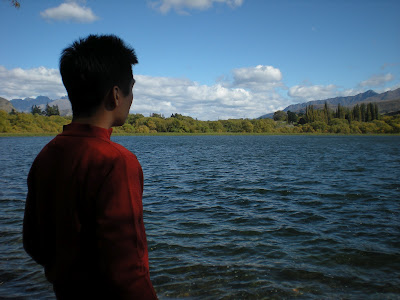 And of course, we had to try the famous Patagonia ice creams over there. And eating ice cream on a 10 degrees weather? Insane people, we are.

We then made our way up to the Skyline Gondola, to the peak of Queenstown, which sort of reminded me of Genting a little. Whilst we're up there, we played the luge, hanged around and watched the Haka show. The Haka is a traditional war cry of the Maori warriors. A cultural insight for a change after the crazy activities we had the whole day.

We made it down pretty late, around 8 something or so. But that did not hindered us to do some shopping before heading back to the hotel. Brotips, when you're in NZ, do visit Cookie Time. They have the best soft cookies ever! 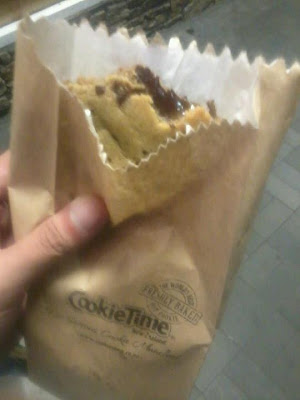 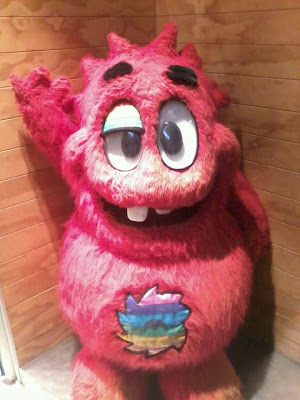 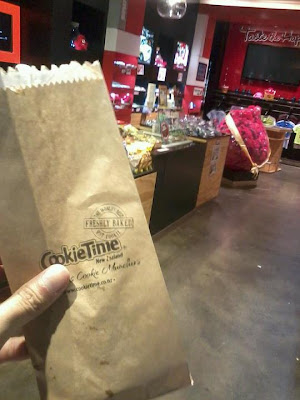 Basically, our daily routine is waking up early, enjoy the day and sleep early. And oh, we were only able to use 20 minutes of free internet time here. Pffft. But it was ok, Queenstown itself is a big distraction for us :).
The next day, would be packing up and leaving Queenstown (T_T) as we head to our next pit stop, Wanaka and Ashburton. Stay tuned for that :)
Posted by Unknown at 10:51 AM