It was a total worth travelling to KL Live on a busy Thursday night for the one and only Zee Avi’s showcase. Our local Sarawakian petite talent is back to Malaysia to promote her latest album, Ghostbird. KL Live was packed even before the supposed start time of the event; it was a long line heading into the venue itself. Credits to Richard, we managed to bypass the line and went straight in, #likeaboss. The backdrop of the stage is dainty, charming and simply romantic. I was then looking forward to wander with the flow of the music throughout the night. 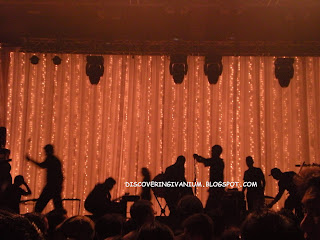 Though waited over an hour, we were finally greeted by the opening act; local band’s One Buck Short’s Narmi entertained us through the night with easy listening tunes. My personal favorite tune is Cair, along with his other tracks Tweet in Defiance, Trying to Sleep and Whirl, please remind me to find their EP soon! Narmi was the perfect opening act for Zee Avi, being their music genre is vastly similar. Like many others in the crowd, I too am a new convert for Narmi’s music. LOL 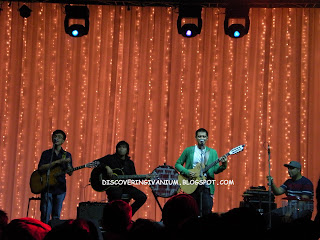 Zee Avi’s band then made an appearance, one at the cello, sape (a traditional Sarawakian musical instrument) and the drum. The lady then made a graceful entrance, clad in a cute blue-ish dress with a flower on her hair, and greeted the cheering crowd. Her 1st song was Moonstone Miles, followed by 31 Days and Swell Window all from Ghostbird. 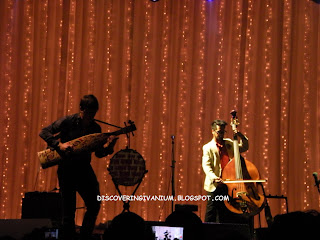 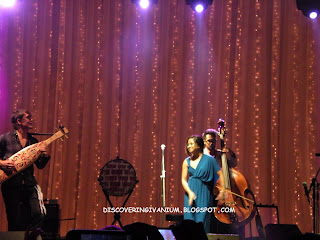 Zee Avi really knew how to work the crowd. A multi talented girl she is, she moved around the stage, grooving with her dance, and played the guitar and ukulele. On top of that, she also played the kazoo, since she couldn't afford a trumpet player :) 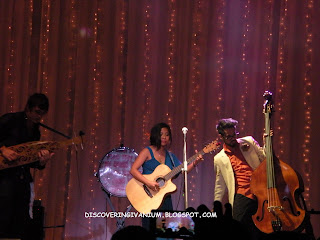 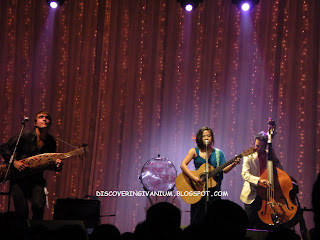 The song that was a total tribute to her Sarawakian roots was Siboh Kitak Nangis (Don’t you cry). I have been in Sarawak for four years, and this song is nostalgic and reminded me of my uni days, kamek sik nangis, rasa jiwang + emo jak masa ya. 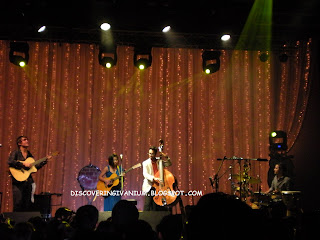 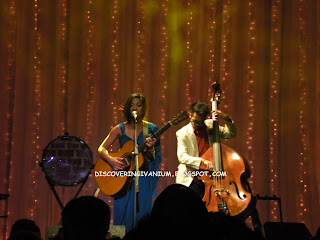 One of her song, Concrete Wall, displayed empowerment as she hits the drum within the song. A pretty relaxing meditation, according to Zee. The Book of Morris Johnson was definitely a party starter, the groove of the music brought everyone to their feet (literally and figuratively) and move along to the music. There was a little teaser of Pumped Up Kicks incorporated somewhere in her song, pretty chic! Stay in the Cloud sent me hopelessly lost in the music, I don’t know why but Zee’s voice is really captivating. 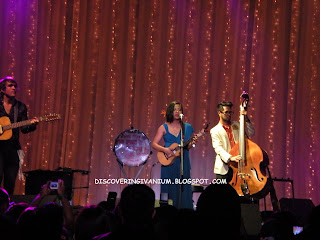 Her show is not without some blast from the past, notably Bitter Heart & her crowd’s favorite, Kantoi. 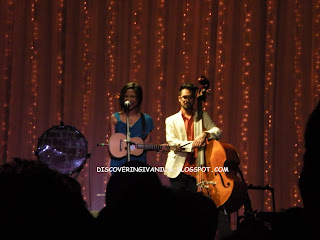 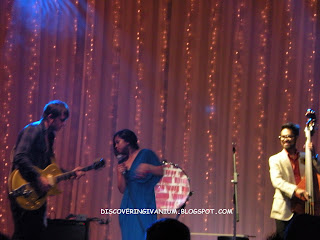 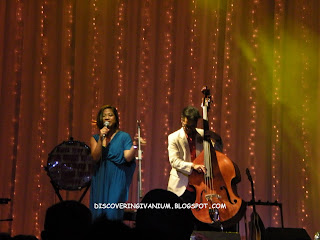 Kantoi was supposedly her last performance, but of course, like any true performer should be, she came back after a roaring cheer of encore from the crowd. She then belted out another classic favorite, Honey Bee, a Chinese rendition called 妈妈的眼睛(mother’s eye) dedicated to her mother and to perfectly close the show, her last song was Roll Your Head in the Sun. The last song was another reminiscence of my Sarawakian days, the Rainforest feel was all coming back to me. 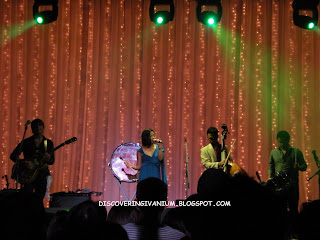 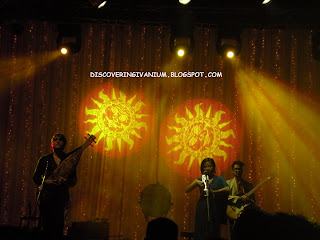 Zee Avi is another remarkable Malaysian who does herself and the country proud. She said, people around as been questioning her, “How Malaysian is Zee Avi in the international musical industry?” For her, which I agree wholeheartedly, being Malaysian doesn’t mean performing with traditional costumes or performing only with traditional instruments like Gamelan. As long as our hearts is warm, accepting and accommodating enough, people will see past through the external demeanor, and they’ll see the beauty of us being Malaysian, and being human. Truly inspiring! 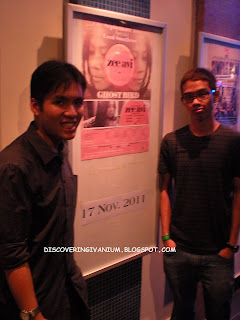 I have a new found respect for Zee Avi. A poised lady whose talent transcends the Malaysian music industry benchmarks, this girl deserves international recognition. Sign me up for her next tour in KL, I’ll be there :)

Thanks Richard again for the invites! Check out his coverage on the event. Click Here.

Email ThisBlogThis!Share to TwitterShare to FacebookShare to Pinterest
Labels: Eventmania