The trip was ages ago, back when I was still studying in UNIMAS, Sarawak. I was actually in my Miri holiday, when my friend Larry slotted a day trip to Brunei. 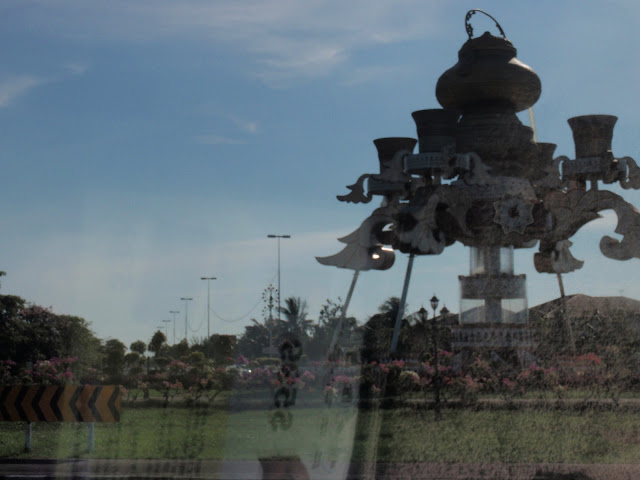 Brunei is significant to me, as it was the first foreign country I've visited, and also the only country I've traveled by car to. The immigration booths, located at Sungai Tujuh (Brunei) is only approximately 30 minutes or so from where we were traveling from (Miri). Immigration waiting hours varies, we actually went on a non-peak day, thus immigration clearance was easier. 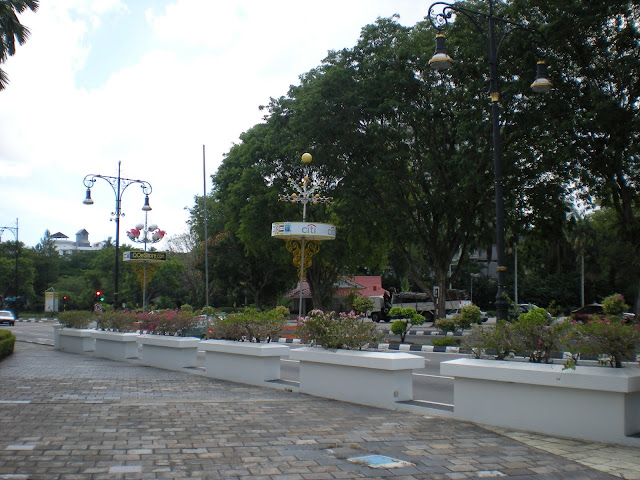 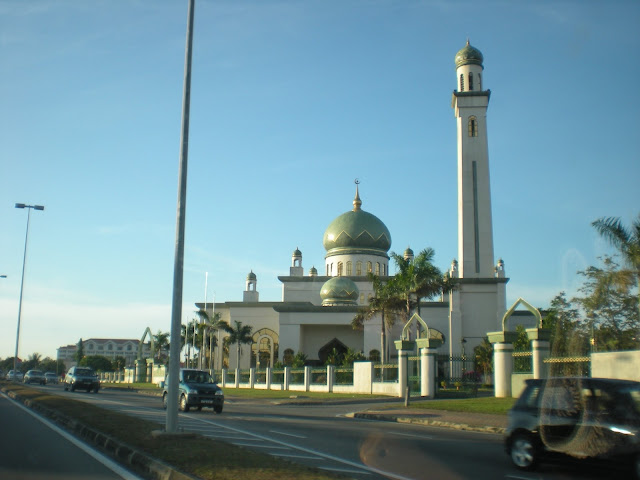 From Sungai Tujuh to Bandar Seri Begawan (BSB), the capital of Brunei is around 1 hour 30 minutes drive, depending on the phase you're driving of course. Very much like Singapore, I observed, in terms of the cleanliness of the street as well as the driver's etiquette. Culture shock to me, pedestrian crosser are given priority on the road, yes, the car waits until you cross the road. Never I would see that happen in Malaysia (unless there's the traffic light in place). 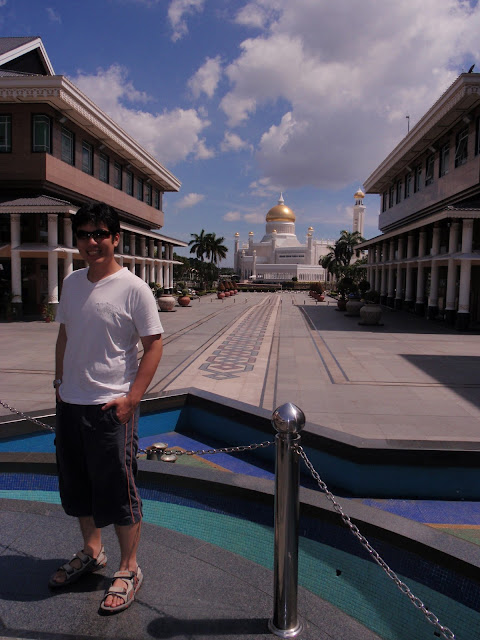 They do use Bahasa Melayu in Brunei, and their currency was 2:1 when I was there back in 2009. (2.5:1 now). Oil, is what propelled Brunei to be the 5th richest country in the world, and no surprise in that for our Malaysian car, we are not able to refuel the car from a certain distance away from Sungai Tujuh. Brunei is an Islamic country, if mosques and Islamic architectures intrigues you, this might be the place for you. But to me, a day trip was actually more than sufficient, just to cover a few tourist-y spots.

Sultan Omar Ali Saifuddin Mosque is a royal Islamic mosque located in a heart of BSB, the iconic golden dome (pure gold, mind you) and the mahligai barge replica can't be missed. A marble bridge leads to that boat like structure in the lagoon. 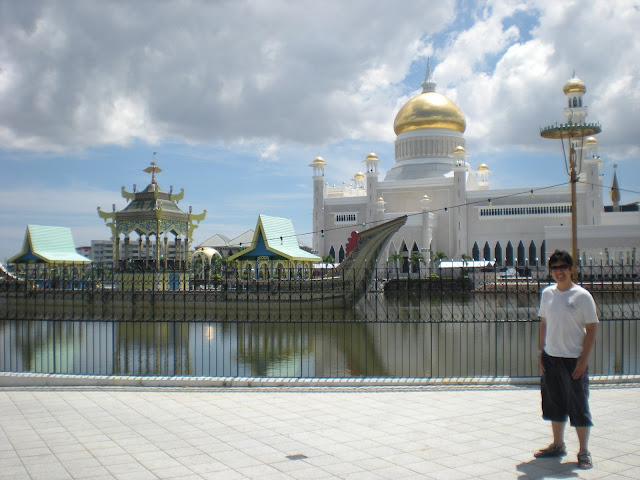 You might also would want to see Istana Nurul Iman, the official residence of Brunei's Sultan, Hassanal Bolkiah and the seat of the Brunei government. It is not assessible unless on annual Islamic Celebration like Hari Raya Aidilfitri. 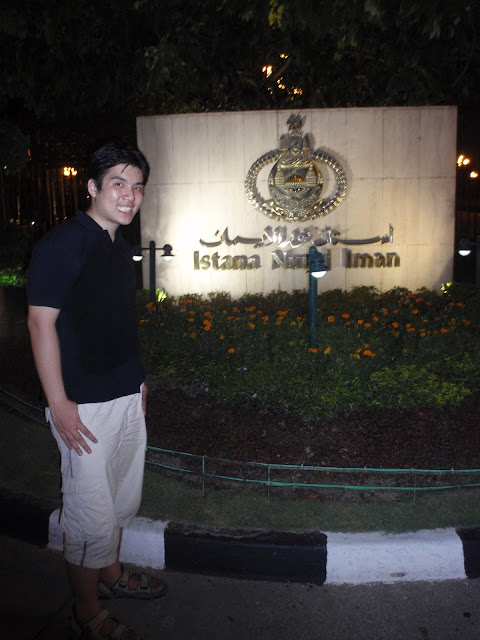 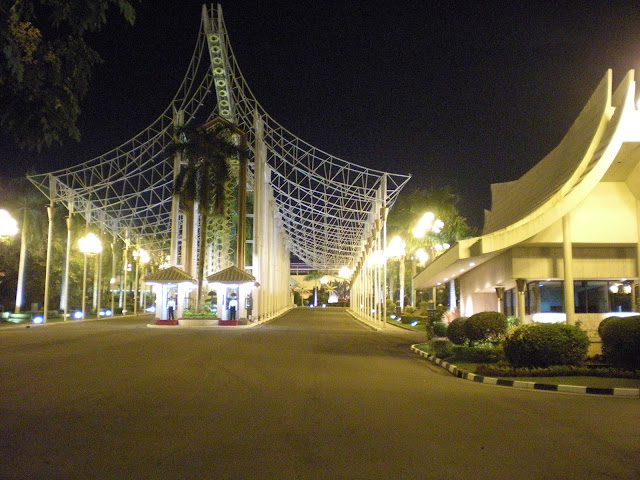 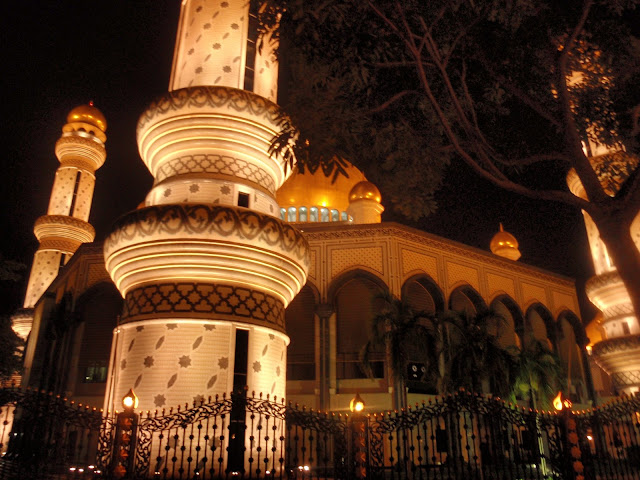 We also visited the Royal Regalia Museum, The museum was established in 1992 in commemoration of the Silver Jubilee of Brunei’s Sultan Hassanal Bolkiah’s accession to the throne. Shoes are not allowed in the museum, very much to Asian culture. And also, we met host Oli Pettigrew (of all places) over here. 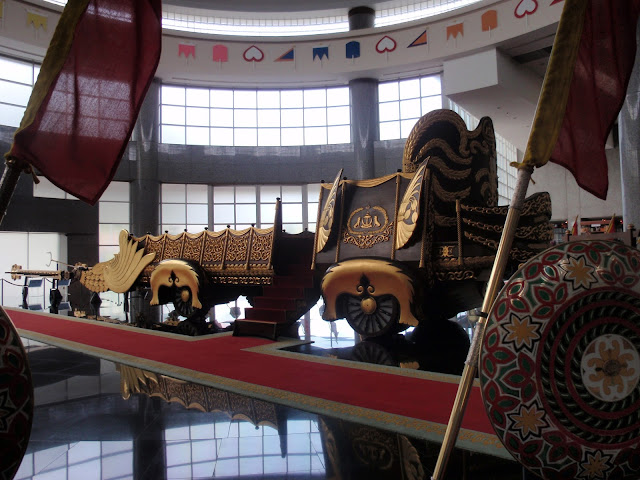 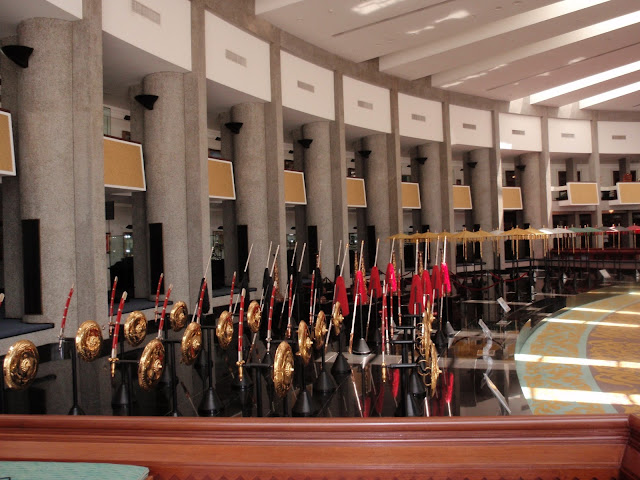 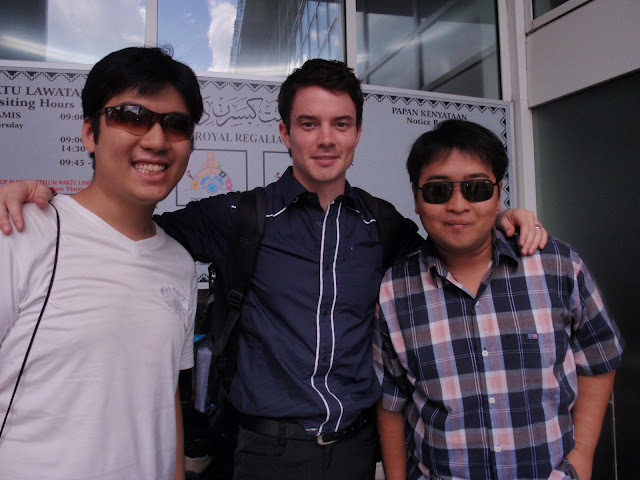 If you want a luxurious accommodation while you are here, do check out The Empire Hotel and Country Resorts, a good mirror to Brunei's majestic and cultural heritage. 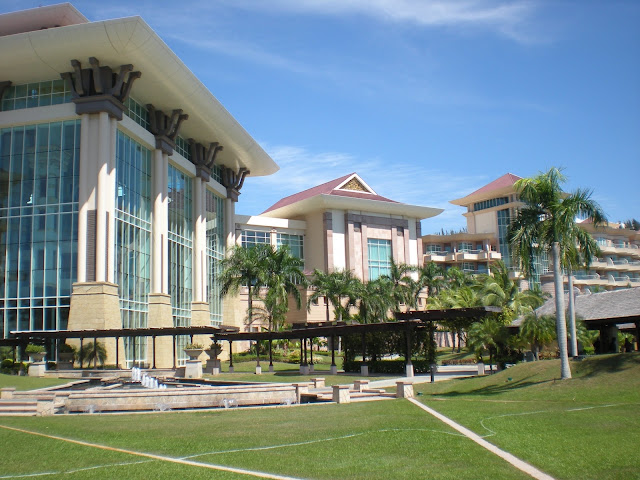 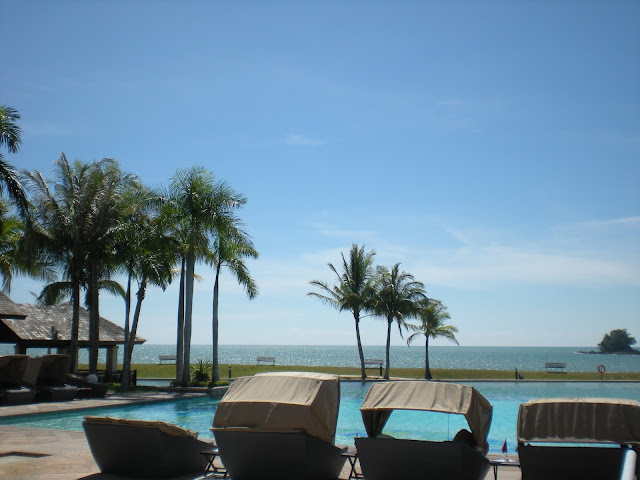 There's a theme park known as Jerudong Park, but it was letdown to me. The theme park was rather run down and there's not much of a crowd over there. 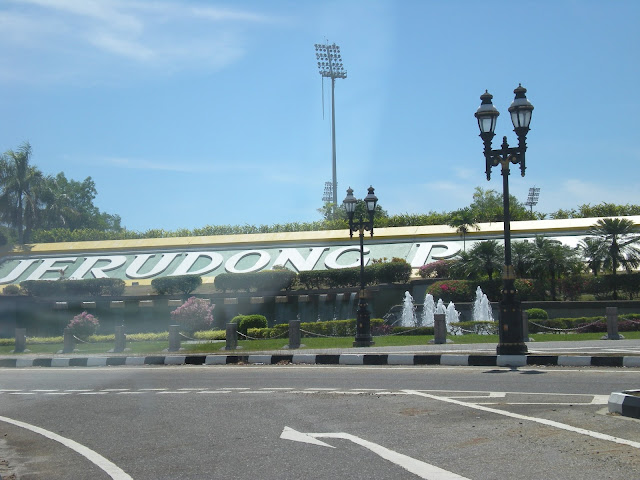 Eating in Brunei, pretty much their food is similar to what you may find in Sarawak, the highlight dish for me is definitely Nasi Katok, a compendium of rice, anchovies and chicken (almost similar to Nasi Lemak) and they're selling at $1 only when I was there. Dirt cheap meal, I had 2 servings for my dinner there. 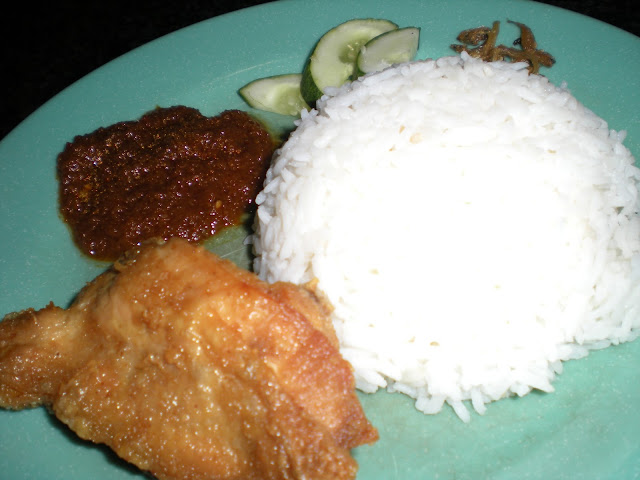 I guess there's nothing much to see in Brunei, a day trip there is more than sufficient if you are around that area anyway. I would think people is curious to see how South East Asia's richest country is really like, but don't be surprised of its rather humble surroundings, as Brunei moniker suggests, its the Abode of Peace.
Posted by Unknown at 11:26 AM