Manila, Philippines marked my 15th foreign country visit and leg 8/10 of the South East Asian countries visited. Manila would be an unusual location to travel among my peers (the current famous pick is Boracay) to the Philippines, but that was what I was looking forward to (plus, I am a little rebel). 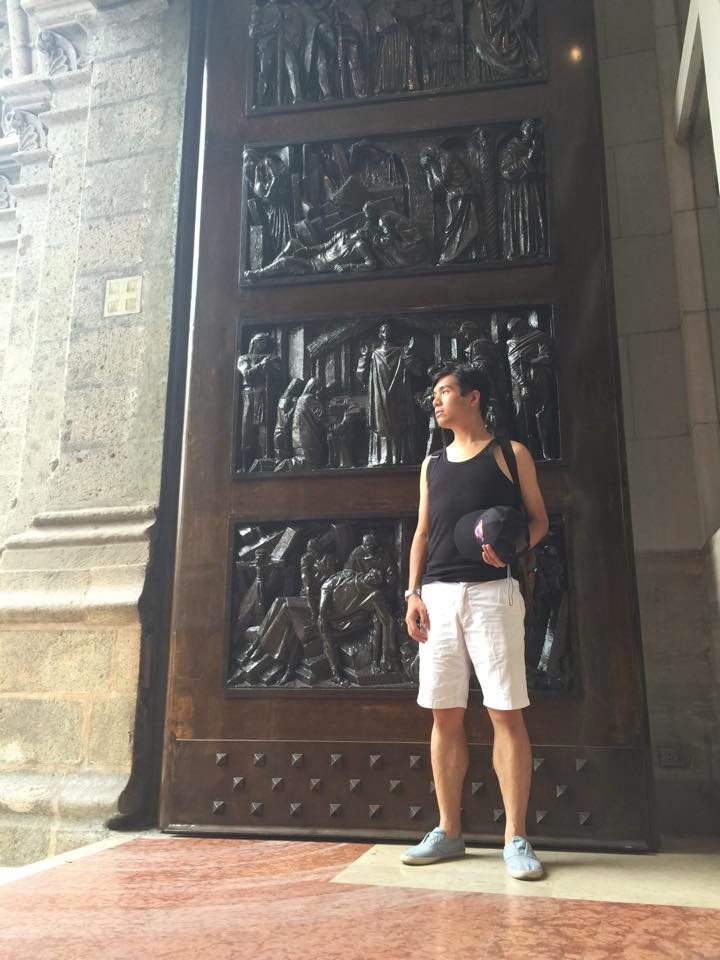 Arriving at 4 p.m. at Ninoy Aquino International Airport Terminal (NAIA) 4, I was supposed to be greeted by a local friend, but unfortunately due to the massive traffic congestion he was stuck at, we only managed to meet at around 6 p.m. Terminal 4 is everything you can imagine a budget terminal would look like - limited sitting places and concession stalls. The saving grace would be their Wi-Fi, pretty useful to kill time.

Bro Tips : Check where your flight lands at NAIA as there are 4 different terminals of no walking distance. Depending on how horrendous the traffic you're stuck at, getting from one terminal to another may take up to 30 minutes to an hour. AirAsia lands at Terminal 4.

From time constrain and flying fatigue, we settled to one of Manila's many malls and I had a hearty, local Filipino dinner. One of my check list when I get to a foreign country is to try their local dishes, and so far it did not disappoint!

I checked in at MNL Boutique Hostel located in the City of Makati, the financial district of the Philippines. I've read many positive reviews about this hostel and I frankly did not hesitate to book my three nights here and I can vouch that it did not disappoint!

It's probably the backpackers' thoughts alike, throughout my stay here the staffs here are very helpful and the guests are receptive and friendly, The room I had was a 4-people shared dorm (with well behaved stranger room mates, thankfully), with clean sheets and lockers. The bathroom and toilet are well maintained, so cleanliness is a plus note for this backpacker's den. Standard kitchen/pantry are available, and a water cooler helps us stay hydrated. The lounge (so to say) has ample place to relax, surf the Wi-Fi, socializing or couch potato-fying yourself to the TV. All for  MYR 124.65 (USD 35.07) for 3 nights, which I think is a steal! 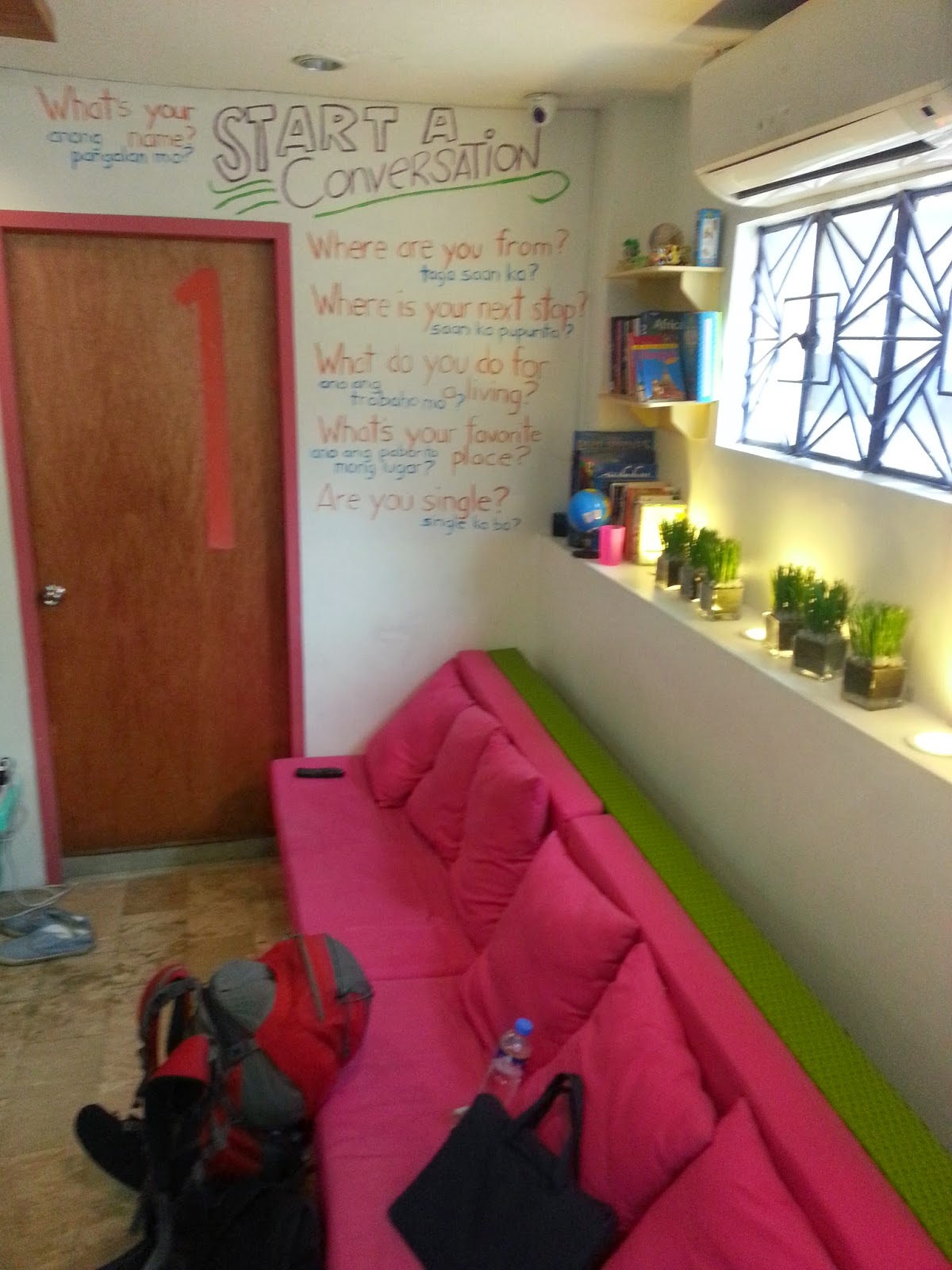 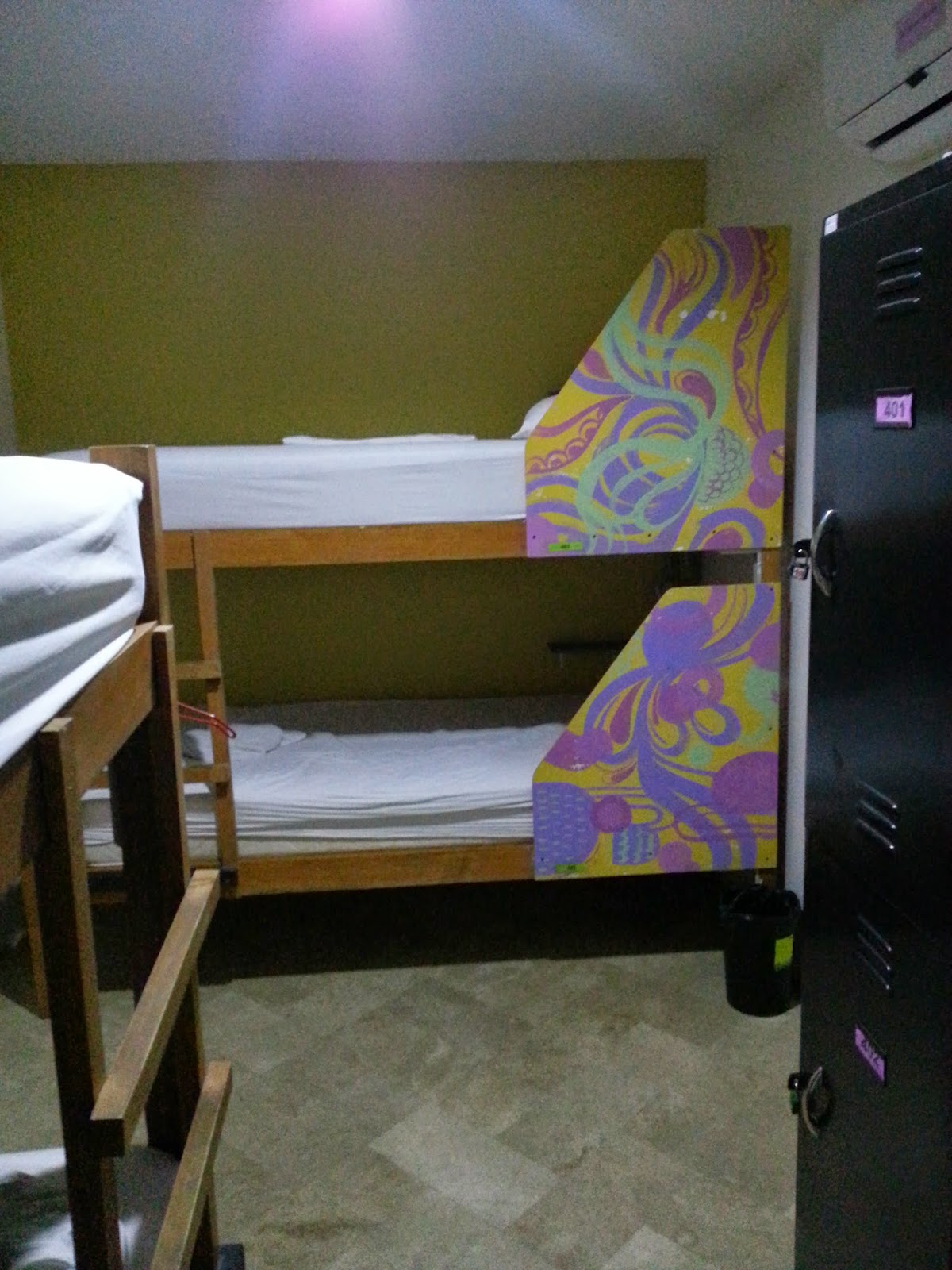 I effectively only had 2 and a half full days in Manila to explore, but it certainly did not damper myself to tick the boxes from my itinerary's checklist.

1. Within the Walls of Intramuros
Intramuros (Within the Walls) or Ciudad Murada (Walled City) is the oldest district rich with history in the capital of Manila, and it was safe to say it was the Spanish ruling center for almost 300 years. You can pretty much expect strong influence of Spanish architecture over this stone walled confinement that contained a city of churches, monasteries, schools and Spanish casa which are Intramuros most notable visit's checklist. Being highly touristy, we boarded a calesa (horse-drawn carriage) for an Intramuros tour.

Bro Tips : Calesa within Intramuros is a classic tourist trap. Highly recommended to confirm the price before boarding. The rider may charge dubious price from what agreed earlier simply because you charted their carriage for more than the allocated time, even by minutes!

Casa Manila is one slightly frustrating museum as photography is strictly not allowed inside. This is probably a model house for the colonial era aristocrats, if you fancy antique furniture and interiors from the Spanish era, this would intrigue you. We paid PHP 75 per person for entry. I actually found that Rizal Shrine (located within the walls of Fort Santiago) was enlightening, being that I was immersed to the life journey of Philippines' national hero, José Rizal that inspire the revolution against the Spanish.

Speaking of Fort Santiago, it was where José Rizal was imprisoned prior to his execution in 1896. During the Battle of Manila in 1945, portions of this Spanish fortress sustained damages but restoration efforts has been carried out, one notable  (and photographed much) restored portion of the fortress is the Main Gate.

You can easily spend up to a day in the Intramuros compound, but I guess if you are not too much of a history buff, half a day should be ample enough. At least that was what I did.

2. Arts in the National Museum of Philippines
Located next to Rizal Park (and not too far from Intramuros), this official repository is where you can appreciate Philippines Arts, Anthropology and Archaeology, Natural History and Planetary and Space Science. There are actually two different buildings for the museum, and somehow due to time constrain, I only managed to visit one. The notable art piece over here is definitely Spoliarium, by the Filipino artist Juan Luna. You may not photograph several roomed art pieces but the others are free for your shutter bug interest. Entrance is free, on Sundays. Otherwise, it would be PHP 150 for adults.

3. Rizal Park
Outsiders like me would see this as a regular, densely visited leisure spot by the locals. However, this park was the ground of several significant events in the Philippines including the declaration of Philippines Independence from the American occupation in 1946, political rallies that led to the EDSA Revolution in 1986 and of course, the execution ground of José Rizal which eventually led to the 1896 Philippine Revolution against the Kingdom of Spain. A guarded Rizal Monument is a memorial and where Rizal's remains were laid to rest here.

4. Rush Hour and Getting Around in Manila
I thought Jakarta's traffic was the most brutal in South East Asia. I was mistaken. Manila's traffic congestion (daily) is on par with Jakarta. Allocate ample time for travel if you wish to reach a certain location on time. Taxi rides starts with PHP 40, make sure you get a taxi driver that uses the meter or else you are certainly guaranteed to be ripped off.

When in the Philippines, you MUST ride like the local and board a jeepney. This local mean of transport is a motorized hop on hop off vehicle that carries up to 20 people to short distances within the Metro Manila. When you board a jeepney, you just pass the cash to the person nearest to you, which will be passed all the way to the driver. Somehow, the locals knows exactly the fare to pay. Me? I travel with a local friend, so I just paid what he paid, the local style (I still haven't got a clue how much I paid, but I think I paid correctly).

The one thing more diabolical than the traffic jam would be the human traffic jam on peak hours at the MRT. In KL, at least you can get to the train after 2 or 3 waiting attempts (although you may be involuntarily having human contacts in the train), but here, expect over an hour wait. Diabolical!

5. San Agustin Church
This Spanish Baroque heritage church is simply breathtaking. The oldest stone church in Intramuros, heck, in the entire Philippines, this UNESCO World Heritage Listed site is another one of the UNESCO site I've stepped foot in. Score! Popular for weddings, this church is blessed (no pun intended, really) with beautiful interiors, from trompe-l'œil ceilings and a high altar.  The San Agustin museum houses Spanish colonial-era vestments, sacred articles, and valuable artifacts.

Entrance fee : PHP 100, although the church itself is free for entrance.

6. Impromptu Cafe Hopping
I initially slotted  myself to visit several cafes when I was in the city, however due to massive time loss from being stuck in traffic and waiting for the friend who was stuck in the traffic, I made the cafe hop as an impromptu agenda, as in I will just drop by as of when I pass by there.

Coming from the mushrooming coffee culture hub of the Klang Valley, I felt that Manila's cafe is not that bad (if not indifferent if I may add). 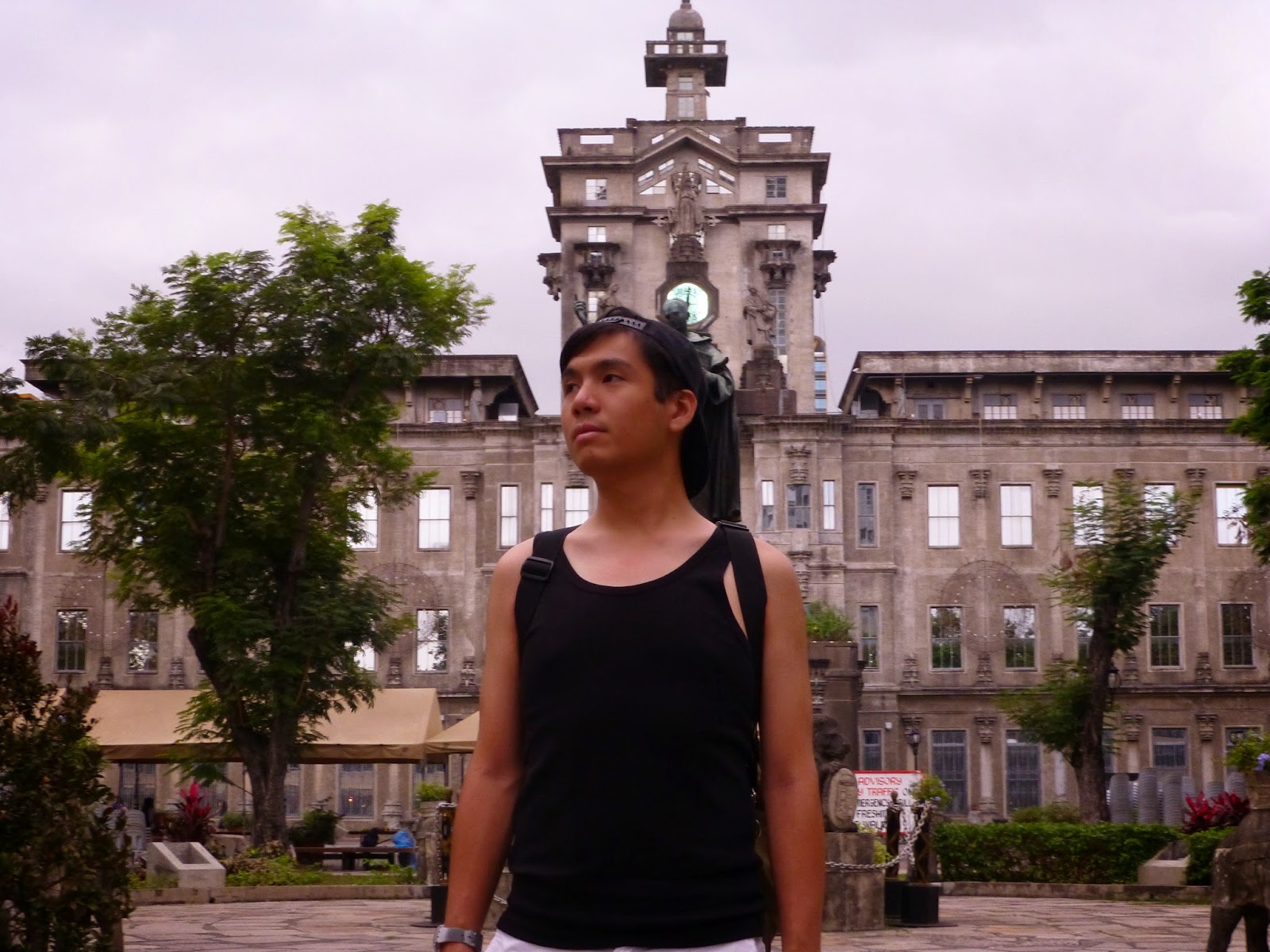 8. The Mistaken Identity of Being a Chinoy
The locals in Manila (and I am not counting the fact that there are more than 150 dialects spoken in the Philippines) speaks fluent Tagalog & English. Carabao English refers to the way local Filipinos speak English (sometimes broken or grammatically incorrect) that is unique here and Taglish, well, are used by the slightly more atas citizens here (English with hints of Tagalog language). For the past 4 consecutive days I was there, I was actually spoken to in pure Tagalog by at least 8 different pinoys there (including the flight attendant). Turns out I actually had the looks of the Chinoy here, or rather Chinese - Pinoys, hmmm. Talk about blending in! :P

9. The Local Food to try in the Philippines
As previously declared, one of the reasons to visit the Philippines, is to indulge in local Filipino cuisine, and I did just that. The very first dinner here I tried the Kare Kare (oxtail or any meat with vegetable cooked in peanut sauce), Sinigang (meat or seafood in sour broth) and Lechon (roasted pork). I plead not guilty for the pork galore here, and I felt that it might be a challenge to find halal food here. Aside from that, the Filipinos are famous for their Sisig (chopped pig innards marinated with calamansi and chili pepper) and Adobo (chicken and/or pork braised in garlic, vinegar, oil and soy sauce). The highlight of my gastronomical adventure here is definitely trying the infamous balut. It actually does not taste bad at all, think of it like you're having boiled poultry and hard boiled egg together.

10. City of Malls
I am not kidding. I think most of my time spent in Manila were actually in malls. Some of the major malls here - namely Glorietta, Greenbelt, SM Megamall have several component malls that are linked near to each other. Malls here abide to strict security inspection, they actually check your bags before entering the mall. Not that I am complaining, they actually check them quite fast. 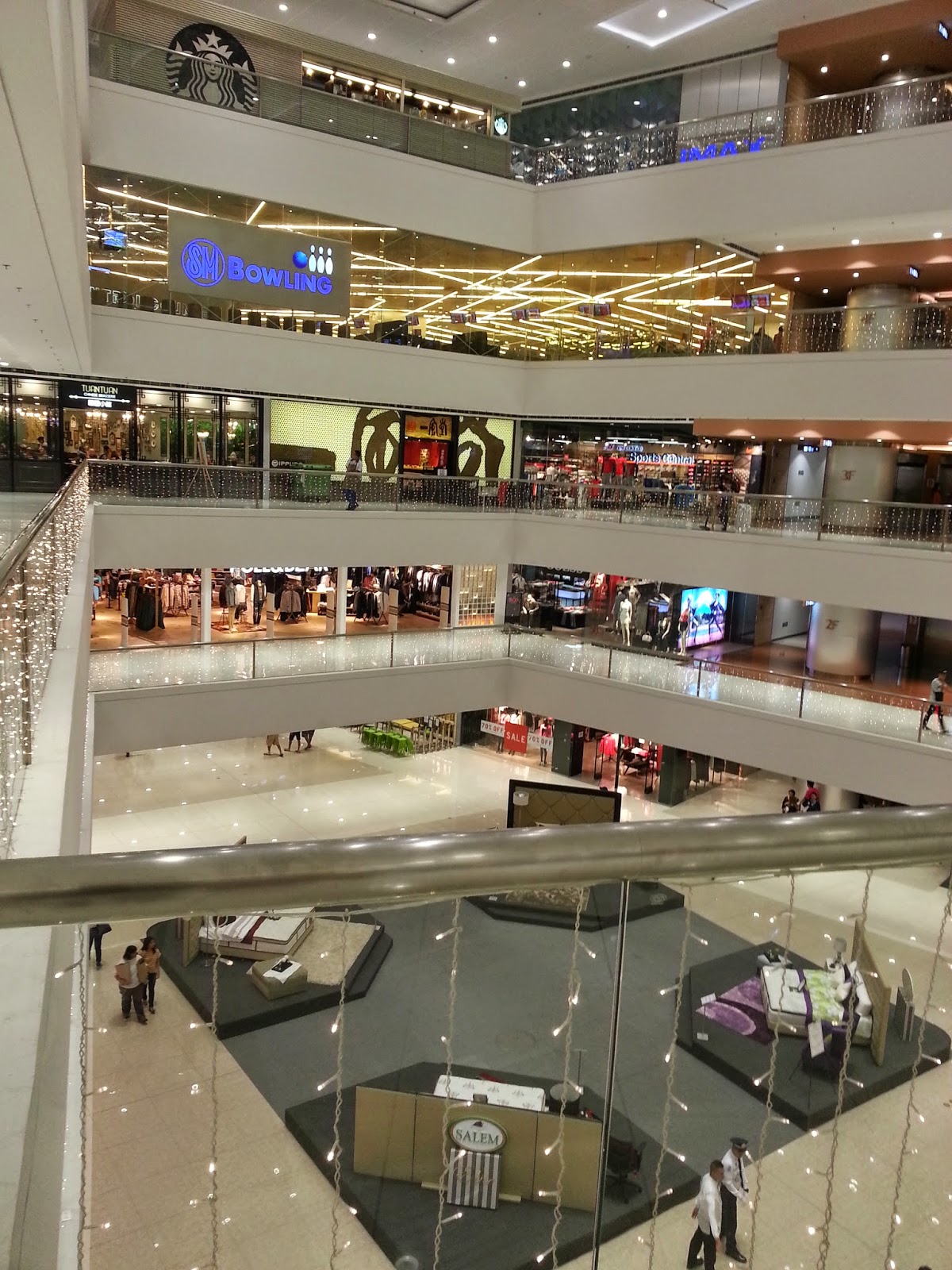 Always allocate ample time to head to the airport, even if you are located near to the airport based on what Google Maps tell you, simply to cheat the infamous Manila traffic. I basically left the hostel around 11 a.m. and arrived Resorts World Manila before headed to NAIA Terminal 4, which is 8 minutes by map but surprise, surprise, almost 20 minutes plus taken to reach there by cab. 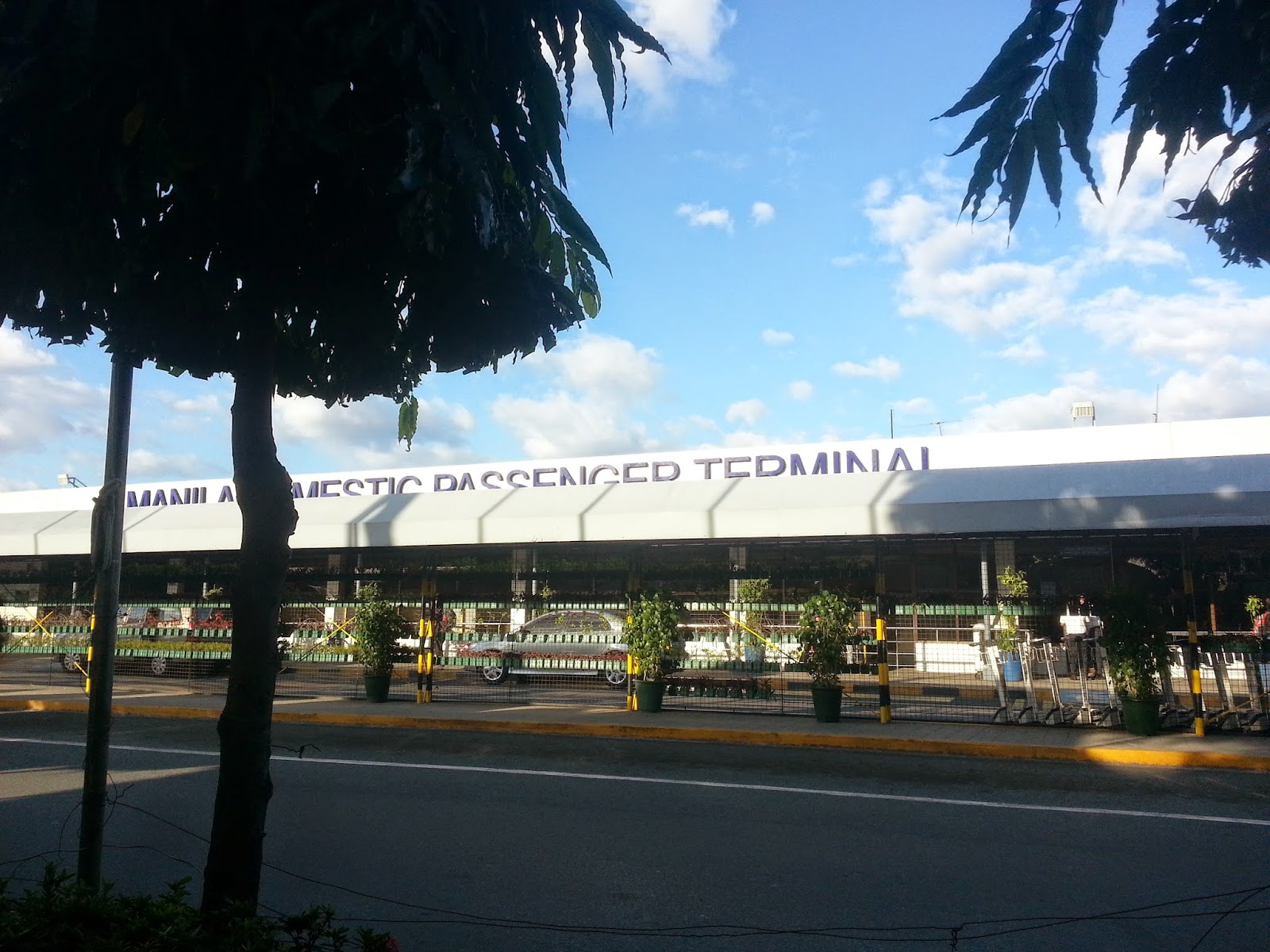 Bro Tips : Upon departure, make sure you have spare cash of PHP 550 for your Airport User's Charge for International Travel (PHP 200 for domestic flights).

I strongly feel that Manila has its own rustic charm albeit the massive migraine from the constant daily traffic congestion, the city is definitely worth the visit (or a pit stop if you may - to Tagaytay maybe the next trip?).